Frank O’Hara (1926-1966), a leader of the “New York School” of poets, was born in Baltimore and grew up in Massachusetts, but the place he is associated with most is New York City. His two dozen volumes of poetry, prose and plays are suffused with the city — as well as with art and artists, as O’Hara was also an art critic and a curator at the Museum of Modern Art.

He lived in several locations downtown, but it was here, on the edge of Tompkins Square Park, that he “probably reached the high point in his writing, both in productivity and quality,” wrote Joe LeSueur, who shared the apartment with O’Hara.

Village Preservation and Two Boots continue their semi-annual program of plaque placement in the East and West Villages with the unveiling of a plaque honoring O’Hara at his residence from 1959 to 1963. Join us for readings by poets Tony Towle, who knew O’Hara, and Edmund Berrigan, plus other festivities. 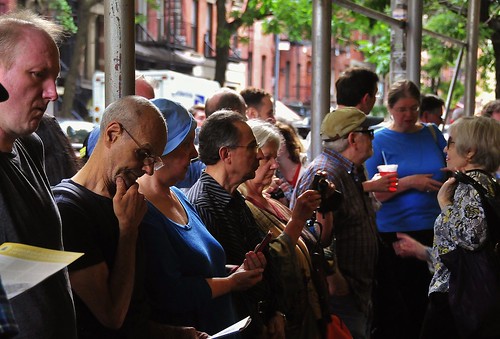