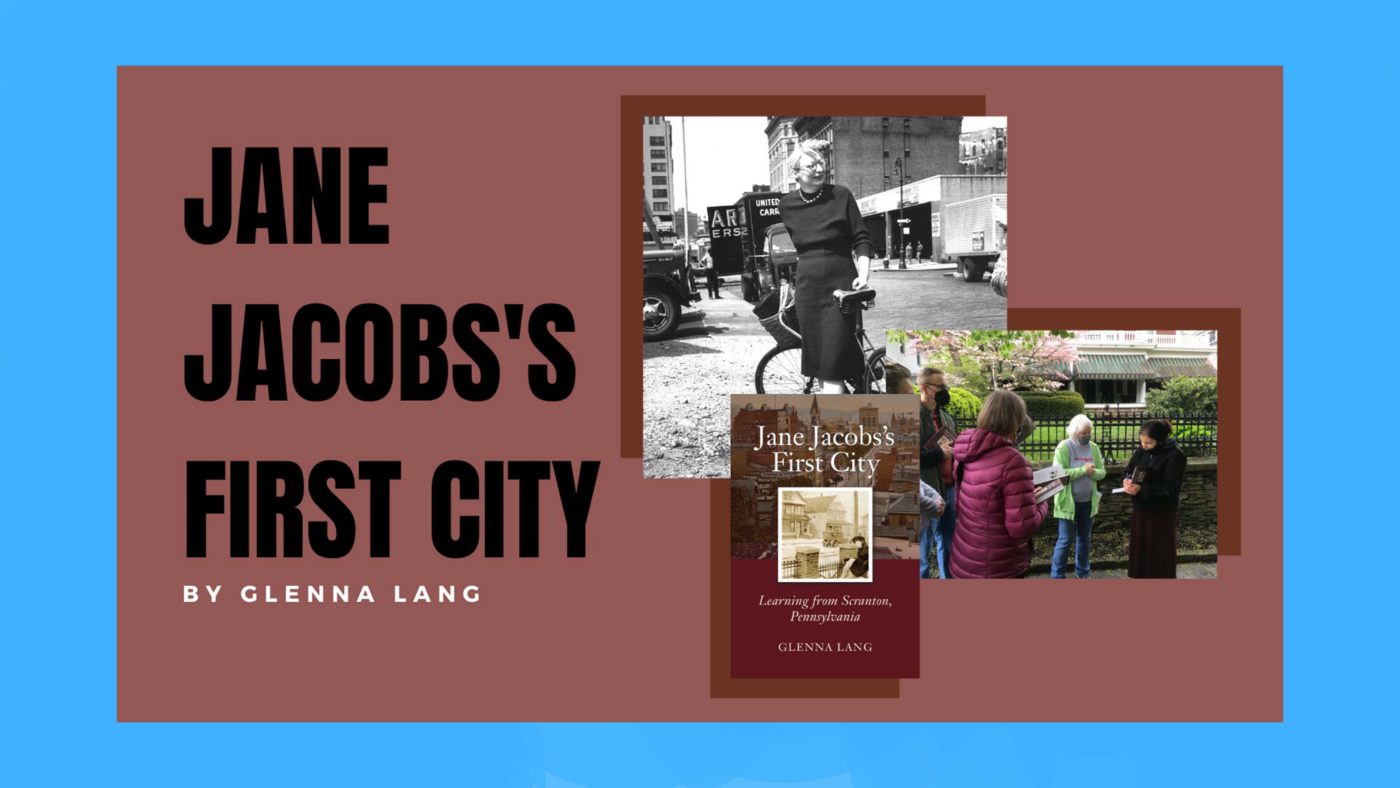 Jane Jacobs was one of the most influential writers of the 20th century, profoundly shaping how we think about how big cities function. But, many don’t realize that she hailed from Scranton, Pennsylvania, or understand how her hometown helped form her and her ideas about cities and their communities, including Greenwich Village.

In the 1920s and 1930s, Scranton was a place of great diversity. Small businesses of all sorts abounded and flourished, and a wide variety of fresh-off-the-boat and established ethnic groups – including African Americans – lived cheek by jowl. Even recent immigrants could save enough to buy a house. Quality public education was cherished and supported by all. Opposing political parties joined forces to tackle problems, newspapers gathered and reported information with a sense of civic purpose and responsibility, and citizens worked together for the public good.

This intimate portrait of Jane and her home city reveals for the first time the individuals, communities, and events that she encountered in her first eighteen years, and recaptures the milieu in which she grew up, linking us to a vanishing segment of American history. Through her fresh-minded observation, which she first practiced in Scranton, and reliance on common sense rather than conventional wisdom, Jacobs discovered what made for vibrant cities and economies as well as the values and principles that accompanied them.

Register now for our virtual book talk and discussion with Glenna Lang, author of Jane Jacobs’ First City: Learning from Scranton, Pennsylvania (Published with New Village Press), to explore Jacobs’s journey from Scranton to the Village and beyond!

Glenna Lang is the author of a previous work about Jane Jacobs – Genius of Common Sense: The Story of Jane Jacobs and “The Death and Life of Great American Cities.” It aimed to inspire young adults but appealed to all ages in the general public and universities. Both the New York Times and Smithsonian Magazine chose it as a 2009 Notable Book. As an illustrator, Lang produced four classic poems as picture books for children with David R. Godine, Publisher. She wrote and illustrated Looking Out for Sarah, about a day in the life of a seeing-eye dog, which won the American Library Association’s Schneider Family Award for the book that best portrays the disability experience. Although she grew up mainly in the Jackson Heights neighborhood of Queens in New York City, she has lived for many years in Cambridge, Massachusetts, and teaches at the School of the Museum of Fine Arts, now part of Tufts University. She has loved spending time in Scranton in her quest to understand the place and period that spawned Jane Jacobs’ world-changing books.

Read more about the book and her research in Scranton at janejacobsfirstcity.com