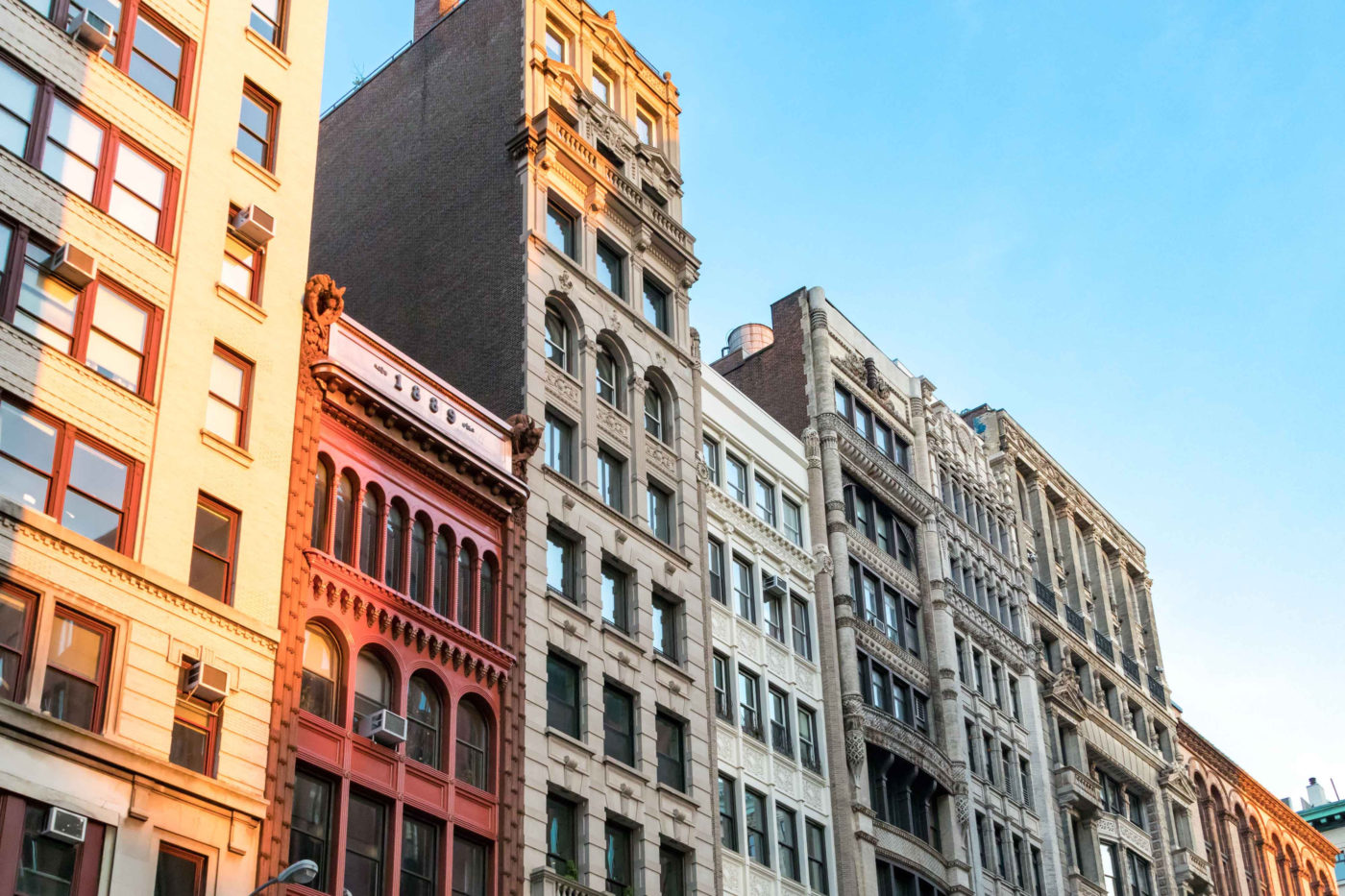 NoHo represents a significant period of New York City’s commercial history from the early 1850s to the 1910s, when this section prospered as one of its major retail and wholesale dry goods centers. Acclaimed architects were commissioned to design ornate store and loft buildings in popular architectural styles, providing a rich fabric against which merchants sold products and shoppers promenaded, looked at display windows, and bought goods. Dotted throughout are also early 19th-century row houses, institutional buildings, turn-of-the-century office buildings, and modest 20th-century commercial structures. Today, the effect of this architectural cornucopia is powerful and unifying streetscapes of marble, cast iron, limestone, brick, and terra-cotta facades. May 13th marks the anniversary of the designation of the NoHo Historic District – join us to mark this anniversary and celebrate this beautiful neighborhood.

Village Preservation’s Director of Research and Preservation Sarah Bean Apmann has worked as an architectural historian in historic preservation for the past twenty years. She received her BA in History from Lehigh University and her MS in Historic Preservation from Columbia University.