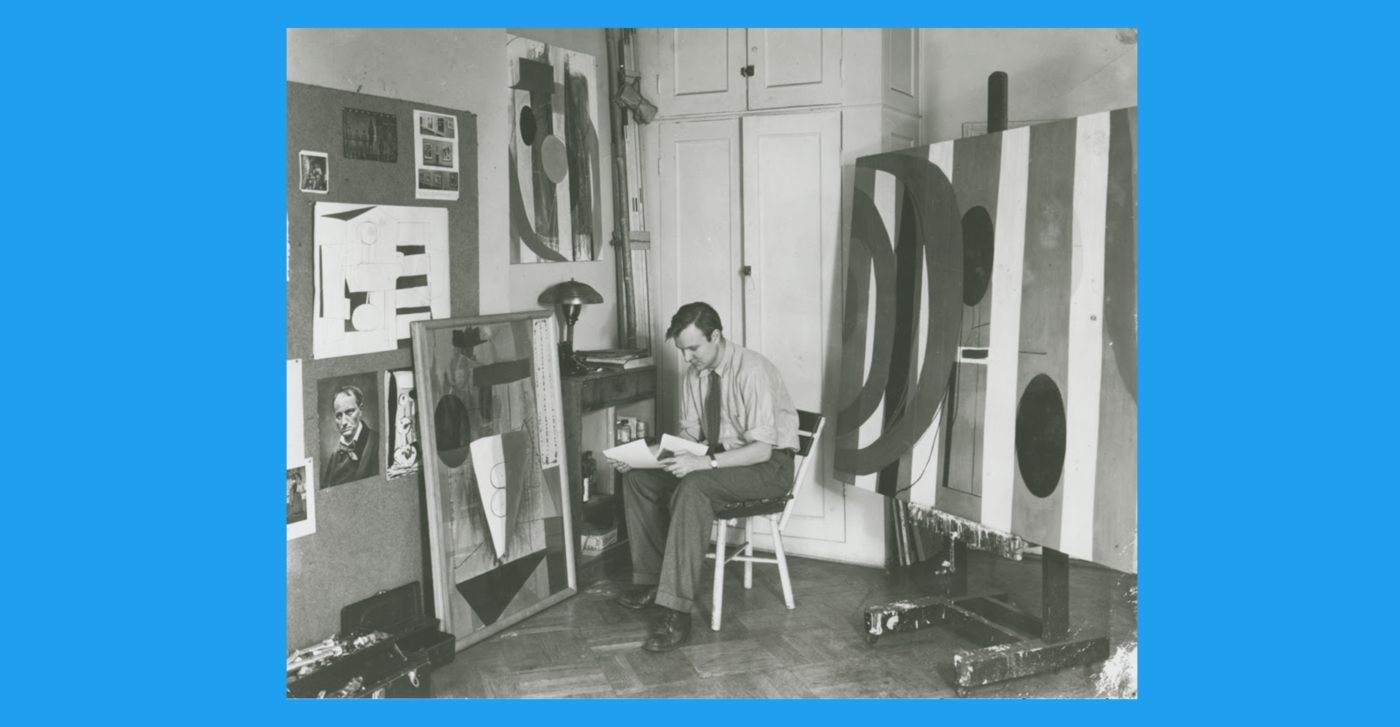 Robert Motherwell (1915-1991), one of the most noteworthy figures of the Abstract Expressionist movement and ‘New York School’ of artists, had a studio during some of his most productive years at 61 Fourth Avenue, in the endangered area south of Union Square for which we are seeking landmark designation. Along with other members of the New York School such as Willem de Kooning, Jackson Pollock, Mark Rothko, and Philip Guston, Motherwell is considered one of the great American Abstract Expressionist painters. Motherwell became the theorist and leading spokesperson of the New York School, giving lectures, teaching, writing, and building relationships with artists around the world. Explore Motherwell’s life, work, legacy, and art at a special panel with Mary Ann Caws, Jack Flam, and Lise Motherwell.

Learn more about Village Preservation’s work to protect the rich history of the area South of Union Square, including Motherwell’s former studio, here.

Professor Mary Ann Caws is Distinguished Professor Emerita of English, French, and Comparative Literature at the Graduate School of the City University of New York. Professor Caws was co-Director of the Henri Peyre French Institute from 1980 to 2002. She is an Officier of the Palmes Académiques and Chevalier of the Order of Arts and Letters (awarded by the French Minister of Education) and a former Trustee of the Alliance Francaise (Washington, D.C.). Professor Caws is a fellow of the American Academy of Arts and Sciences, among a great many other associations and academies, and has received fellowships from the Guggenheim, Fulbright, and National Endowment for the Humanities, among many others; including an honorary Doctor of Humane Letters from Union College in 1983. Learn more here.

Jack Flam is President of the Dedalus Foundation, which was created by Robert Motherwell, and Distinguished Professor Emeritus of art and art history at Brooklyn College and the Graduate Center, CUNY. He is the author of numerous books, catalogs, and articles on various aspects of 19th and 20th-century art, and on African art, and he has lectured extensively at museums and universities throughout the United States and abroad. His honors include a Guggenheim Fellowship and a National Endowment for the Humanities Senior Fellowship. He is the series editor of “The Documents of 20th Century Art,” published by the University of California Press, and an advisory board member of Source: Notes in the History of Art. He has also served on the Board of Directors of the United States section of the International Association of Art Critics. From 1984 to 1992 he was the art critic of the Wall Street Journal, and in 1987 won the Manufacturers Hanover/ Art World prize for distinguished newspaper art criticism. He has published several books on Motherwell, including the catalogue raisonné of Motherwell’s paintings and collages, of which he was a co-author.

Dr. Lise Motherwell, a daughter of Robert Motherwell and a step-daughter of Helen Frankenthaler, is a licensed psychologist who received her PhD in Media Arts and Sciences from MIT’s Media Lab and a PsyD from the Massachusetts School of Professional Psychology.  For almost 20 years she taught and supervised in the Department of Psychiatry at Massachusetts General Hospital in Boston. Dr. Motherwell is currently president of the board of the Provincetown Art Association and Museum (PAAM) and Vice President of the Helen Frankenthaler Foundation board. In 2012, she co-curated an exhibition with Daniel Ranalli of her father’s work titled Robert Motherwell: Beside the Sea.  In 2019, she curated with Elizabeth Smith the exhibition Abstract Climates: Helen Frankenthaler in Provincetown at PAAM, which traveled to the Parrish Museum on Long Island.  She has published numerous articles about artists and art.