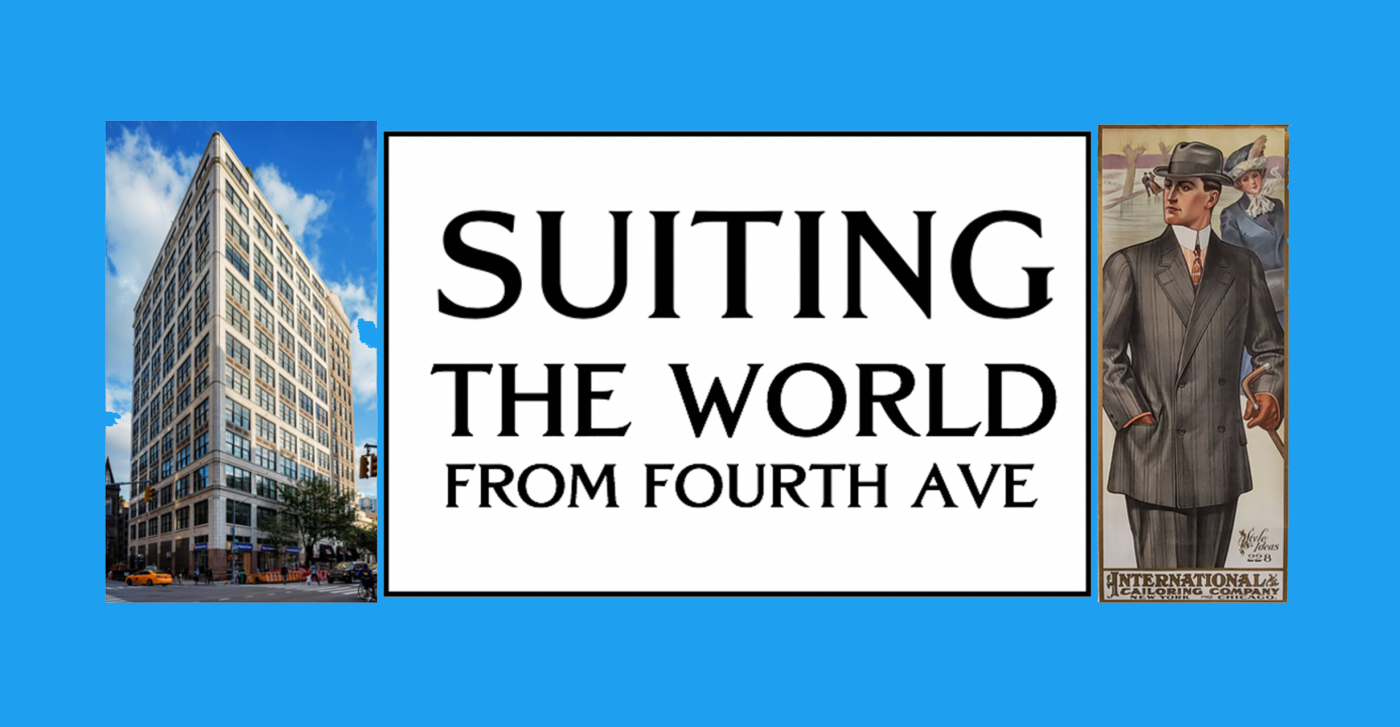 In 1997, when Jeanne Krier moved into a co-op at 111 Fourth Avenue and 12th Street, she was curious about the name “International Tailoring Company” across its facade. An amateur history buff, she began researching the history of the 13-story building and its previous occupants, leading to the building’s re-branding and the restoration of its name as the “International Tailoring Company Building.” Built in 1920, the building was the New York factory and headquarters of a company that manufactured exceptional custom-made clothing for men. Jeanne’s talk will share her path to learn the building’s history and the fascinating details about the land’s previous use as Peter Stuyvesant’s farm and home to a world-famous 19th-century author — all part of the rich but threatened history and architecture of the area South of Union Square, which Village Preservation is campaigning to landmark.

Jeanne Krier has been a Village resident for 30 years. She has been a proud member of the International Tailoring Company Building Board of Directors since 2014 as well as a Trustee of Village Preservation; in both capacities, she has helped to lead efforts to preserve and protect her neighborhood South of Union Square. Over her nearly 40-year career, she has been extensively involved in print publishing for the likes of the University of Notre Dame Press, Scholastic Inc., Princeton Review, and scores of books, 10 of which became New York Times bestsellers. She earned her B.A. and M.A. in Theater and Communications from Indiana University.

Learn more about Village Preservation’s work to protect the rich history of the area South of Union Square, including the International Tailoring Company, here.