The Architecture of the Merchant’s House: A Virtual Tour 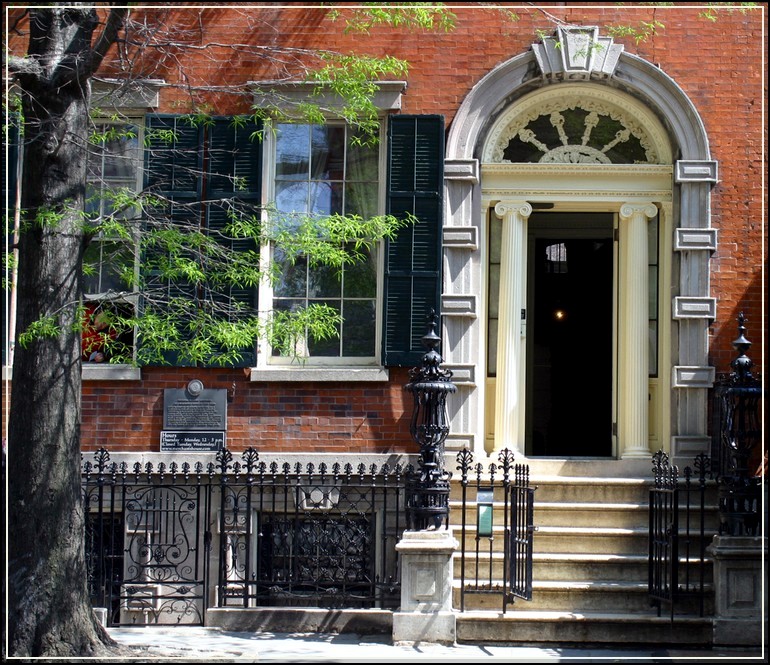 Whether you’ve been to the Merchant’s House Museum before or not, this precious place will come alive as never before in this virtual tour led by Merchant’s House board member and expert Anthony Bellov. Bellov will delve into little-known or rarely noticed fine points of the architecture of the 1832 brick-and-marble rowhouse, an exterior and interior NYC landmark, shedding light on building techniques and the social expectations of New York before the Civil War.

The Merchant’s House Museum is one of the finest surviving examples of late-Federal and Greek Revival architecture. Built in 1832, the Merchant’s House was Manhattan’s first designated landmark in New York City in 1965 and today is one of only six residences with interior and exterior landmark designation. The Museum tells the story of the domestic life of a wealthy merchant family – the Tredwells – and their four Irish servants, as well as the history of when the mercantile seaport of New York City emerged as a growing metropolis and the commercial emporium of America. It is also the only historic house museum in the Greenwich Village/Soho/NoHo neighborhoods, and of course, we love it.

Anthony Bellov holds a Bachelor’s in Architecture from Pratt Institute and a Graduate in Museum Leadership from Bank Street College of Education, and is owner of Anthony Bellov Video Productions, an award-winning boutique video production company based in NYC. He is a long-time volunteer and board member of the Merchant’s House Museum and an aficionado in 19th Century American Decorative Arts and Architecture.