The National Board of Review of Motion Pictures, and Cinema below 14th Street 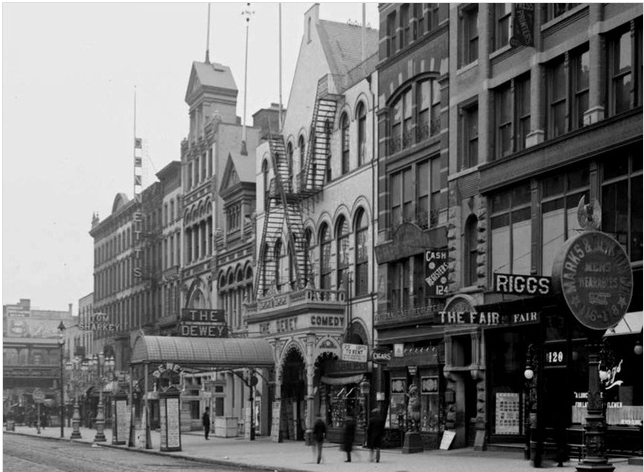 Starting in the 1910s, the National Board of Review of Motion Pictures was located at 80 Fifth Avenue, in the area south of Union Square for which Village Preservation is seeking landmark protections. At that time, the movie industry was located on 14th Street and the Lower East Side was full of nickelodeon theaters. In addition to discussing how New Yorkers became a city of “cinemaniacs,” Jennifer Fronc will address how the National Board sought to fight state censorship of motion pictures. She will also explain the system of “voluntary review” that the organization developed for films. Short clips of silent films will be included in the presentation.

Jennifer Fronc is a Professor of History at the University of Massachusetts-Amherst and the author of two books, New York Undercover: Private Surveillance in the Progressive Era and Monitoring the Movies: The Fight Over Film Censorship in Early Twentieth-Century Urban America. She is a former Big Onion Walking Tours guide.

Learn more about Village Preservation’s work to landmark the National Board of Review of Motion Picture’s former headquarters as part of our south of Union Square effort due to this civil rights and social justice history of this and many surrounding buildings.