Tour of Art in Our Subway Stations 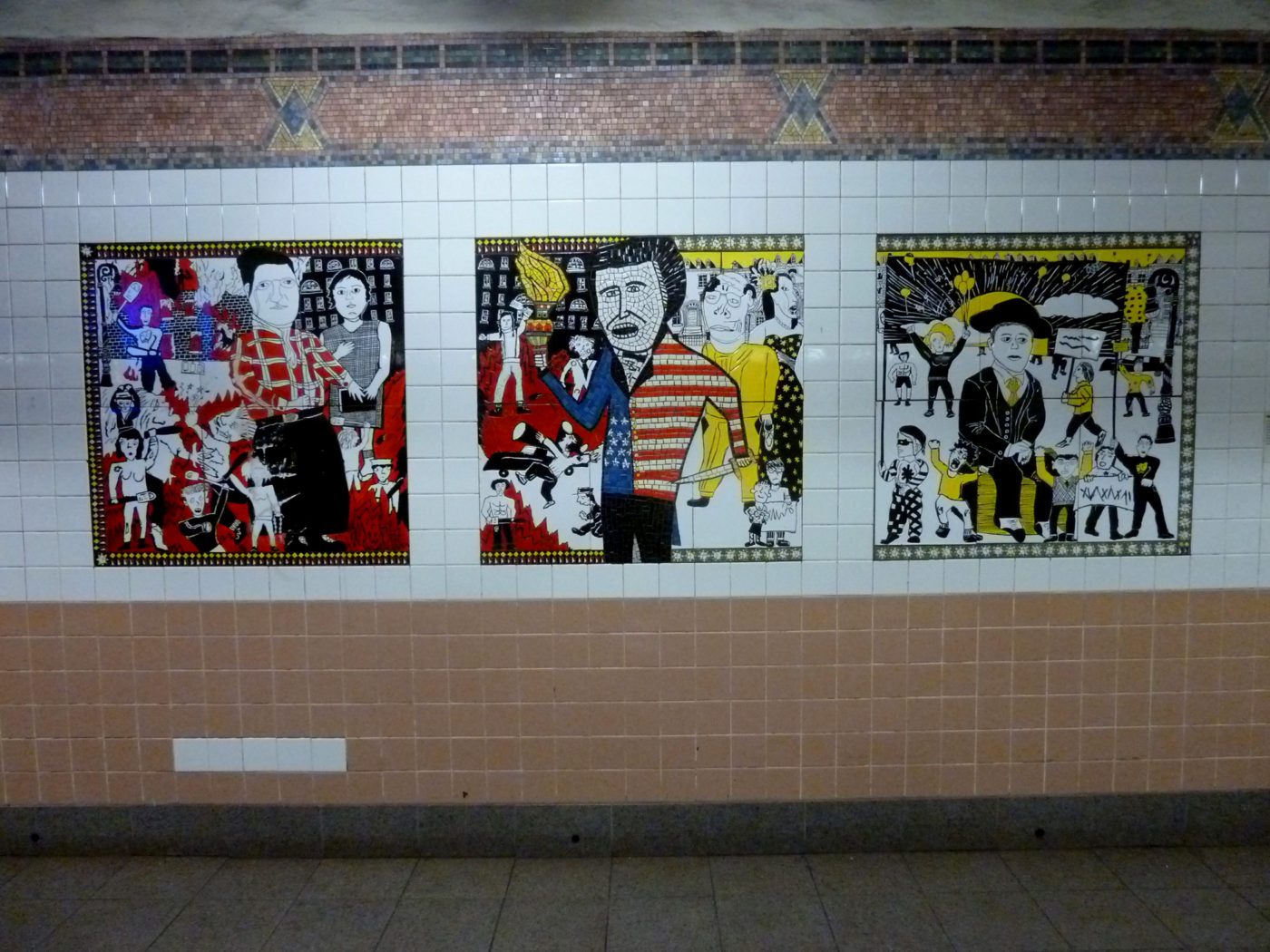 Welcome to art underground, beneath the very streets of Greenwich Village, the East Village, and NoHo! We will be looking in (virtually) on nine different subway stations through photographs and illustrations, highlighting the diverse array of artwork in each and the stories behind them. From purposely commissioned art over more than 35 years by the MTA’s Arts and Design Department, to the original art from the subway’s opening in 1904, we will learn about how the art was made and installed, and the artists who made it, as well as the rich history of our neighborhoods represented in the art itself and the process by which it was commissioned. We’ll also learn a bit of the history of the subway system itself, and how this widely used, sometimes-derided, sometimes admired mass transit system has tried to make room for artistic expression and visual variety. “Step aboard” for an eye-opening ride through the museum at the core of the Big Apple!

Phil Desiere, a licensed tourist guide by the Department of Consumer Affairs of the City of New York, and a member of the Guides Association of New York City (GANYC), enjoys sharing his passion for the Big Apple with tourists and locals alike. Phil came to the tourist guiding profession after a 35-year career as a graphic designer/art director in the publishing industry. His walking tours focus on the art and architecture, the history and tales, and the quirky characters of the Big Apple. Being a tourist guide is the best job he has ever had! From the age of 10 Phil wanted to live in Greenwich Village. For more than 41 years he has lived, loved, laughed, and learned in the City’s most-storied neighborhood!

This event is part of New York City’s Jane’s Walk!