On June 7, 2012 Village Preservation held its 32nd Annual Meeting and 22nd Annual Village Awards in the landmarked Auditorium of The New School.

Want to see more of the 2012 Village Awards? Enjoy a full set of photos below. You can also read Executive Director Andrew Berman’s annual report, and view his accompanying slideshow. 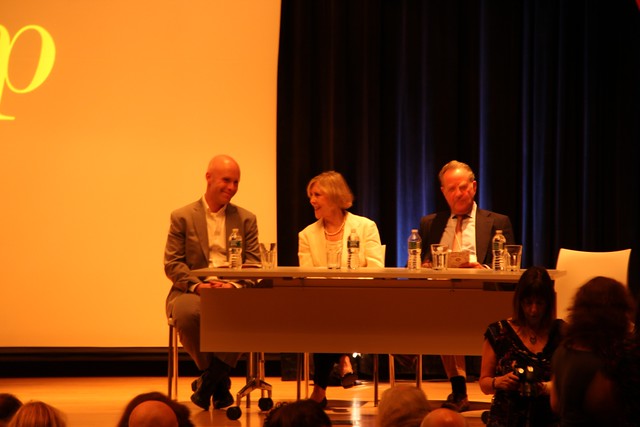 6th Street and Avenue B Garden

The 6th Street and Avenue B Garden was developed beginning in 1982, when a committee of the 6th Street A-B Block Association fought to turn six lots of abandoned, derelict buildings and garbage-strewn lots into usable community space. They petitioned the City’s Green Thumb program for a lease.

When Marilyn Appleberg moved to a walk up apartment on 10th Street in the East Village in 1969, her father jokingly called it a “run up” instead of a walk-up because of the neighborhood’s high crime rate. Marilyn however, saw its potential and has lived on the block ever since, helping to transform the neighborhood along the way.

When you spend an evening enjoying pizza at Arturo’s, you aren’t just enjoying a pie cooked in a traditional coal-fired oven, you are eating at a family-owned establishment that has called the Italian South Village home for more than half a century.

Foods of New York Tours was unofficially launched in 1998 by Todd Lefkovic, a New Jersey native who started coming to the Village in 1977. Todd began giving food tours of the Village to New Yorkers on Saturday afternoons as a sideline job, wanting to share his love of local food and culture. A year later, he quit his day job and officially launched the company. Now Foods of New York has seventeen employees and five separate tour offerings, conducting about fifty tours per week during their busiest season.

Ninety years ago, educator, psychologist, and reformer Elisabeth Irwin founded the Little Red School House, an experimental curriculum in the annex of PS 61 in the Village. While the school has grown over the years—it is now an independent school offering a 14-year experience for students—Little Red continues its progressive curriculum of social justice, active citizenship, and community service.

Rosie Mendez was first elected to the City Council to represent the East Village and parts of NoHo and the Central Village, among other areas, in 2005. In her time on the Council, Rosie has distinguished herself as a strong advocate for public housing, women’s rights, affordable housing, and LGBT equality.

Completed in the spring of this year, the renovation of the small park at the corner of Bleecker and West 11th streets was the result of a true community effort.