Pryor Dodge grew up in Greenwich Village. He first attended the City & Country School, then the The Little Red School House, graduating from its high school, Elisabeth Irwin. He was a Boy Scout at Greenwich House and later continued his classical flute studies at its Music School. Washington Square Park was his playground — he traversed it daily on his way to school.

Elisabeth Irwin had an after school photo club with a fully equipped darkroom. The club was the 12th grade homeroom teacher’s brainchild; he taught camera & darkroom technique. The photos in this collection, which Pryor developed and printed in this darkroom, portray a gentler era in the Park. Traditionally, live music was only present on Sundays, folk and bluegrass for the most part, with no amplification.

Curious and wanting to acquaint himself with its residents, Pryor visited the Bowery over several Sundays — the Sunshine Hotel area was the popular gathering spot for their meager flea market. He would inquire how they came to be living there, their views on the Vietnam War…and offered them cigarettes in return for a photograph.

While living in Paris to study classical flute and produce chamber music concerts, in 1971 Pryor began to form a bicycle history collection specializing in pre-1900 bicycles together with paper ephemera. His desire to share the wonders of bicycle history led to his first exhibition at Soho’s O.K. Harris Gallery in 1983, Antique Bicycles and Related Phenomena, which sparked a national tour (New York: UBSPaineWebber Gallery, 1996; Queens Hall of Science, 2001). His book, The Bicycle (Flammarion 1996), “the most finely illustrated history of cycling ever produced” (The Guardian, Manchester, England), offers a panorama of bicycle history—he now aspires to create a bicycle museum in NYC. Pryor also manages the estate of animal portraitist Ylla (Camilla Koffler, 1911-1955).

Date
1966-1967
Rights
Copyright restrictions may apply. Permission to publish or reproduce must be secured from Village Preservation. 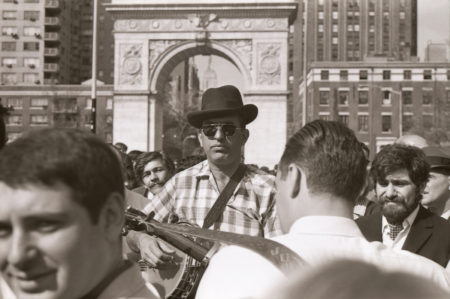 Bluegrass musician Roger Sprung in Washington Square Park, with the Arch behind 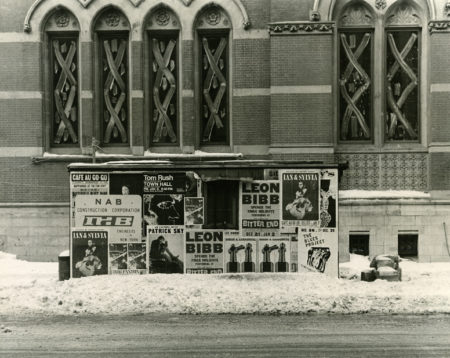 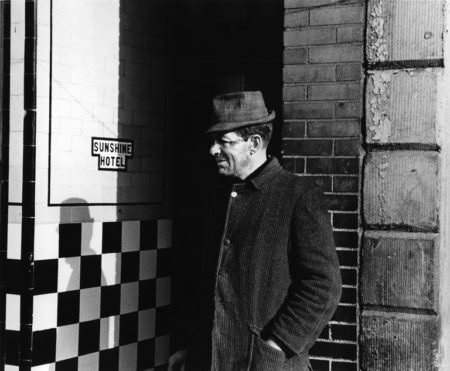 Man standing at entrance to Sunshine Hotel at 241 Bowery 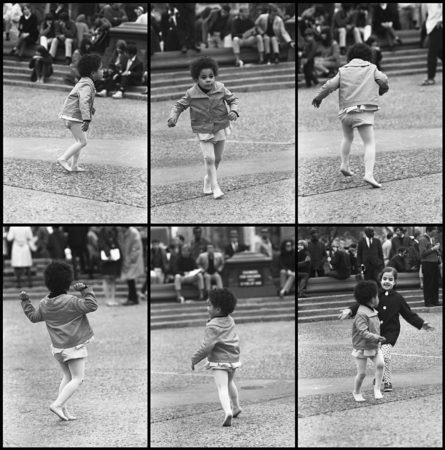 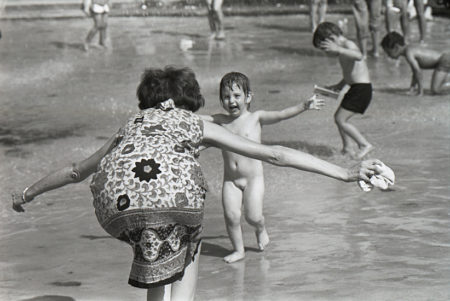 Child and woman playing in fountain at Washington Square Park 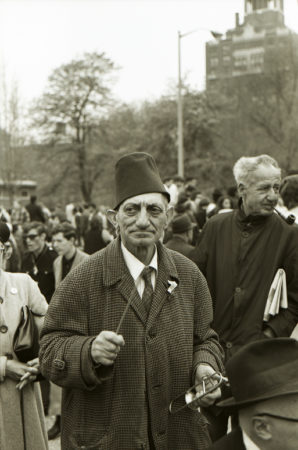 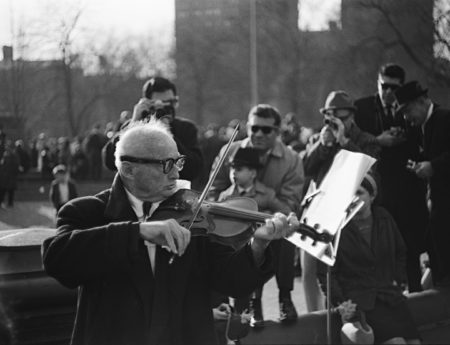 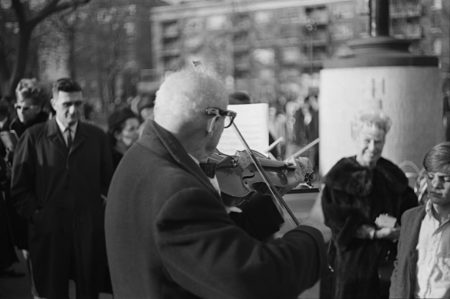 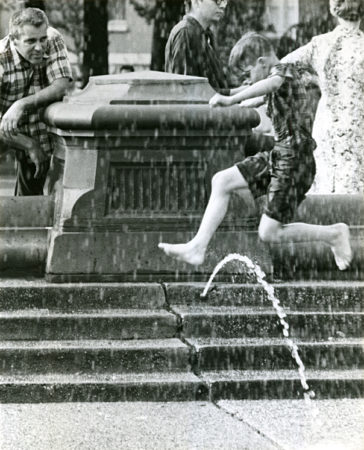 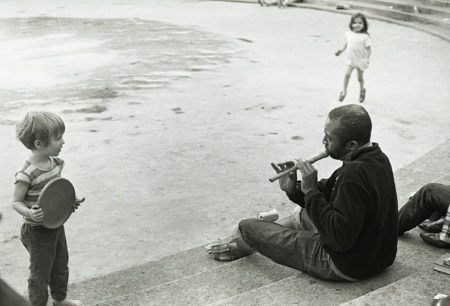 Flutist playing for children in fountain at Washington Square Park 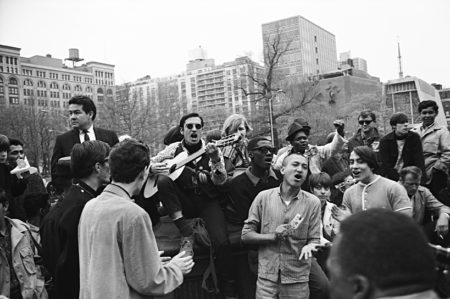 David Rosario (AKA David Peel) with Lower East Side band and Billie Joe White in Washington Square Park. 44 West 4th Street and 1 Washington Square Village (first two buildings on the left) and the Catholic Center at 58 Washington Square South (first building on the right, now demolished) are visible in the background. 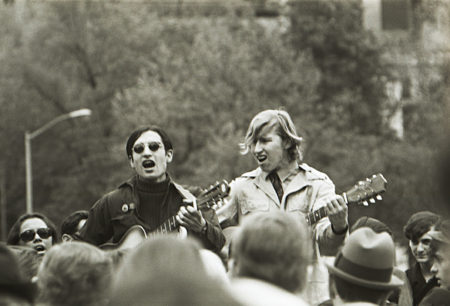 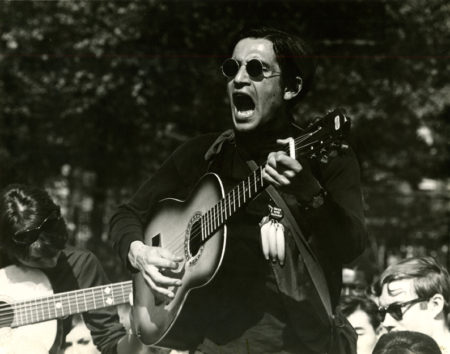 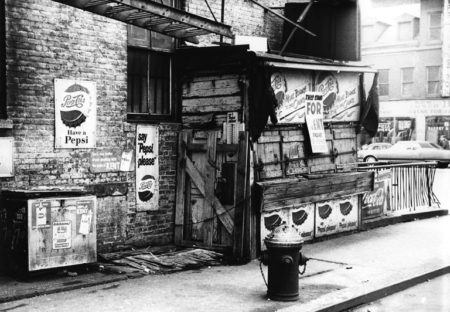 213 Bowery at the corner of Rivington Street, looking west 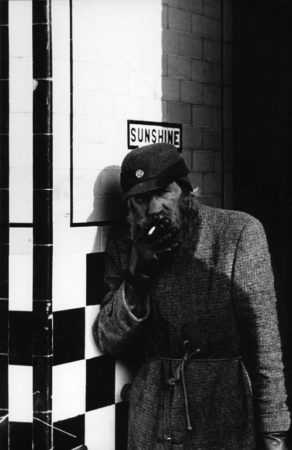 Man smoking in the entrance of Sunshine Hotel at 241 Bowery