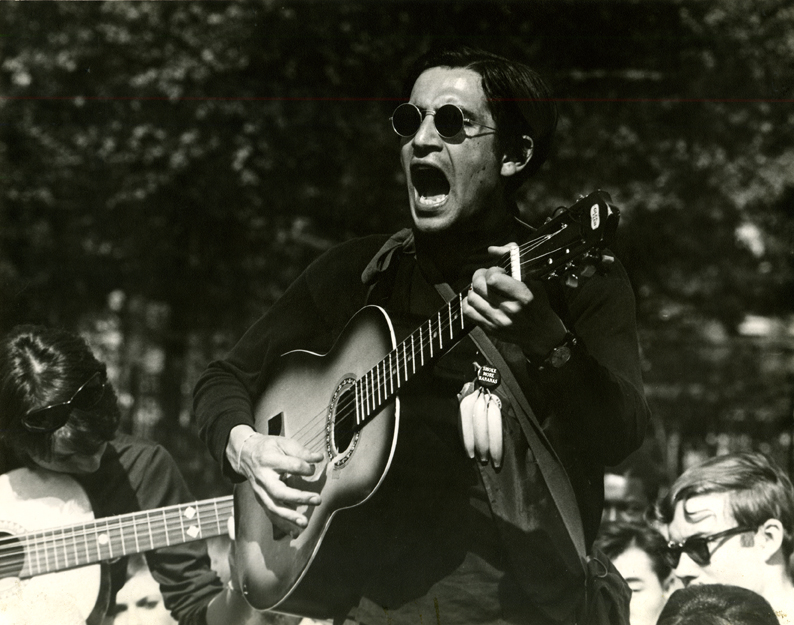 Folk musician David Rosario founded the band Lower East Side, which commonly performed in the streets of downtown New York City. He was known as “David Peel” in reference to a banana peel, which was thought to produce a marijuana-like high. In the early 1970s, David Peel collaborated with John Lennon and Yoko Ono.