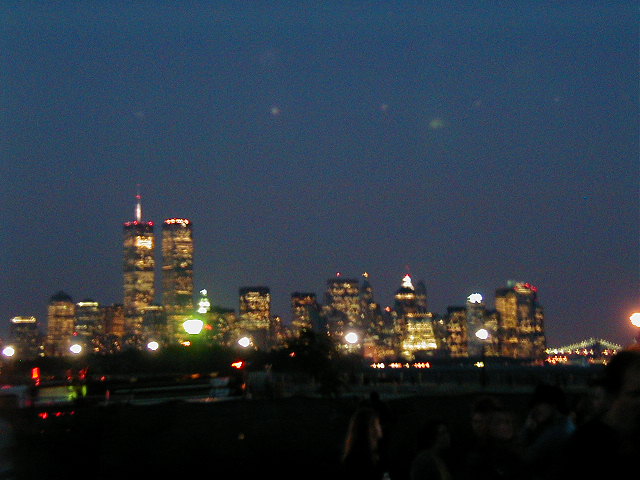 Deborah Kadetsky moved to NYC from Philadelphia in August of 2000. On August 16, 2001, she attended a Radiohead show at Liberty State Park. She was the only one of her group of friends with a digital camera and snapped this skyline view from the grounds that night. It would end up being her only photo of the towers. She was living on Roosevelt Island at the time but has been a Village resident since 2003.