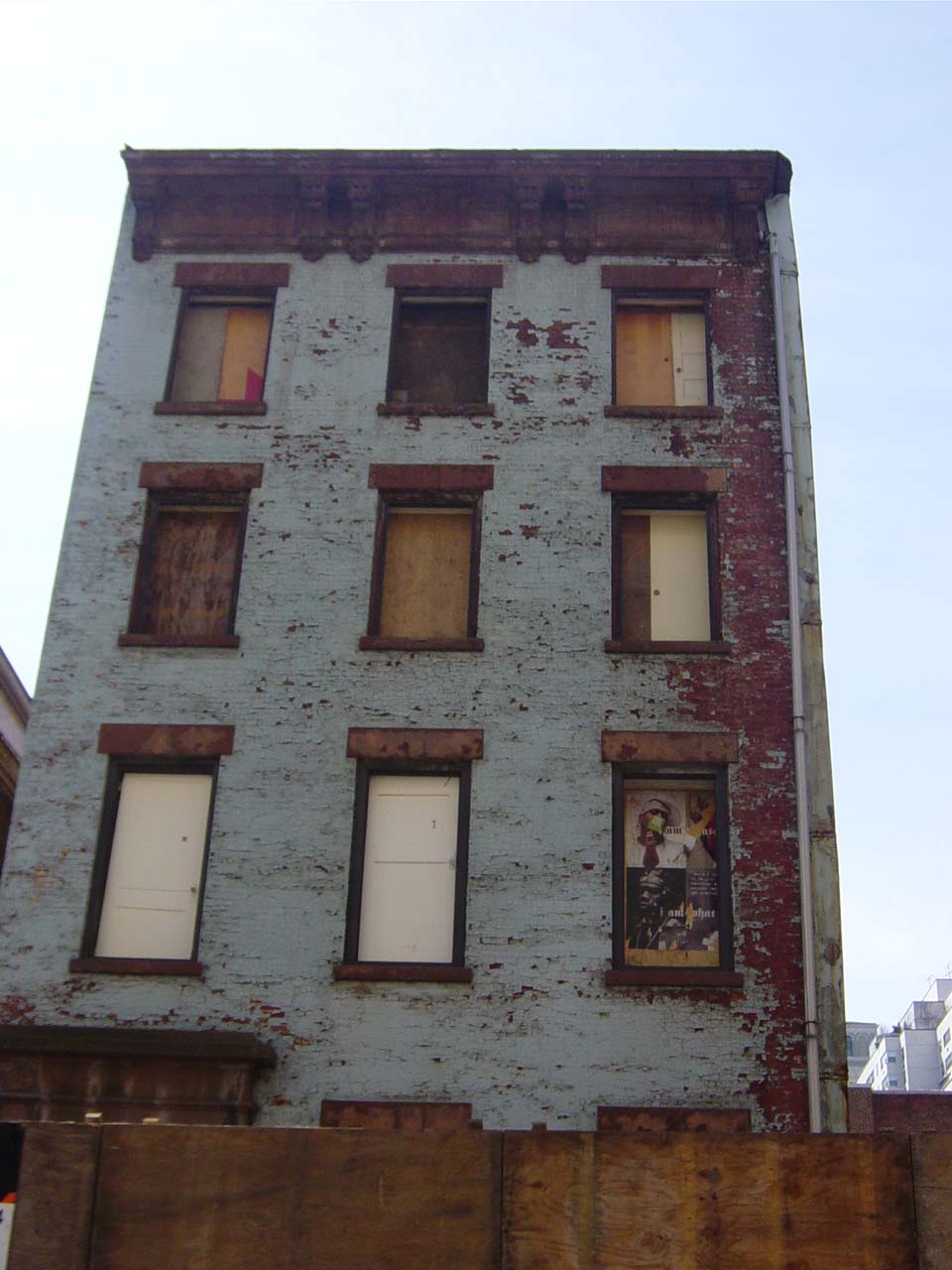 The church tower was built in 1847 and the nave in 1870 to the designs of renowned architect Napoleon LeBrun.  At the time of demolition in 2005 to make way for NYU’s Founder’s Hall, it was one of the only structures in all of New York City to have served what had been the city’s three main religions – it was originally a Protestant Church, later became the first home of Temple Beth El synagogue, and served as an Armenian National Shrine for the Roman Catholic Church.  The demolished rectory (blue brick building) dated to the 1840’s.

Click here to read about the former St. Ann’s Church.