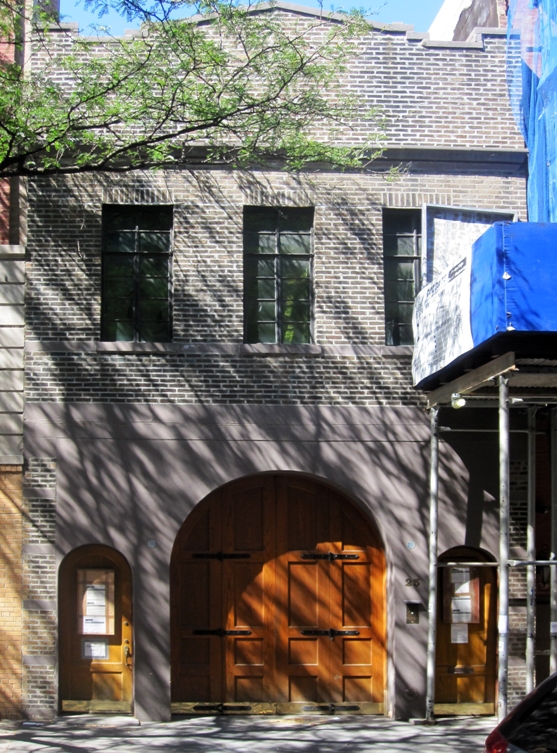 A utilitarian style stable building designed by Charles B. Meyers and built in 1912. Application is to construct a rooftop addition and reconstruct the rear facade.

Status as of December 14th, 2010: LATEST NEWS
The applicant presented the revised proposal to the Landmarks Preservation Commission at a public meeting on December 14th.  The applicant proposed lowering the penthouse an additional 2 feet and the pergola an additional 6 feet from what was proposed on November 9th. The Commission voted to approve the revised application.

Comparison photos of the original and revised proposals are below:

Status as of December 10th, 2010:
The applicant will be returning to the Landmarks Preservation Commission with the revised proposal on December 14th, 2010.

Status as of November 9th, 2010:
The applicant presented the proposal to the Landmarks Preservation Commission at their public hearing on November 9th. The Commissioners all agreed that while they liked its design, the proposed addition should be slightly scaled back in size. The applicant is to work with Commission staff on this change and return for a public meeting at a later date TBD. At this time, the public comment period for this application has closed.

1) Construct an addition and a steel-framed pergola on the roof
2) Reconstruct the rear facade, which was demolished prior to the designation of the historic district
3) Paint the front doors black and repoint the brick on the front facade

Photos of the proposal are below: