On September 6, 1981, the infectious and other-worldly sound of Tom Tom Club’s “Genius of Love” was unleashed upon the world.  The song became a club hit on both sides of the Atlantic, and in the decades since its synthetic riffs have become among the most recognizable, and the most sampled, in pop music history.

As Off the Grid readers know, we love a good musical distraction as much as the next person — just see our posts on 80’s Music Videos or album covers.  But in keeping with the spirit of the blog, we thought we’d mark this anniversary by highlighting the deep downtown roots not only of the transformative sound of Genius of Love, but of the pop artist behind its equally memorable video and cover art as well.

Tom Tom Club was actually a side project of the Talking Heads, formed by the husband and wife team of drummer Chris Frantz and bassist Tina Weymouth.  The band was centered around Compass Point Studios in Nassau, the Bahamas, where they recorded (and from which most of the additional musicians who performed on the band’s albums came), and derived its name from a dancehall in the Bahamas where they rehearsed for the first time while on hiatus from the Talking Heads.  However, Frantz and Weymouth and the Talking Heads got their musical start  in the downtown punk and new wave scene of the 1970’s, with their very first gig as the Talking Heads opening for the Ramones at CBGB’s on the Bowery on June 20, 1975.

Unlike some of their cohorts in the CBGB’s scene, such as the Ramones, Television, and Richard Hell and the Voidoids, whose sound strictly adhered to the three-chord, guitar, bass, and drum formula of punk, the Talking Heads and the Tom Tom Club integrated many other influences into their music.  Both the Talking Heads and Tom Tom Club were known for mixing African rhthyms, reggae, and most notably that other revolutionary musical sound emerging from New York in the 1970’s, hip hop, into their punk/new wave sound, not unlike their other CBGB’s classmates, Blondie.

Genius of Love, the second single from Tom Tom Club’s first eponymous album, showed this mix in full bloom.  The lyrics not only reference rapper Kurtis Blow, “Godfather of Soul” James Brown, Motown legend Smokey Robinson, and reggae artists Bob Marley and Sly and Robbie, but the electronic beats were a heady mix of contemporary new wave, dancehall, and hip hop.  The song shot to the top of the American Dance Singles Charts, but also reached #2 on the U.S. Rap/Hip Hop charts and #24 on the U.S. Mainstream Rock charts (how many songs can claim that sort of crossover success?).  The song eventually reached #31 on the U.S. Billboard Hot 100 charts, Tom Tom Club’s sole top 40 hit.

Perhaps as distinctive and memorable as the sound of “Genius of Love” was its visual presentation in the accompanying music video, single and album cover art, by pop artist James Rizzi.  Born in Brooklyn, Rizzi got his start staging an outdoor exhibit in Washington Square Park in 1973 and moved into a studio space on Sullivan Street in the South Village/SoHo in 1975, where he remained for decades.

Rizzi not only lived and worked on Sullivan Street, but he helped transform the street itself into a work of art.  Rizzi painted a roughly four foot high, one hundred foot long mural which stood on a wall on the west side of Sullivan Street between Spring and Broome Streets for many years.  Sadly, the mural was mostly destroyed as the adjacent gas station was shuttered for a planned development; faint traces of Rizzi’s great piece of pop public art could still be discerned on the concrete wall for many years later, but are now gone (if any Off the Grid readers either have or know of an image of the mural before it was destroyed, please share it with us!).

Celebrate Genius of Love’s anniversary with the video, with music and art by downtown denizens Tom Tom Club and James Rizzi: 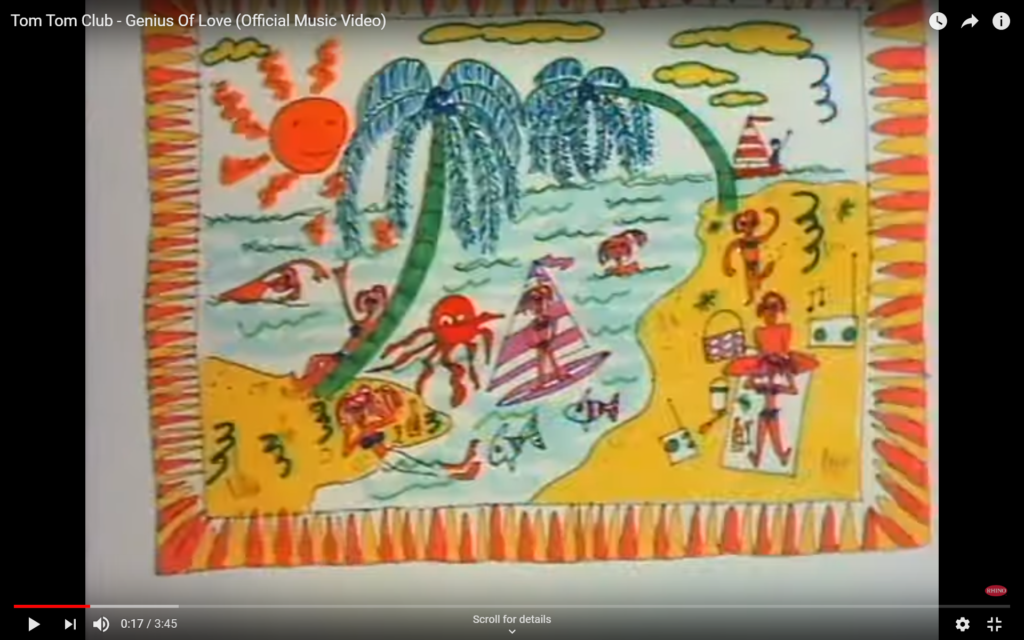 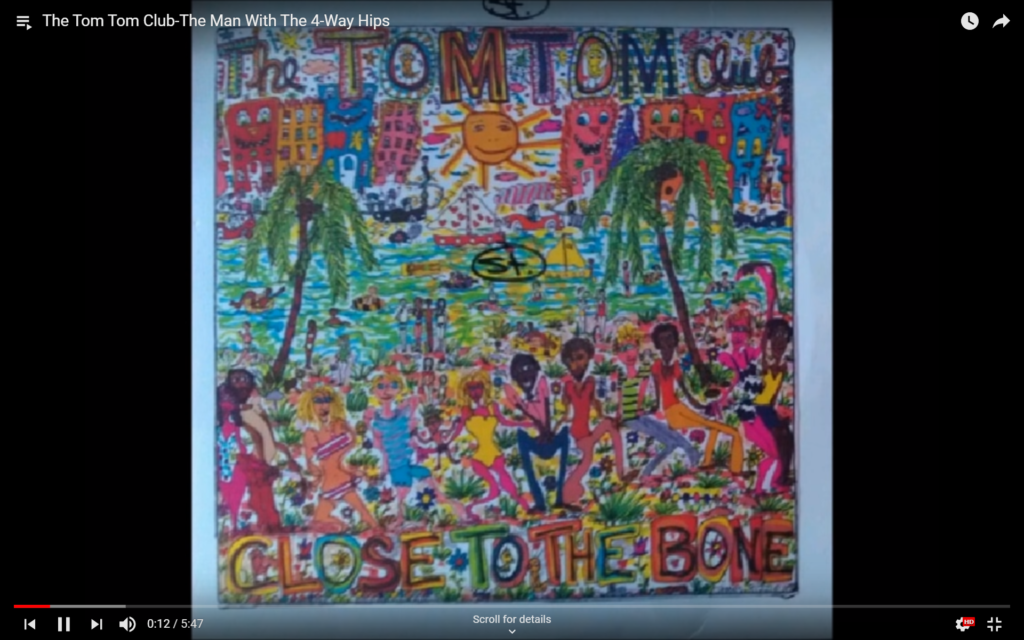