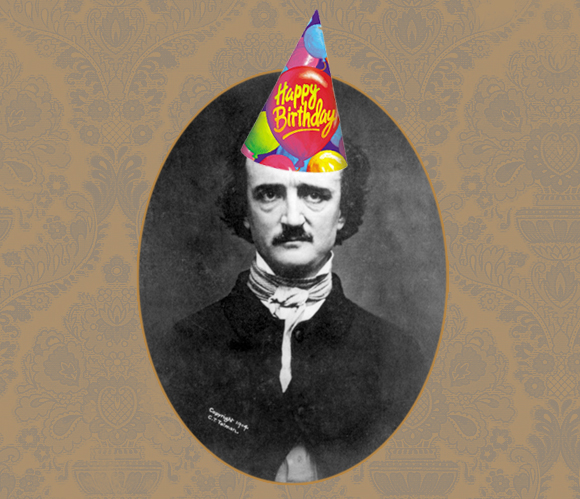 Today we celebrate the birthday of tortured but beloved poet and writer Edgar Allan Poe. Born in Boston in 1809, and long associated with Baltimore, Poe called New York City home on several occasions during his lifetime. Of particular interest to GVSHP was the time the poet and author spent in the Village.

In addition to likely living on Carmine Street and Greenwich Street, Poe was confirmed to have lived at 85 West Third Street in the South Village. From 1844 through early 1846 Poe resided here before moving north to a cottage in the Fordham section of the Bronx. It was during this time on 3rd Street (originally named Amity Street) that Poe wrote The Cask of Amontillado, and revised and published The Raven. It was the publishing of The Raven that gained Poe wide notoriety during his time (though it earned him little money).

When NYU proposed construction of Furman Hall for the use of its Law School, planners proposed demolishing Poe’s residence as well as neighboring Judson House, which was renovated by noted architectural firm McKim, Mead & White when Judson Church was built on Washington Square South. After a bitter fight with the community and preservation organizations, the university agreed to incorporate the building’s facade into the new structure.

Upon completion of the new building , it became immediately obvious that NYU had not in fact retained the original facade, but had installed a strikingly poor facsimile, fabricated with modern materials.

Of course this isn’t the only example of NYU’s spotty track record of demolition of historic properties and out of scale/character new development — we’re also thinking of you, Provincetown Playhouse and Apartments and NYU’s giant 20 year expansion plan.

At least we’ve made some significant progress since then in reining in NYU’s demolition and development plans.