Following a recent post about the Roman Catholic Church of Mary Help of Christians at 440 East 12th Street, we conducted a Q & A with one of its parishioners, Janet Bonica.

Mary Help of Christians is one of the many magnificent churches in the East Village with rich history and striking architecture that should be preserved. The Church has been closed since 2007, though it still holds a small mass on Sunday. Like many in the community we are concerned that the closure of the church could lead to the buildings – church, school, and rectory – being demolished to make way for new and inappropriate development. Certainly we would hate to see Mary Help of Christians end with the same fate as St. Ann’s on East 12th Street. Despite our urgent plea to the Landmarks Preservation Commission to landmark the buildings, the future of these richly historic church buildings remains in doubt.

Janet has lived in the East Village her whole life and was a leading voice fighting the closure of her church and advocating for its designation as a landmark. Janet has generously agreed to share some of her memories with us. 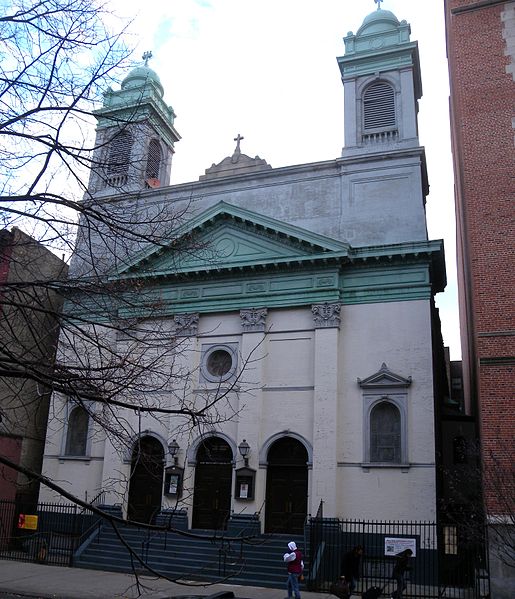 How long were you a parishioner at Mary Help of Christians?
I had been a life-long parishioner since my baptism in 1953, but my family connection to Mary Help of Christians (MHC) goes back to 1909. My parents were married at MHC in 1946, and my paternal grandparents were married at MHC in 1909 when it was a chapel across the street from the present structure. I was a parishioner at MHC until the day it closed in 2007.

What are your fondest memories of the church?
I always remember the warmth, the sense of family, and the community spirit. It was a very loving community. In times of trouble, we always turned to Mary Help of Christians Church, and we were welcomed with open arms. Our church was always the heart of our community. There were always activities for young and old alike.

I think my favorite memory was the living Rosary we had in my seventh grade class. The children were the beads of the Rosary, each one holding a candle. Each student was lined up around the church in the shape of a Rosary. When it was the student’s turn to say the prayer, the candle would be lit. This was all in a darkened church. I remember my mother saying it was one of the most moving and beautiful experiences she had ever had.

From our research of the East Village we have seen that there were tremendous festivities in the neighborhood for the Feast Day of the patron of the Church. Can you tell us what the Feast Day like?
The feast day of our patroness, Mary Help of Christians, is May 24th. We always had a big celebration on the Sunday closest to the feast day. We would always start with a bilingual Mass since the mission of the parish was to minister to an immigrant population. In the early days, the Mass was in English and Italian; in later years, the Mass was in English and Spanish.

We would have a large procession through the neighborhood, culminating in the May crowning in the church. When the playground was created in the 1960’s in what is now known as the church parking lot, there would be rides and games and an outdoor bazaar for the children. Because of this tradition, the church considered it a fitting end to celebrate the feast of Mary Help of Christians at the final Mass in 2007.

What was the role of the church in the Italian community in the East Village?
Our church always ministered to the immigrants and to the poor, and they engaged the neighborhood youths in various activities. The church was there to guide the people as they arrived in this foreign land. They continued this tradition as the demographic shifted from an Italian population to an Hispanic population.

They had various societies within the church, such as the Daughters of Mary Help of Christians. I can remember my maternal grandmother sitting with her society in church, with their pink ribbons and medals worn proudly around their necks. All of your neighbors attended the same church. 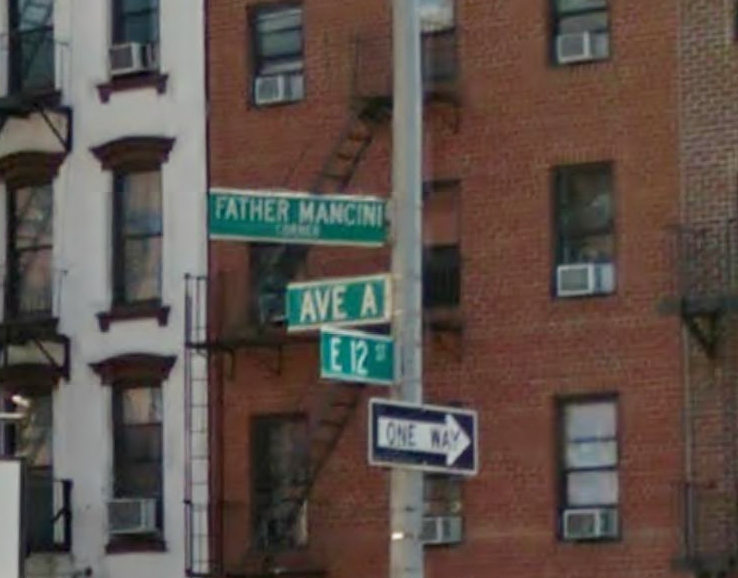 The corner of East 12th Street and Avenue A was named in honor of Father Mancini, a parish priest from 1949 to 1986. What was he like?
I smile when I remember Father Mancini. He had this big booming voice, and he used to sing the hymns at the top of his lungs. I can still hear him singing, “Tantum Ergo” as he processed with the incense. He was a wonderful, kind, selfless man who loved his church and his parishioners.

I remember that my aunt wanted to give him money to buy a new suit. He replied that his suit was perfectly fine, and he asked her to put the money in the poor box where it would go to those in need. That was typical of Father Mancini.

You attended the parochial school at Mary Help of Christians.  What do you remember most about being a student there?
I attended MHC school for grades 6, 7, and 8, and they were the best 3 years of my life. I transferred from public school after the 5th grade. I had always been at the top of my grade, and I suddenly found myself behind and unable to keep up. My 6th grade teacher, Sister Mary Sedita, worked with me every day after school. I graduated from MHC at the top of my class.

The Salesian Sisters were wonderful. They loved the children and worked hard to give us a good foundation.

I feel like I will always be tied for life with the friends I made there. We share a very special bond. While we did lose touch, we are now finding each other again after all these years. The reunions have been tearful and heartwarming.

When you heard the church was closing what was your reaction?
DISBELIEF, SHOCK, ANGER, INCREDIBLE LOSS.

Our very foundation was pulled out from under us. We were always told that being a Catholic was more than just going to Sunday Mass; it was being a part of a parish community. We had a vibrant, active community, and it was taken away from us.

If Mary Help of Christians Church is demolished, I don’t think I will ever be able to go past that property again.

There are no words to describe the loss I feel. It is as deep as losing a beloved family member and, tied to the loss of the church, is the loss of our beloved Salesians of St. John Bosco. I cannot help but feel that we lost our church because it is sitting on a valuable parcel of real estate.

Please tell us about your efforts to save the church —
As soon as I heard that MHC was being considered for closure, I immediately applied for landmark status for our church. I reached out to the Landmarks Conservancy because they seemed active in preserving what they call “Sacred Sites,” and they included MHC on their list of sites worth preserving.

I, as well as everyone else, wrote to Cardinal Egan. The parishes being considered for closure were given the opportunity to appeal the decision at the New York Archdiocese. We all felt that our appeals were an exercise in futility; we felt the decision had been made to close the church. We even had a group write up a legal appeal which was sent to the Vatican.

I also wrote a letter to Mayor Bloomberg.

Obviously nothing helped. My initial request for landmark status was denied. This second request from GVSHP was also denied. I cannot help but feel that the Landmarks Preservation Commission was told to keep away from the churches, and how sad is that?

You can read the request we sent to the Landmarks Preservation Commission to consider designation of Mary Help of Christians here.  To learn about ways to become involved with GVSHP and take action on an advocacy campaign please click here.