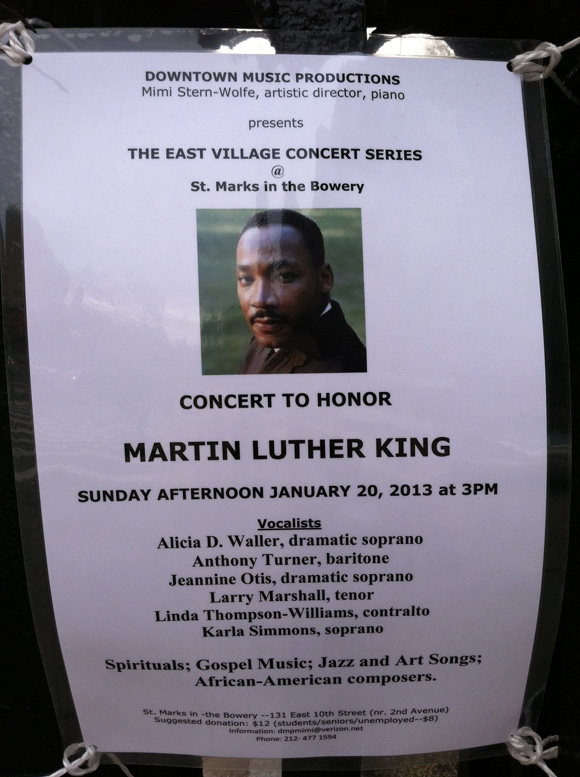 Today would have been Martin Luther King, Jr.’s 84th birthday. The iconic figure of the Civil Rights Movement, assassinated on April 4, 1968, will be honored with a concert this Sunday, January 20th at St. Mark’s Church-in-the-Bowery.

As the flyer posted on the fence of the churchyard indicates, the concert will include numerous vocalists singing spirituals, gospel music and other pieces by African-American composers. The event is presented by Downtown Music Productions as part of their East Village Concert Series. It would be wonderful if you could come out for this great event!

This year also marks the 150th anniversary of the Emancipation Proclamation, which was signed on January 1, 1863 when the United States was engulfed in civil war. To remember this turning point in American history, GVSHP will be hosting a series of programs this year related to the signing of the Emancipation Proclamation. We are still in the planning process, but be sure to check our Events page in the coming months.

In the meantime, for more posts relating to Martin Luther King, Jr., African-American history, and the Civil Rights Movement in the Village, you can click on these past Off the Grid posts:

One response to “A Concert In Honor of Martin Luther King, Jr.”