This coming March will mark the twenty-sixth anniversary of the founding of ACT UP (AIDS Coalition to Unleash Power) — the direct action and advocacy group organized to affect change in order to fight the AIDS Crisis. ACT UP was formed in New York City after a series of meetings at the LGBT Community Center on West 13th Street, and would grow to become a national and international organization. Continuing in the footsteps of earlier advocates, ACT UP frequently took political action to bring attention to policies and policy-makers thought to be hindering the fight against AIDS.

Though commonly associated in its use of imagery with the stark black background and pink triangle of the Silence = Death Project, ACT UP produced and preserved a variety of graphic arts for use on posters, protest placards and brochures. The New York Public Library has a great collection of these sometimes blunt messages on their online Digital Gallery, and the images above and below are just a sample. Click here to see the full digital collection.

A frequent target of early campaigns was the Koch administration, who many detractors believe ignored and mishandled the city’s response to the AIDS epidemic during the 1980s.

By the 1990s, Mayor Giuliani’s policies were in the sights of the group. 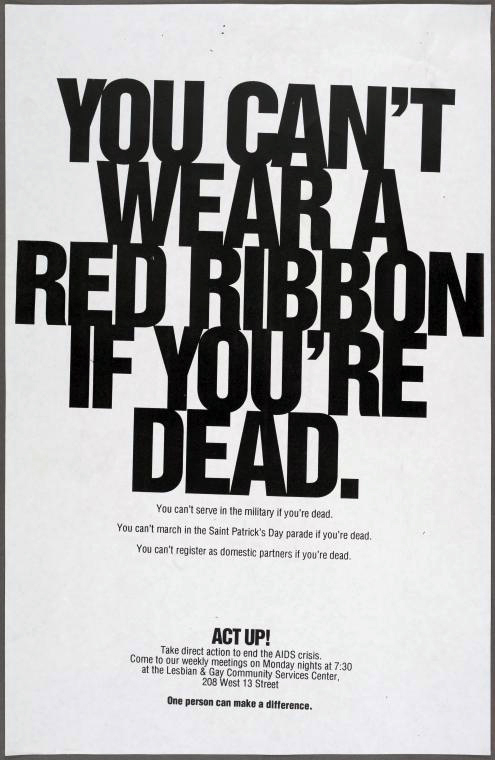 If ACT-UP’s history is of interest to you, you may also be interested in GVSHP’s webpage that highlights the LGBT history of our neighborhoods.