It’s that time of year again. Someone dressed as Minnie Mouse passes you on your way to the office (just this morning, in fact) and dogs in their Halloween finest parade around the city’s many parks.

That’s why on today’s Building Broadway post we’re taking a closer look at 808 Broadway, also known as the home of New York Costumes. Over the many years I’ve walked by this building, I’m ashamed to say that the only thing I noticed was the colorful array of costumes in the display windows. One day, as I was walking in the yard of neighboring Grace Church, I was struck by the beauty of this Broadway old-timer, built in 1887-88. And now I’m always sure to look up whenever I pass on by.

Wondering what makes this building so special? Then see below five things I love about 808 Broadway.

Wow, where to begin with this one? My eye immediately went to those beautiful Gothic arched windows, not only because they frame the windows in such a distinct way, but also because they are actually formed by larger arches that delicately make their way two windows at a time across the entire facade. The wonderful terra cotta work that caps the building continues in the form of rope molding (which also creates a convenient perch for pigeons – good for them, bad for the building) and leafy motifs.

I love how the middle portion of the building encourages your eye to move upward towards that wonderful terra cotta work we just looked at. The pointed window bays almost look like arrows, visually telling you there’s lots more to see here. And do you notice how these bays add to that sense of verticality by creating the illusion of brick “piers” between them? Cute colonettes also sit between each paired window. 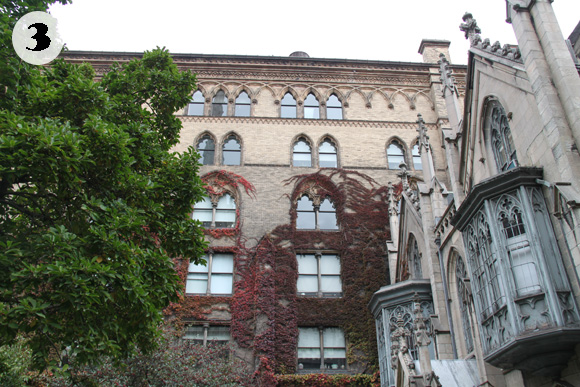 The architects of this building really knew what they were doing from all angles. It’s extremely rare to see a side elevation of a mid-block building finished with this level of detail. Not only is the detail there and just as elegant as the Broadway facade, but it also beautifully complements the landmarked Grace Church seen on the right side of the photo. It probably doesn’t hurt that the architect of 808 Broadway is the firm of Renwick, Aspinwall & Russell (yes, that’s none other than James Renwick, Jr., architect of Grace Church some 40 years earlier). 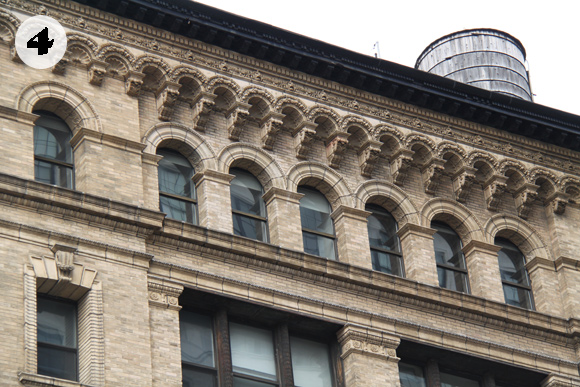 Just look at all the elements that play into this façade on the Fourth Avenue side of the building. I love the protruding mini arcade with the seashells hiding under each arch! The gargoyle faces (or lions?) emerging from the wall just above are hard to see with the naked eye, but they’re a fun surprise if you manage to sneak a peek. The dark metal cornice has lost some of its dentils, but it still caps the building with style. 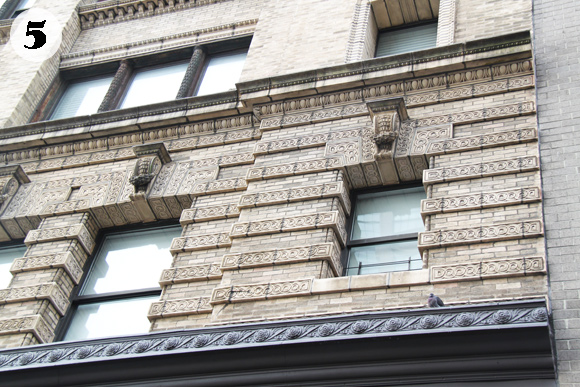 The second floor of the Fourth Avenue façade also features some pretty great terra cotta scroll panels. This detailing wraps around deep window openings and finds its way onto the dramatic window lintels. If you look even closer, you’ll notice the feathery look of the windows’ keystones, which can also be found at the colonettes separating the window at the upper left-hand corner of the photograph. Pretty appropriate considering this is also a favorite pigeon perch (see him hanging out here?). 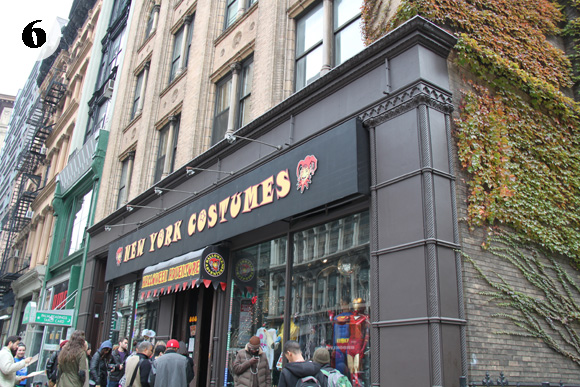 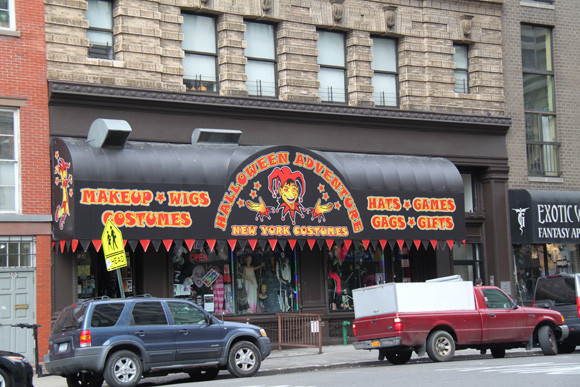 I know I said I would feature five things I love about this building, but since it has three amazing elevations I figured I could cheat and add a sixth.  And what a great discovery – intact storefronts! Yes, behind both awnings are historic cast iron storefronts complete with egg and dart moldings, paneled piers, and intricate details capping the first floor and entrances. The next time you walk by, make sure you look up to see all the hidden details of these wonderful storefronts.

Click below to see the entire facades of the building. See you next time on Building Broadway! 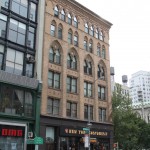 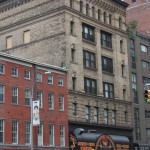