If you love theater in the Village, we think you will enjoy this blog post that was written by our colleague Chelsey Berryhill.

While walking down Christopher Street, it is easy to become distracted by the eclectic, varying store fronts with the colorful crowds of people collecting outside. The aura of the Village would not be complete without an Off-Broadway Playhouse that has been known to showcase a large mix of plays, benefit performances, meetings, and readings of all kinds. This landmark theater is the Lucille Lortel Theater, formerly known to many as the Theatre de Lys. 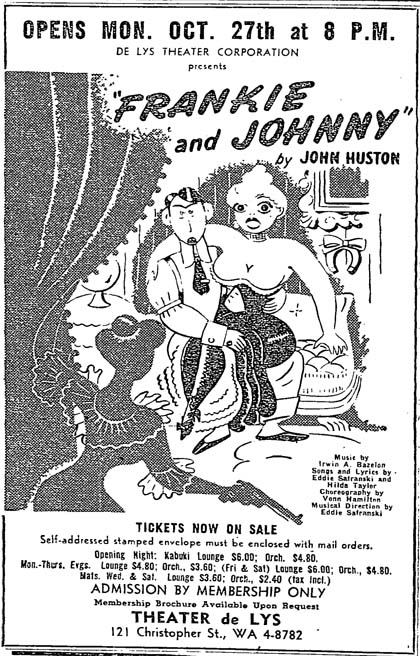 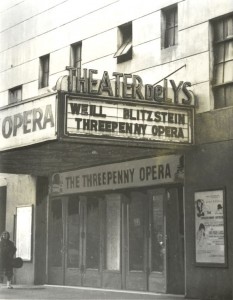 The facade of the theater today does not reflect the rich overall history of the site. In fact, who knew the theater was converted from two row houses and rear stables dating back to 1868? Before becoming a motion picture house and theater, the two homes were owned by a rug and carpet merchant named Jeremiah W. Dimick. It is not certain if he and his family lived at this home because Dimick was a bit of a real estate mogul.

Shortly before his death in 1896, Dimick was shamed in the New York Times with other property owners for creating unfathomably terrible housing for lower class tenants. His rear stables at 121 and 123 Christopher Street were converted into housing; piling 14 and 10 tenants into each respectively. His son, also named Jeremiah, would take over the property and allow the site, with rear stables and all, to be converted into a motion picture house, called the New Hudson Theater, around 1913.

In 1932, the Dimick family no longer owned the property and the theater would change hands several times as the Hudson Playhouse, Theatre de Lys and finally its current owners, the Lucille Lortel Foundation. The theater today is still going strong with a performance almost every day.

2 responses to “From Rear Tenement to Off-Broadway House”