This is part of the Looking Up series of posts, which explore the unique architectural and historical stories that can be discovered when we raise our gaze above the sidewalk, the storefront, and the second floor. 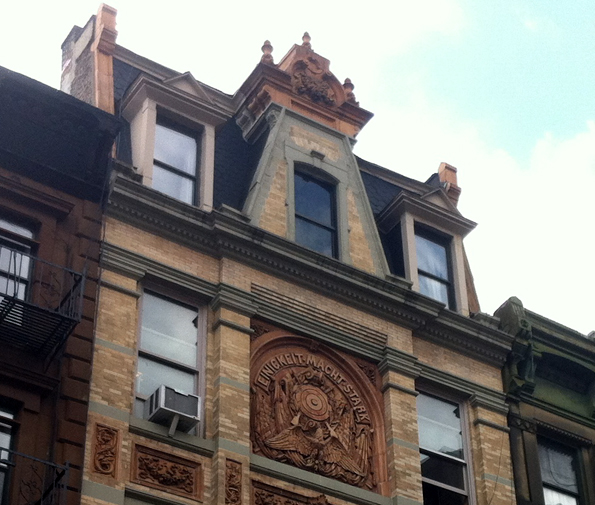 The stretch of St. Mark’s Place between Second and Third Avenues holds a variety of building types — tenements capped with ornate cornices and others sporting buzzcuts, federal-style townhouses, and jumbled commercial infill.  If you take the time to look up, you’ll find that one rooftop in particular juts out above its neighbors with a steep slate-covered mansard roof. Its upper stories also feature a huge and elaborate terra cotta relief sculpture of a target with crossed rifles and an eagle, capped with the German motto Einigkeit Macht Stark (unity makes strength).

That rooftop and sculpture belong to 12 St. Mark’s Place – a New York City landmark built in 1888-1889 and once the home to the German-American Shooting Society Clubhouse. Though the days of rifle shooting societies and local militia groups in the East Village are largely past, this unique architectural holdout reflects the once vibrant community of German-speaking immigrants that made much of the East Village and Lower East Side home throughout the nineteenth century, and why the neighborhood was referred to as Kleindeutschland, or “Little Germany.” 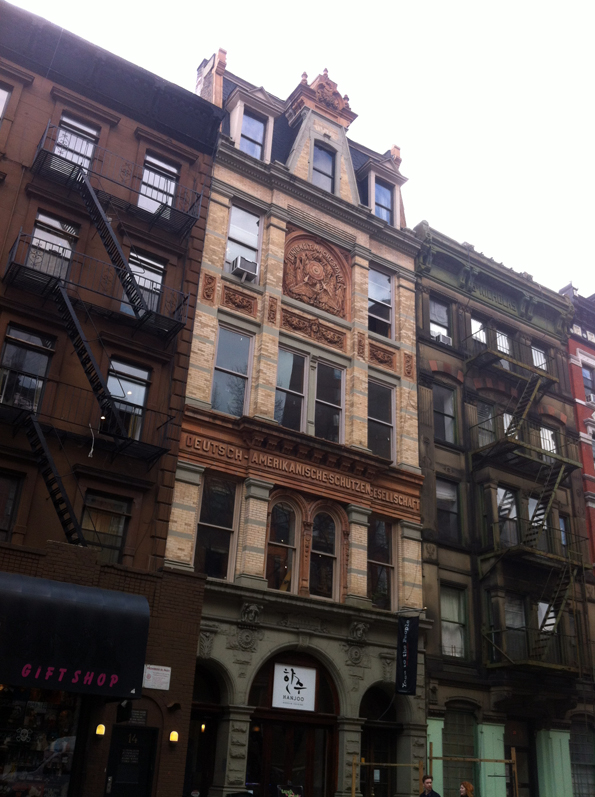 Like immigrant groups in New York before and after them, the newly arrived Germans settled close together and began to create their own local institutions, businesses, and places for recreation. As the Landmarks Preservation Commission (LPC) notes in its designation report, “These gathering places and organizations provided immigrants with ways to sustain German regional ties in the United States, meet people with common interests and create a more pleasant environment to counteract the obstacles that they experienced in their daily lives.”

About the phenomenon of shooting clubs like the ones housed in this building on St. Mark’s Place and local militia groups, the LPC also notes, “While German-American militia companies first appeared in the 1830s, their rise in popularity in the late 1840s and early 1850s can be attributed to the immigrants’ support of the German revolutions of 1848, combined with strong concern about nativist violence in New York. In 1853, 28 percent of militia members in New York City were German-American. At the peak of the militia companies’ popularity in the late 1850s, “every conceivable group in Kleindeutschland appeared to have discovered the social possibilities of having its own Guard,” with most companies specializing in beer drinking and partying. Although many companies served with honors during the Civil War, the shooting clubs became less popular after this time, possibly due to the violence confronted in real battles.”

You can read more about 12 St. Mark’s Place here, and more about the larger history and current advocacy efforts surrounding the East Village here. 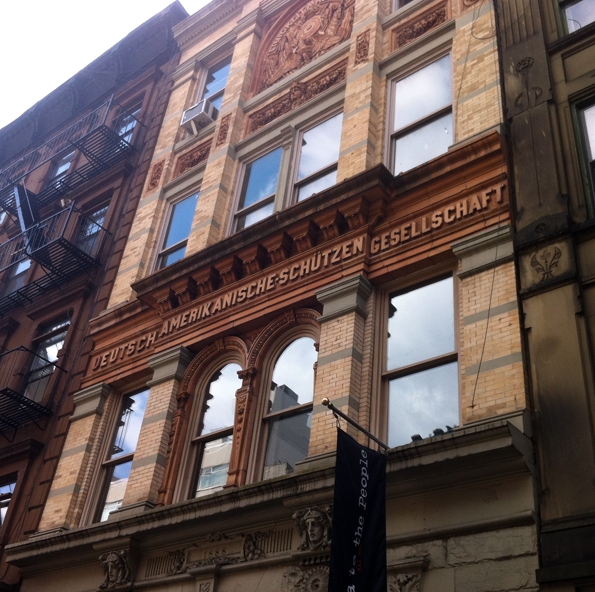