As I was walking along East 11th Street recently I happened to notice two tenements sitting side by side that appeared to be “sister buildings” (built at the same time using the same design). When I headed back to the GVSHP office I looked through building permits we have on file from the Municipal Archives and discovered that I was correct!

These two buildings were constructed in 1899 to the designs of none other than George Frederick Pelham. Last month, I crowned him king of East Village tenement design. Celebrating their 115th birthday this year, these two old law tenements can be found at 516 and 518 East 11th Street between Avenues A and B (just a block north of Tompkins Square Park). While originally identical in design, they have taken two separate paths over the years. Let’s investigate. 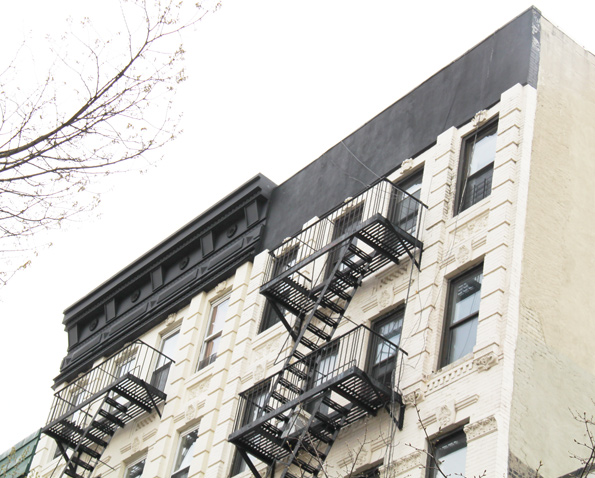 To start, both tenements were originally built with cornices. Today, as witnessed by the photo above, no. 518 still has one while no. 516 does not. At first glance, it looks like no. 518 never lost its cornice; however, this one appears to be a replacement. The details seem too “clean” and the brackets don’t quite match those that would have been in place when a building of this style was constructed.

Even if this may not be historic, it’s nice that the building’s owner put one back on the building (see our past post about “buildings with buzzcuts” for more about cornices that have been removed over the years). 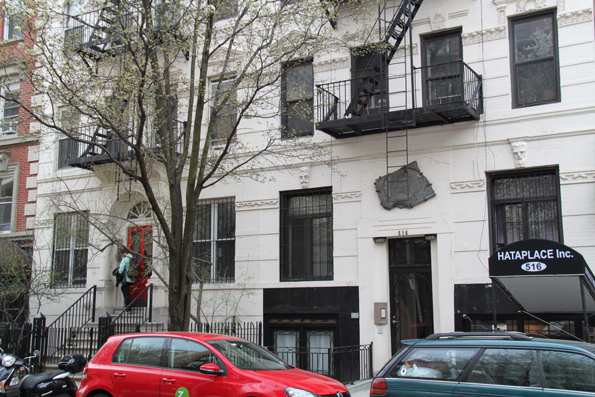 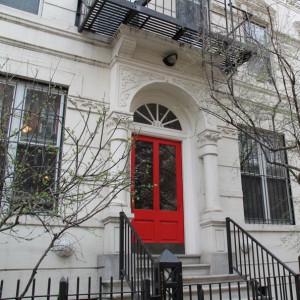 The building at no. 518 still has its great door surround accessed by a stoop. Its rails and door are replacements, though the door – while not original – may be historic.

At no. 516, the stoop was removed and the entry was lowered to sidewalk level in 1936. This was actually a common alteration made to tenements in the mid-20th century, and often had to do with the fact that the original commercial spaces on the basement level were converted to residences. These new apartments had interior entryways whereas stores would have been accessed from the street.

Interestingly, although no. 518 is more intact, no. 516 retains the decorative faces above the first floor windows. By looking at the 1980s tax photo, you can see that the window openings of no. 518 had been filled in, so the faces were lost at some point after this time. (The photo also reveals that both buildings have since been painted white.) 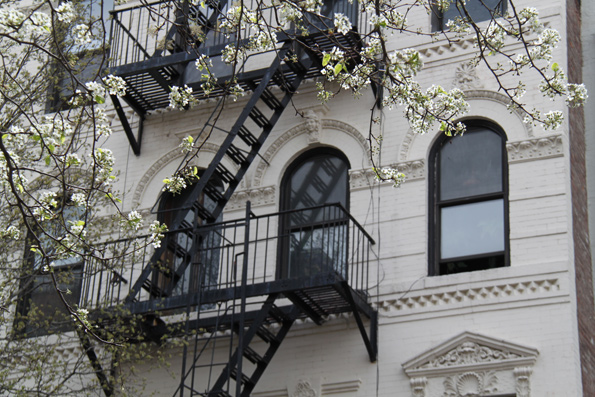 Both are great examples of how tenements have evolved over the years. The next time you’re out and about, don’t forget to take a closer look (and look up) at all the great old buildings in our neighborhoods!

4 responses to “A Tale of Two Tenements”