Located at 113 East Fourth Street on a through-block lot bound to the north by East Fourth Street and to the south by East Fifth Street, sits one of the East Village’s oldest extant public schools, P.S. 25, now P.S. 751. The Flemish Renaissance Revival public school was designed by Charles B. J. Snyder (more commonly known as C. B. J. Snyder), architect for city schools from 1891 to 1922, and constructed in 1905, though its history extends through the preceding three decades.

Rewind to 1871, when a row of tenements from 326 to 332 East Fifth Street was converted into a four-story school building long known as the Fifth Street Schoolhouse. Valued at $90,000, the combined building measured 100 feet wide by 92 feet deep. In 1888, the school acquired the adjacent dwelling at 324 East Fifth Street.

In 1893, C. B. J. Snyder was hired to design an addition for the school. He created a plan for a five-story structure with a mansard roof at a cost of $65,000. The extension was built in the southern section of the lot, on the north side of Fourth Street. The expanded school opened in 1894, and the old and new buildings were connected by a narrow passageway.

In 1905, Snyder returned to expand the school building. He added two bays to the west side of the original three-bay structure, altering it into the Flemish Renaissance Revival building that we know today, notwithstanding a few changes. At a cost of $70,000, the Fourth Street building almost doubled in size, and in 1908 the Fifth Street building incorporated the previously acquired structure at 324 East Fifth Street into its footprint.

By the 1950s , the Board of Education turned the Fifth Street building at 330 East Fifth Street, then still known as P.S. 25, over to the Department of Welfare, which arranged to provide living quarters for women and children.

The end of the Fifth Street schoolhouse occurred about twenty years later and is a rather interesting story — in 1971, exactly one century after its conversion into a school building, a group of women seized the unused city-owned building, which by the 1970s had been abandoned, and planned to establish a health clinic, child-care center, and feminist school. The police and Department of Real Estate cited the building’s hazardous condition and arrested and removed the women. Soon after, the Fifth Street Women’s Building was demolished and replaced with a parking lot for the 9th Precinct House. 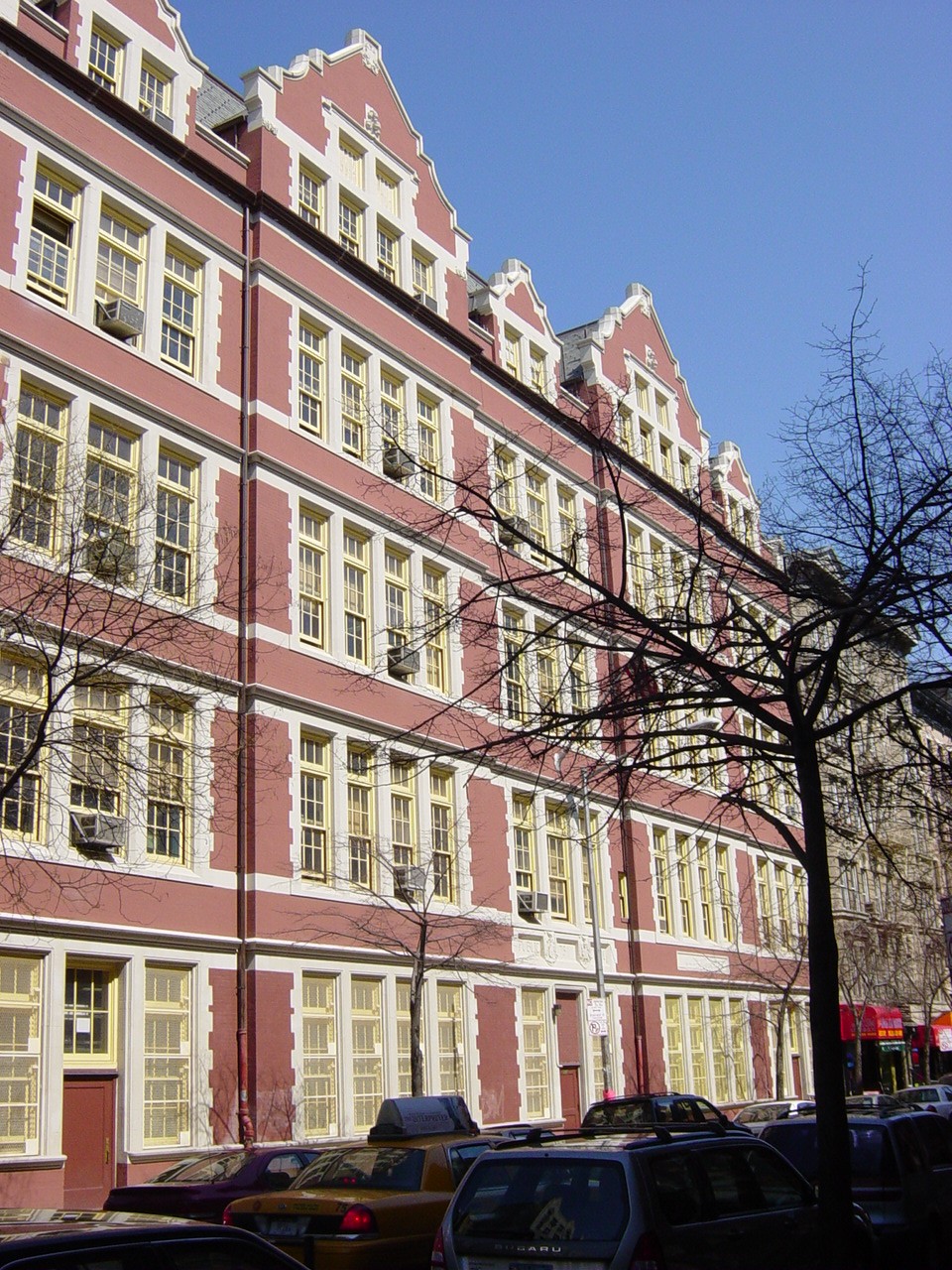 The Fourth Street building is all that remains of P.S. 25. It is Snyder’s second-oldest extant building. The façade features light-colored red brick and prominent terra cotta window surrounds, along with stringcourses on each floor. Its stepped gables and hipped roof with dormers are evocative of New York’s Dutch roots. The school continues to use the original bell system.

The East Village holds an impressive collection of Snyder-designed public schools. Snyder was successful in expanding the city system by 408 schools and additions, setting a standard for municipal architecture by initiating the “H-plan” and pioneering construction innovations for health and safety.

Of the ten schools and one addition that Snyder built in the neighborhood, nine schools remain. Three of these date to the nineteenth century, and six still function as public schools. P.S. 751 is now occupied by the Manhattan School for Career Development, and the site of the old Fifth Street building is utilized as the school’s parking lot and playground.