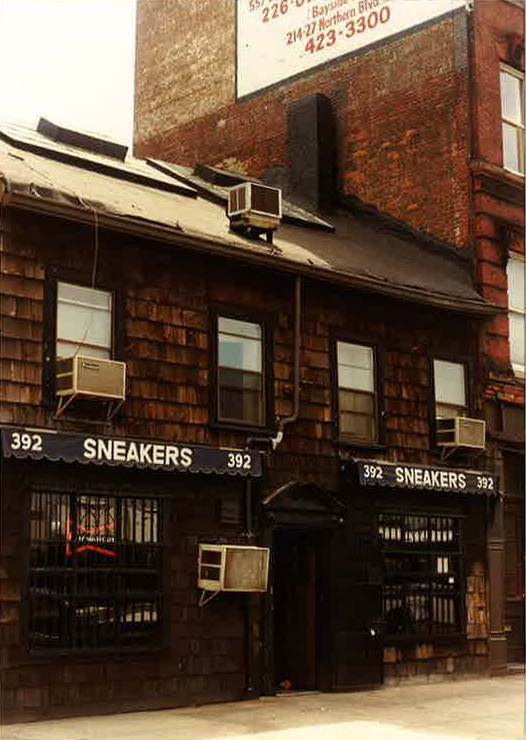 With the summer breeze , a stop along the Greenwich Village waterfront to reminisce about its past seems in order. The building at 392 West Street (A.K.A. 6 Weehawken Street) is a charming physical reminder of the wooden buildings that once lined this stretch of our neighborhood. For its modest appearance, its history is quite extraordinary.

The building turns 180 years old this year. In 2006, the Landmarks Preservation Commission (LPC) included 392 West Street in the Weehawken Street Historic District, a designation GVSHP fought for and which came out of our “Campaign to Save the Far West Village.” The accompanying designation report provides a wealth of information about the building, noting that it is “almost certainly the sole surviving portion of the market house of the Greenwich Market (unofficially known as the “Weehawken Market”) that was constructed by the City in 1834 for $3475 on part of the land that was formerly the site of the Newgate State Prison.” The market once occupied the property bounded by West, Christopher, Amos (later West 10th), and Weehawken Streets.

The building also faces Weehawken Street, and may be the more familiar of the two façades. Despite the promise of a public market, it was not very successful. Closing in 1844, most of the market house was torn down. However, the remaining portion located at 392 West Street was destined to live on as a business for a local boatbuilder and as a liquors/saloon business (the latter being the earliest documented saloon in the historic district).

The photograph at the beginning of this post was taken in the late 1980s as part of GVSHP’s waterfront survey. Perhaps appropriately, the building housed a bar (called Sneakers) at that time. The cedar shingles were added c. 1961, and the door and skylights likely date to the late 1970s. Much more history can be found in the designation report, which can be found on our Resources page. 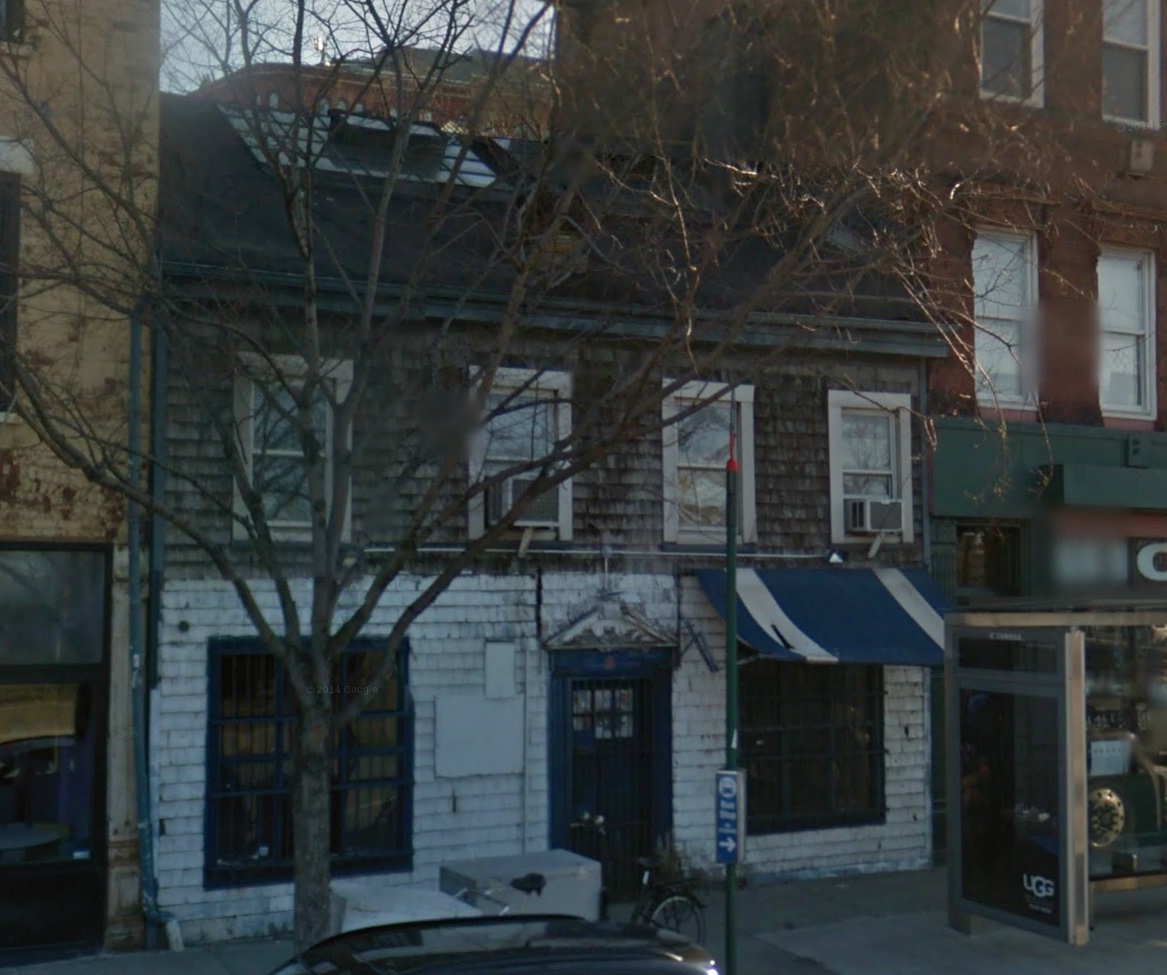 Thanks to historic district designation, this significant yet humble little building still stands along the waterfront. In the above photo, the bar is gone and the color scheme has somewhat changed, but the gabled roof – a surefire sign of a very early building in our city – remains.