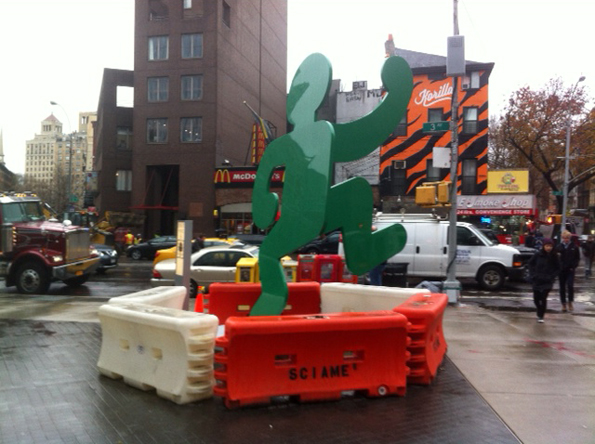 A Keith Haring sculpture (Self Portrait; 1989) has recently appeared in front of 51 Astor Place at the corner of Third Avenue and St. Mark’s Place. In both his life and artworks, Haring is deeply connected to our neighborhoods. Over the years, GVSHP has looked at Haring’s ties to places within the neighborhoods we cover – at places like Westbeth in the Far West Village, the former Club 57 at 57 St. Mark’s Place in the East Village, the LGBT Center in the Village, the Tony Dapolito Recreation Center in the South Village, among others. 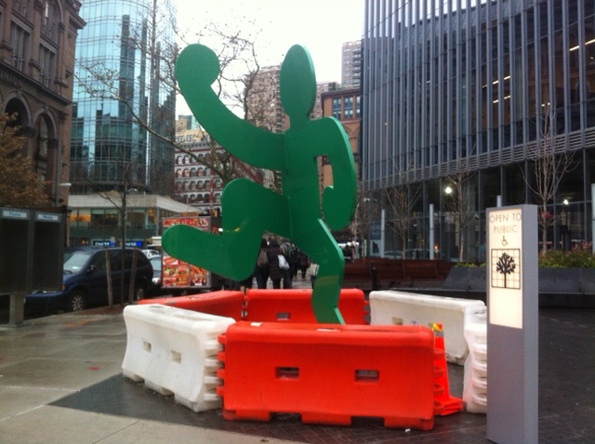 You can read more in depth about these places that were a part of Haring’s short but prolific life in previous Off the Grid posts here and here. 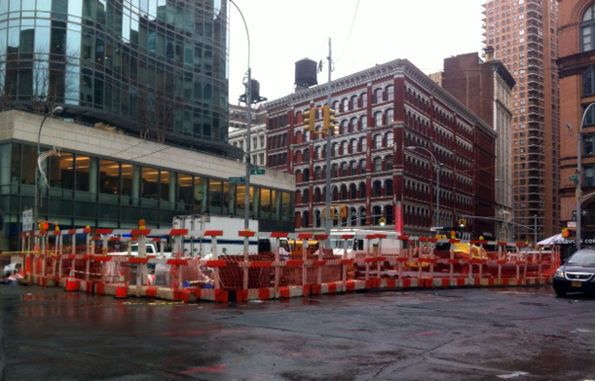 Diagonally across the street from the newly installed Haring piece, the central plaza at Astor Place has recently lost its centerpiece. Tony Rosenthal’s cube-shaped sculpture, Alamo, has become a fixture at Astor Place since it was placed there in 1967. But it has now been temporarily removed as the Astor Place/Cooper Square reconstruction is underway. The Alamo sculpture will be transported to a conservator for rehabilitation, and will be reinstalled when the new plaza is completed.

You can read more about the history of the sculpture from GVSHP here.