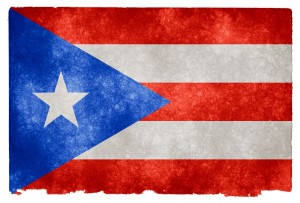 The Jones-Shafroth Act, which conferred United States citizenship upon residents of Puerto Rico and set the stage for the huge migration of Puerto Ricans to NYC following WWII, was enacted on March 2, 1917. In 1945, there were 13,000 Puerto Ricans in New York City. Within 10 years this number ballooned to almost 700,000. Many found their home on the Lower East Side and in what we today call the East Village.

The Puerto Rican population of the East Village and Lower East Side remained steady through the 1960’s and 70’s, while the overall population of these neighborhoods declined precipitously — a population decline which began in the early 20th century with ‘slum clearance’ efforts and the construction of the subway system, which resulted in the demolition of many Lower East Side buildings while also allowing poor and working-class Lower East Siders easier access to larger, airier apartments farther afield in New York City. The change in demographics of the Lower East Side and East Village was further accelerated by the passage in the 1920s of highly restrictive immigration laws in the United States which brought the flow of immigrants from Eastern and Southern Europe — previously the lifeblood of the neighborhood — to a trickle.  By contrast, as a result of the Jones-Shafroth Act and the citizenship it conferred upon Puerto Ricans, migration from Puerto Rico was not subject to such restrictions.

One building stands out in reflecting the rich Puerto Rican culture and presence in the neighborhood during this period:  P.S. 64, former home of the Charas/El Bohio Community Center.

In many of our advocacy campaigns, GVSHP fights for landmark designation of buildings and neighborhoods. In the case of the Charas/El Bohio Community Center, which was landmarked in 2006, we are also fighting for the community’s ability to continue to use the space as a public, community center, as it had functioned from its construction in 1904 until it was sold by the City to a developer in 1998.

As we previously reported about the building and its architect:

“As the city’s and the East Village’s immigrant population surged during the late 19th and early 20th centuries, the need for classroom space mushroomed as well. The newly consolidated school system embarked on an expansion effort. Built between 1904 and 1906, P.S. 64’s French Renaissance Revival style details grace an innovative ‘H’ style floor plan that cuts through the block. Snyder developed the layout to maximize light and air for classrooms amidst the city’s dense side-streets. The ‘H’ plan also created two protected recreation areas for students and a greater buffer between classroom windows and street-noise.Snyder also placed a ground-floor auditorium in the school with entrances directly from the street. This availability of access (without needing to go through the school building) allowed the auditorium to be used for community lectures, performances, and other events, and spoke to the desire to make schools a center of learning for the entire community at the time.”

The building was decommissioned as a school in 1977 but was quickly utilized by neighborhood groups, first the urban homesteading group Adopt-A-Building, and later Charas. Charas was formed by five Puerto Rican men in the 1960’s as a positive force in a neighborhood beset by drugs and gangs. P.S. 64 became a community center named El Bohio to house both organizations. According to Places that Matter, a joint project of the Municipal Art Society and City Lore:

“El Bohio was particularly appreciated by Latino artists who felt they were overlooked by “mainstream” galleries and performance spaces, or who were searching for a venue that specifically promoted Latino culture.”

Adopt-A-Building left in the early 1980’s but Charas remained until developer Gregg Singer purchased the property in 1998 and evicted Charas in 2001. The building’s

full history is documented in the Landmarks Designation Report from 2006 and a detailed history of the building’s decommissioning, disrepair, and fight to return the building to community use was previously documented on our blog.

The future use of the building is still in doubt. GVSHP and local residents and organizations won a recent victory when NYC Department of Buildings issued a stop work order and notice of intent to revoke permits for the conversion of the former P.S. 64/Charas-El Bohio Cultural Center to a dorm, but the fight to return the space to the community is not over. Stay tuned for information regarding the future of the space.