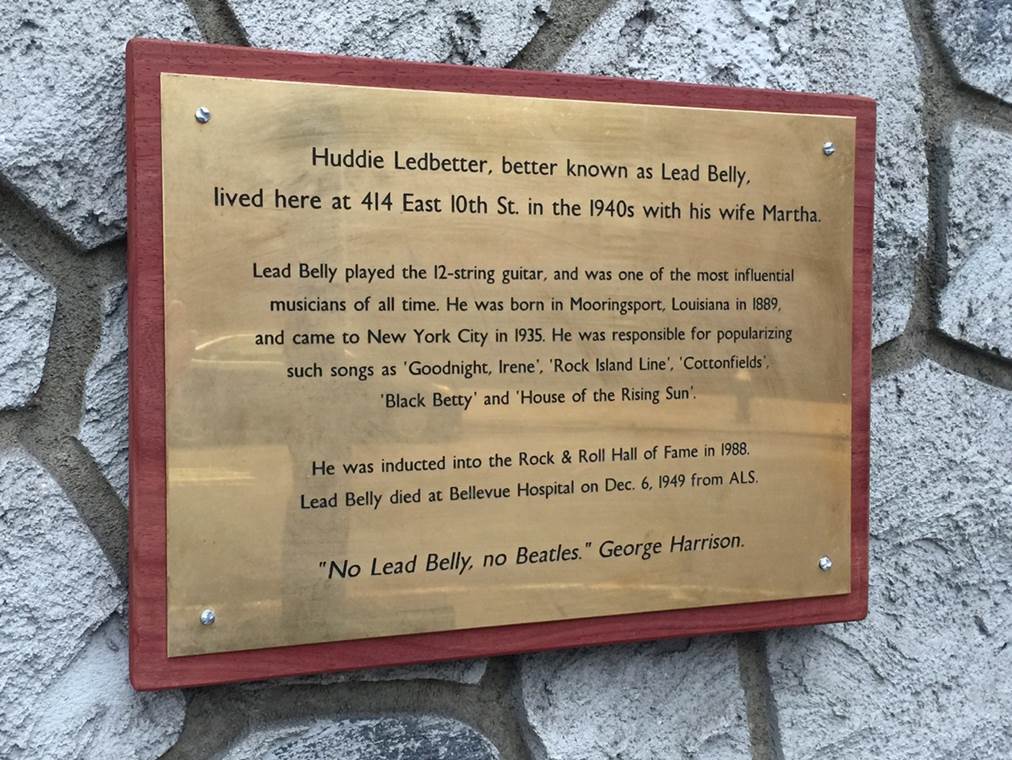 As regular readers of “Off the Grid” will know, one of many ways Village Preservation has worked to preserve the neighborhood heritage of Greenwich Village has been to install a series of plaques remembering everything from the radical politics of saloon-keeper Justus Schwab (50 E. 1st Street) and the longtime home of poet Frank O’Hara (441 E. 9th Street), to the much-missed icon of 1960’s rock music, the Fillmore East (105 2nd Avenue).

Well, it turns out we are not the only ones: last month, a group of neighbors living in the far East Village banded together to put up a plaque honoring the enigmatic blues artist Huddie Ledbetter, aka Lead Belly or Leadbelly.  Though most closely associated with the rural Deep South, from the mid-1930s until his death (at Bellevue Hospital) in 1949 Lead Belly lived at 414 E. 10th Street in New York City, where he was a regular performer in the music halls of Harlem and also had a regular Sunday night slot on WNYC radio station.

His life, from his years in and out of prison to the pages of Life Magazine, is the stuff of legend, and Lead Belly is generally considered among the most influential musicians of all time. As George Harrison once put it: “No Lead Belly, no Beatles.”