I burn my candle at both ends,
It will not last the night. 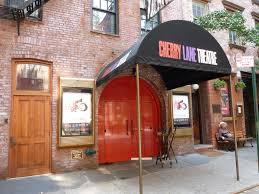 But ah, my foes, and oh, my friends,
It gives a lovely light.
— Edna St. Vincent Millay

The Cherry Lane theatre, located on Commerce Street, a cul-de-sac in the heart of Greenwich Village, was the brainchild of poet, playwright, actress, and infamous Villager, Edna St. Vincent Millay, a woman who did, indeed, burn her candle at both ends. While most famous as a poet, Millay was originally a member of the Provincetow 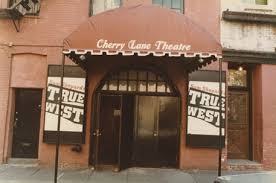 n Players, the group who began the Provincetown Playhouse. Millay moved away from that group in 1924 to form her own experimental theatre at the Cherry Lane with a group of local artists. The space they chose was a former brewery and box factory building, which dated back to 1836. The plot of land had belonged to the Gomez family farm, and on that particular parcel stood a silo prior to becoming a brewery. Since its incarnation as a theatre, it has been home to some of America’s most innovative movements in theater and theatrical literature. The Cherry Lane claims to be the space where “Off-Broadway” was born.

The Downtown Theater Movement, The Living Theatre, and the Theatre of the Absurd all had their beginnings at the Cherry Lane. The little 178 seat house proved to be fertile ground for such writers as F. Scott Fitzgerald, John Dos Passos, Elmer Rice, Eugene O’Neill, Clifford Odets, W. H. Auden, G 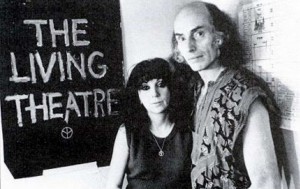 Despite the seminal history of the theatre, the building has come under continual threat throughout the years, as is the case with much artistic space in New York City. The theatre faced demolition 17 years before historic district designation. In 1952 plans were made to erect an apartment house on the site. At that time, a group of Village residents rallied and gained ownership of the building and saved it from destruction.

In 1996, stage actress Angelina Fiordellisi saw potential in the historic landmark and raised funds to purchase and renovate the theatre. She additionally bought space in a neighboring brownstone where she opened a 60-seat 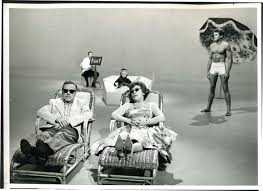 black box theatre now known as the Cherry Lane Studio, which serves as a creative space for emerging playwrights to test and nurture their works, carrying on the traditions set by St. Vincent Millay and her group of creative idealists.
To learn more about the Cherry Lane Theatre click here and here.
To learn more about Edna St. Vincent Millay click here and here.

One response to “Greenwich Village: Birthplace of Modern American Drama part 2 in a series”