Today GVSHP pays its respects to Al Orensanz, the Director of the Angel Orensanz Foundation for the past 30 years, who passed away on Saturday, July 23. Al, along with his brother Angel, was a cultural hero in New York City, and the Lower East Side has been enriched by their efforts over many decades. 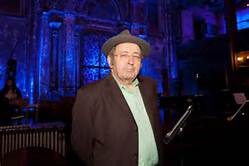 Al was a sociologist, writer, and art producer. He and his brother Angel, a Spanish-American sculptor, made it their mission to rescue the Ansche Chesed (the People of Loving Kindness) synagogue at 172 Norfolk Street. And rescue it they did. In the process, they revitalized the community of the Lower East Side and brought back some of the culture and vibrancy of Lower Manhattan. 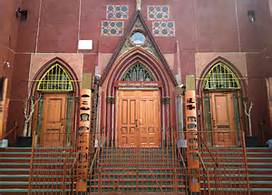 The synagogue, built in 1849, is the oldest Greek Revival synagogue in all of New York. In a booklet entitled “From Ansche Chesed to Angel Orensanz” written by Al Orensanz , Ph D., he states, “In 1849 the Lower East Side became home to the German Jewish immigrants immediately after the failure of the socialist revolution of 1848. The newly formed Congregation Ansche Chesed hired the German architect, Alexander Saeltzer, to build a new synagogue. When it opened in 1849, it was the largest synagogue in the United States, holding up to 1,500 worshipers. The German Jews soon carried into practice in several parts of America the idea of the Reform movement that had originated in Germany. They made Judaism simpler, inclusive to all, and relevant to civic, political and cultural affairs. The Henry Street Settlement, the University Settlement, the Grand Street Settlement, the Educational Alliance, etc. were all started by German Jews, oftentimes by women.”
In 1974, the synagogue was abandoned by its last congregation and fell into disrepair, suffering multiple acts of vandalism and theft over the years. In 1986, Angel Orensanz toured the area in the hopes of finding a suitable studio space for his sculptural work. He purchased the property and set about a massive renovation of the building. 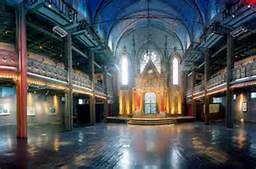 Al Orensanz was the director of operations at the Angel Orensanz Foundation for the past 30 years. His presence and generous spirit will be missed.

One response to “Farewell to Al Orensanz, a Lower East Side Cultural Hero”