On September 21, 1965, the Landmarks Preservation Commission (LPC) held its very first public hearing. Twenty-eight buildings were on the agenda, including five in Brooklyn, fifteen in Manhattan, one in the Bronx, and seven in Staten Island. Eight of the properties are located in GVSHP’s catchment area between Houston and 14th Street. We have written extensively about them all including the Old Merchants House (Merchants House Museum), Stuyvesant Fish House (Hamilton Fish House), Salmagundi Club, the four remaining buildings of La Grange Terrace (Colonnade Row), and the Astor Library (The Public Theater). Less than a month later on October 14, 1965 the Landmarks Preservation Commission held its very first vote, designating the city’s very first landmarks, including three (or six, depending upon how you count them) in our neighborhoods.

The images of the first LPC Agenda and the New York Times dating from 1965 are part of the GVSHP Archives. They were donated by Evelyn Haynes, who also donated historic photos, which can be accessed here. If you have historic items you wish to preserve or share with the public, please email us at info@gvshp.org. 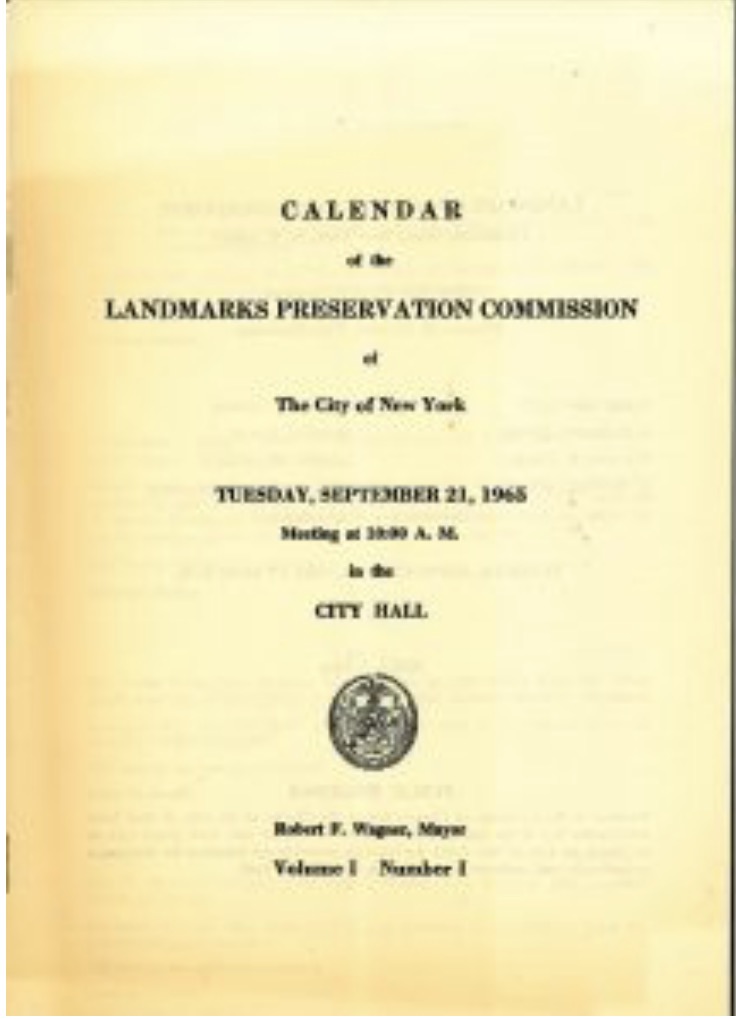 The first LPC consisted of an interesting mix of Commissioners. The first Chairman was Geoffrey Platt, an architect who led the pre-LPC Committee for the Preservation of Structures of Historic and Aesthetic Importance in 1961, followed by the Mayor’s Landmarks Preservation Commission from 1962-1965, which served as an informal LPC while the City’s preservation legislation was being drafted and enacted.

The first Vice-Chairman, Stanley B. Tankel, was an architect who was involved in many early preservation battles. His involvement with the Greenwich Village preservation movement began in the late 1950’s when he led the Greenwich Village Study, an organization of architects, city planners, and professionals. Stanley’s widow Claire did an oral history with GVSHP about her and her husband’s pioneering preservation work which you can access here.  Claire also donated to GVSHP the picture of her and her husband driving the last car through Washington Square, as they were leaders in the successful effort to rid the Square of vehicular traffic.  The image is in our historic image archive, and can be viewed here.

See the first full public hearing agenda along the right side of the page below (click on each page for a larger view). 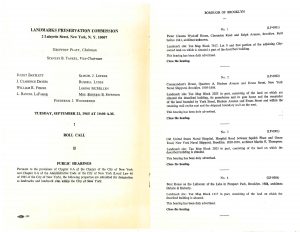 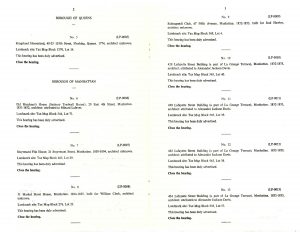 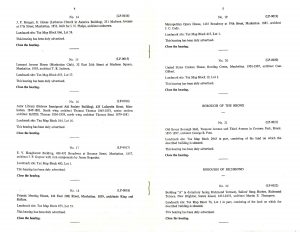 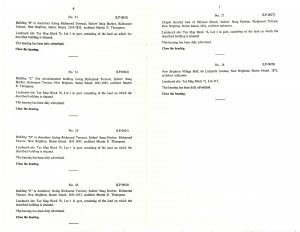 Other members of the Commission included Juliet Bartlett, an “expert on zoning”; J. Clarence Davies, a real estate executive who had been previously been appointed by  Mayor Wagner as Director of the City’s Bureau of Real Estate, the first Commissioner of the City’s Department of Real Estate, and the Chairman of the City’s Housing and Redevelopment board; William R. Fisher, a member of the Mayor’s LPC and advocate for the Brooklyn Heights Association Historical Preservation Committee; L. Bancel LaFarge, former President of the New York Chapter of the American Institute of Architects and who served in WWII as the Chief of the Monuments, Fine Arts, and Archives Section; Samuel J. Lefrak, a New York real estate developer,; Russel Lynes, a former Harper’s Magazine Managing Editor and according to the New York Times, “one of America’s foremost arbiters of taste and mores, especially in architecture and the decorative arts”; Loring McMillen, Director of the Staten Island Historical Society who served as the official Staten Island Historian for over 50 years; Mrs. Roderic B. Swenson; and Frederick J. Woodbridge,a prominent architect.

Several buildings were announced as landmarks on October 14, 1965, out of the twenty of the proposed twenty-eight buildings that were eventually approved as landmarks. This news was worthy of a New York Times front page article. That day’s paper also reported the last day of the 1964-65 World’s Fair and the 64th reunion dinner of the City College class of 1901.

All eight of the buildings proposed for landmark designation in our neighborhoods on that first day did in fact become landmarks (though some took much longer to be voted upon) and are among the most beloved and revered historic buildings in New York City. Those in our neighborhood landmarked that day which became the very first landmarks in New York City were the Merchants House Museum, the Stuyvesant Fish House, and the remaining houses of Colonnade Row/“La Grange Terrace” at 428, 430, 432, and 434 Lafayette Street (the former Astor Library/Hebrew Immigrant Aid Society/now the Public Theatre was designated a landmark a little later in 1965, while the Salmagundi Club was not landmarked until 1969).