For everyone who attended Saturday’s walking tour, we hope you enjoyed learning about shopping in the Gilded Age and the Ladies’ Mile.  Did you know that November 21 actually is an important date in the establishment of this shopping district?

On November 21, 1855, Alexander Turney Stewart leased “leased 29 lots bounded by Broadway, Fourth Avenue, Ninth Street and Tenth Street.”  It was on this location that Stewart built the A.T. Stewart Company department store.  One of the largest cast-iron buidlings, A. T. Stewart Company’s 10th Street store was one of the first with interior cast-iron columns and girders.  The building was: 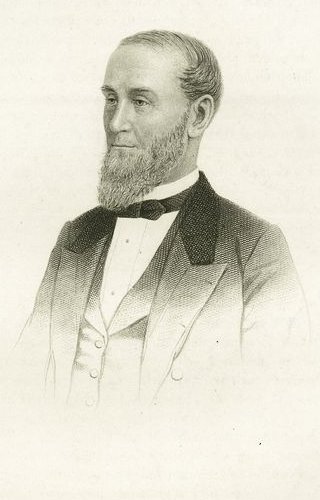 “…in Italian palazzo style, the five-story exterior, painted white, was majestic with street-level sheets of plate glass between tall Corinthian columns and, above, four tiers of 84 identically arched windows.  Inside, the upper floors rose in galleries around a great central rotunda to a huge skylight.”

In its heyday, the store “employed five hundred male clerks and cashiers as well as eight hundred female dressmakers and linen cleaners. The store had up to 15,000 shoppers per day, and was an integral part of the fabric of the neighborhood.”

The 10th Street store building is no longer standing, replaced by the large, full block white brick apartment building at 70 East 10th Street known as The Stewart House — a nod to the earlier occupant of the site.

But the remnants of Ladies’ Mile and shopping in the Gilded Age- especially within the Village- still remain.  Esther Crain of Ephemeral New York, who conducted Saturday’s walking tour, recently released a book about this era in New York City, titled “The Gilded Age in New York, 1870-1910.”

Be sure to pick up a copy and also check out some of the photos from the tour.