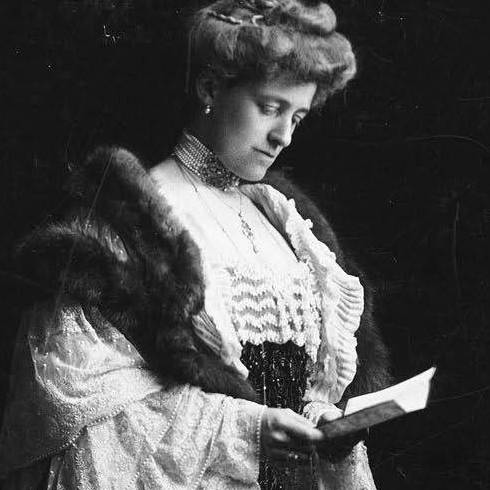 This Saturday and Sunday, expert tour guide Joyce Gold will lead tours celebrating the radical, notorious women of Washington Square. The square and its environs have a long been home to creative, politically active, and influential women. In the spirit of these women and Joyce’s upcoming tours, I’ve been thinking a bit about another innovative woman and her connections to the Square – author Edith Wharton.

Wharton herself was a resident of Washington Square North for a short time in 1882. Although she didn’t live there for long, Washington Square often takes a central role in her work. Her many novels and short stories deal unflinchingly with the strictures and expectations of New York high society, and Washington Square, for better or worse, is constantly cropping up.

Washington Square was, for a time, the very picture of gentility. The 1830s to 1860s saw the development of Washington Square as a desirable, moneyed neighborhood. Old New York families used their wealth to built stately townhomes lining the park, and in this time the Square and its inhabitants were the epicenter of New York high society. However, as is always the case in New York, time and style marched on – and uptown. Even by the late 1880s, when Edith herself was living on the square, the richest New Yorkers had moved on. They were moving up Fifth Avenue, where the vacant space gave rise to huge mansions and opulence on a level not yet seen in New York. Suddenly, in contrast, the Square began to seem quite shabby. The younger set of the Gilded Age saw Washington Square as old fashioned – the place to visit your grandparents but certainly not to set up your own high-society home. Edith wrote frequently about this dichotomy.

In The Custom of the Country, ambitious social climber Undine Spraggs is engaged to a man from Old New York wealth. His family is respectable, but not ostentatious. When she travels from the Upper East Side to pay a visit to the family home on Washington Square Park, the environs are so much less opulent than her own that she worries (quelle horreur!) that the family may be middle class. Where was the gilding, the chandeliers, the overstuffed chairs and the heavy curtains? The family, of course, is perfectly well-to-do, but Washington Square townhomes simply couldn’t compete with Gilded Age apartment houses and mansions. Through Undine’s eyes, her fiance begins to regard his grandfather’s Washington Square home differently, too – the modest doorstep and symmetrical red facade suddenly look “frugal” and “old.”

Wharton’s novel The Age of Innocence (my personal favorite) also addresses the Square’s fall from social grace. Newland Archer is a wealthy bachelor running in the marriageable, Gilded Age set. But his family is old money, so they’re stationed along Washington Square. As he takes a stroll in the novel, he reflects that in the midst of his mother’s old-money neighborhood “lay the almost unmapped quarter inhabited by artists, musicians, and ‘people who wrote.’ These scattered fragments of humanity had never shown any desire to be amalgamated with the social structure.” I love this quote because it shows us two worlds in one – the strict high society that Wharton often skewers in her novels, and the free-wheeling, bohemian culture that Greenwich Village would become so famous for in the ensuing decades. We often think of these eras as entirely separate but Wharton shows us that the boundaries were not that clear. Although Newland Archer’s family certainly would not have been socializing with the “unamalgamated” bohemians in the neighborhood, they nevertheless in a sense lived side-by-side and co-existed.

And perhaps Newland’s old-fashioned mother would have passed, while on a stroll through the park, some of the subjects of Joyce’s tours this weekend. After all, it was the fading glory of the neighborhood that attracted the people and contained the conditions allowing our counter-culture Villagers to make the neighborhood their own. Rents were cheap, vacancies were numerous, and the buildings were growing eccentric with age. It was the perfect atmosphere for movers and shakers like Mabel Dodge, Polly Holladay, Edna St. Vincent Millay, and scores of others. They were of an entirely different generation than Edith Wharton, but considering their criticism of social norms and brash feminine confidence, I like to think they’re cut from the same cloth.

If you’d like to join us on Joyce’s Radical, Notorious Women of Washington Square tour, there are still spots available for Sunday! It is a free tour for GVSHP’s members only – so if you’re a member, call us today and book your spot! If you’re not, getting a reservation is as easy as signing up for a membership today. You can do that online or on the phone, and we’d be happy to add you to the tour immediately.