On April 4, 1968, Martin Luther King Jr. was shot as he stood on the balcony of the Lorraine Motel in Memphis, Tennessee. 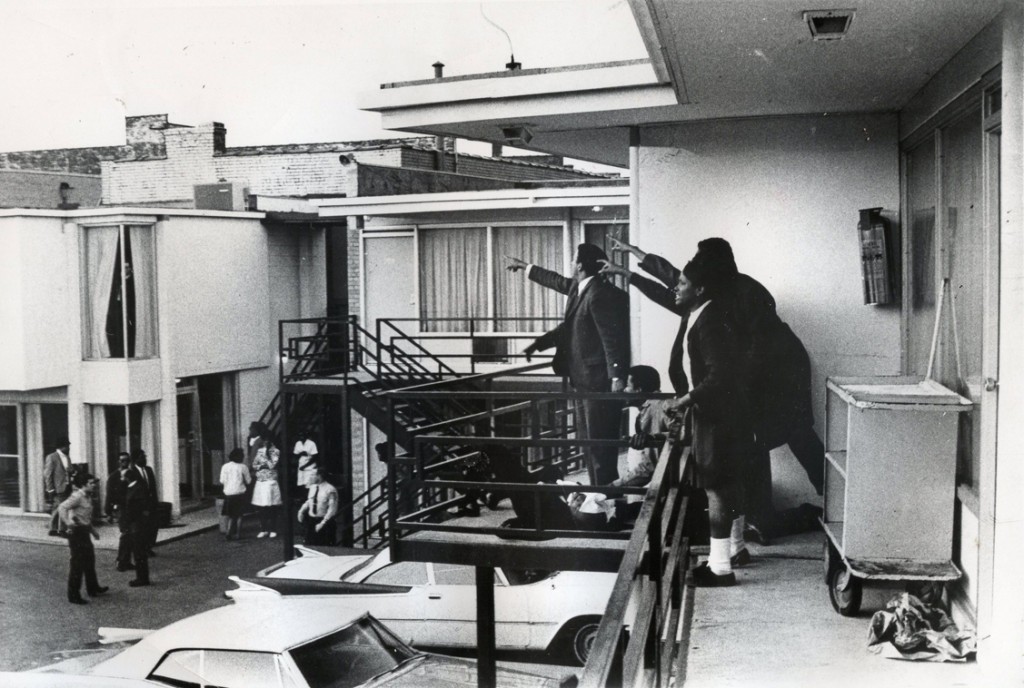 Witnesses point towards the fleeing gunman moments after King was shot.

This ended the life of one of the 20th century’s most revered and influential figures.  It also began a fifteen year campaign to make Dr. King’s Birthday a national holiday — the first-ever honoring an African-American.

That successful quest began and was spearheaded by a native son of Greenwich Village.

According to New York City records, Howard Bennett was born in 1911 in Greenwich Village, one of sixteen brothers and sisters.  It’s not clear how long Bennett spent in Greenwich Village; it is known that he spent most of his adult life living in Harlem, a community with which he is strongly associated, and which is of course strongly associated with African-American culture and civil rights.  But from the 1700’s through the 19th century, the Village was the center of African-American life in New York, with what was referred to as “Little Africa” centered around present-day Minetta, Thompson, Cornelia and Gay Streets in the South Village. 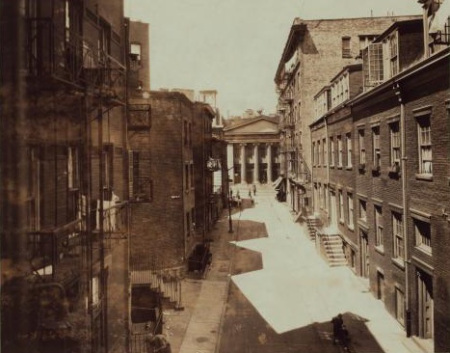 Minetta Street, before the Sixth Avenue extension.  The church at the head of the street, which served the African-American community, was demolished.

Many of the last vestiges of that community were destroyed in the early 20th century when many tenements occupied by black Villagers and the main African-American church in Greenwich Village were demolished to make way for the construction of the IRT and IND subways and the southern extension of Sixth and Seventh Avenues.  It was at this time that center of New York’s African-American community shifted to Harlem.

While we don’t know exactly when Howard Bennett moved from the Village to Harlem, we do know that after serving in the Pacific Theater during World War II, he became a leader of the 369th Veterans Association, the organization of members of the famous “Harlem Hellfighters.” He also served as Labor Chairman of the New York Branch of the N.A.A.C.P. and was a consultant and confidant of labor leader A. Phillip Randolph.

Bennett and several friends conceived of the idea of making the civil rights leader’s birthday a national holiday while returning from Dr. King’s funeral in Atlanta. After renting a storefront in Harlem, he enlisted the help of a few dedicated grassroots activists and began gathering signatures on petitions. 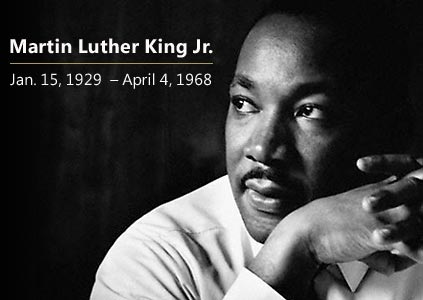 In April 1970, along with William Byrd and other members of the 131st Street Block Association, Bennett presented six million signatures to Brooklyn Congresswoman Shirley Chisholm and Detroit Congressman John Conyers. Chisholm and Conyers introduced a bill to make King’s birthday a national holiday in Congress.  According to Bennett’s writings, there was much resistance to the idea for many years, and not just by those who did not share Dr. King’s beliefs — he claimed that supportive members of Congress were hesitant to lend their names to the bill as well.

After a more than 10 year campaign, in 1979 Congress voted upon the proposed holiday, but it fell a few votes shy of passage.  Unfortunately, Bennet died in 1981 before he got to see the full fruits of his labor.  Though President Ronald Reagan initially opposed the bill, when it was passed by a veto-proof majority in both the House and Senate in 1983, he signed it into law on November 2 of that year, making January 15 a national holiday in honor of Rev. Dr. Martin Luther King Jr.  Since 1986, the holiday has been observed on the third Monday in January.

Based upon research conducted by GVSHP, we believe that Mr. Bennett and his family lived at a now-demolished tenement at 11 Greenwich Avenue, just west of 6th Avenue.  That and several neighboring buildings were demolished in 1929 and replaced with 1 Christopher Street. which stands on the site today.  This would have been just past Gay Street, which was known to have a large African-American population, and several blocks from Minetta Street and Lane and Thompson Street, which in the 19th century were the heart of Greenwich Village’s African-American community.

You can learn more about the history of Howard Bennett, Little Africa, and more than a hundred other sites connected to Civil Rights and Social Justice history in Greenwich Village, the East Village, and NoHo on GVSHP’s Civil Rights and Social Justice Map. You can also read more about Bennett and nearly 1,000 other sites of historic significance in our Greenwich Village Historic District Map and Tours here.

A small playground in Harlem is named in Howard Bennett’s honor. 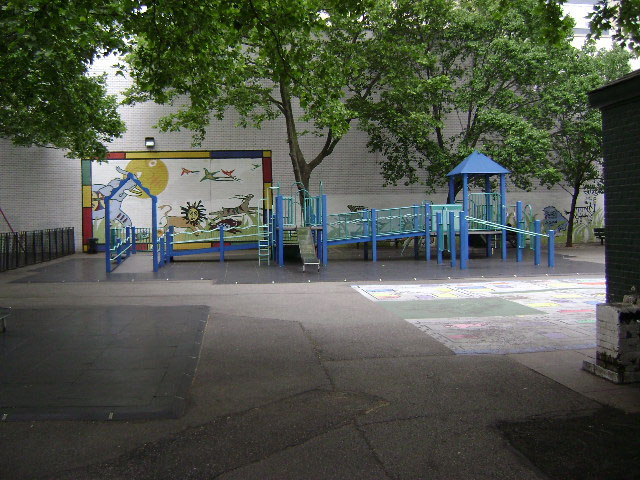