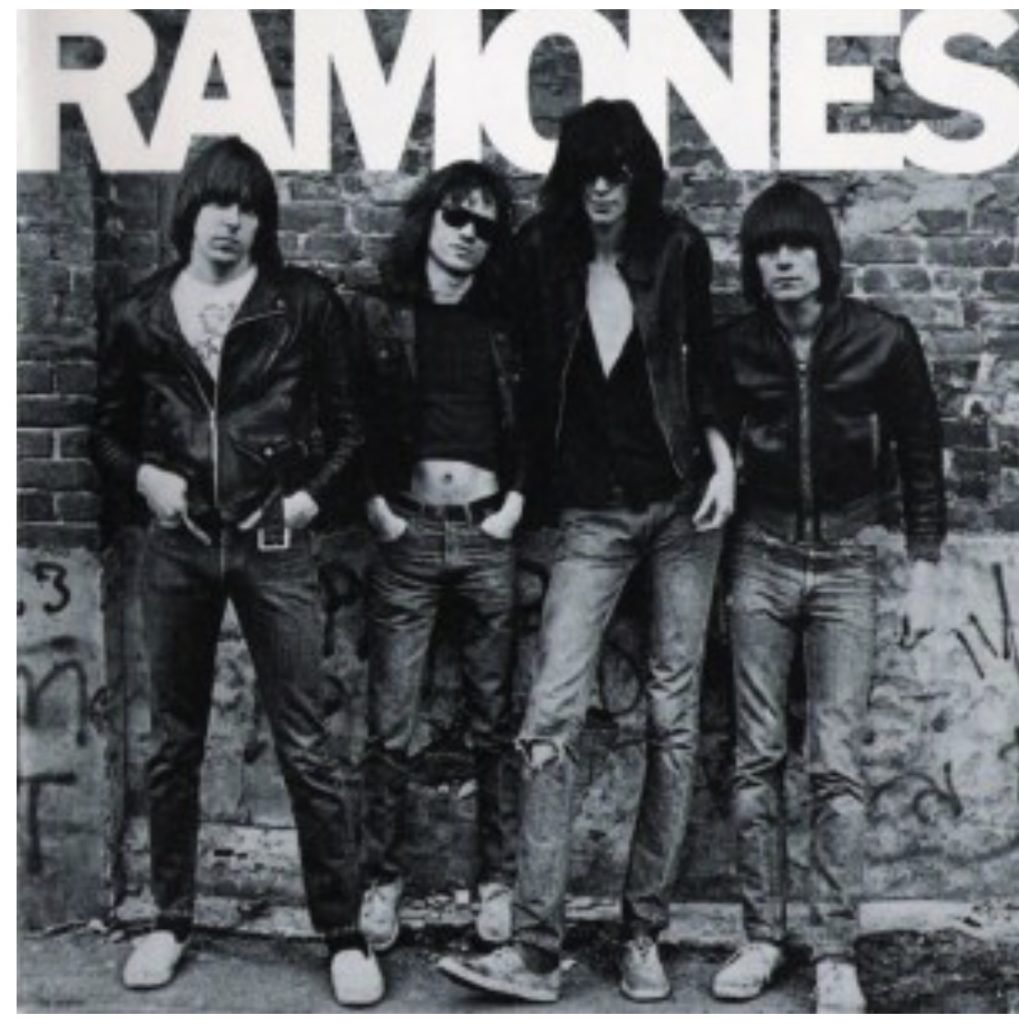 On April 23, 1976, the Ramones self-titled debut album was released, changing the face of music forever.

Clocking in at just 29 minutes, ‘The Ramones’ was the absolute antithesis of the bloated, album-oriented, arena rock of the era. It was quick, it was simple, and anyone could play it in their basement or local bar or club.

Considered by many the first truly punk album, it inspired thousands of other bands, not least among them the Sex Pistols and the Clash, who would enjoy far greater success in their lifetimes and spread the punk gospel across the U.K. and the world.

But make no mistake; the adrenaline-fueled three-chord rock-n-roll the Ramones espoused, introduced on the album with the immortal invocation “Hey, ho, let’s go,” grew straight out of the ferment of the downtown music scene, particularly that of CBGB’s. Inspired by fellow downtowners the New York Dolls, and following close on the heels of the release of Patti Smith’s ‘Horses,’ the Ramones broke down musical barriers forever and reoriented popular music back towards its roots, and particularly 1960’s garage rock.

In spite of the seismic shift the album inspired and the far-reaching influence it had, it was a commercial flop.  It peaked at 111 on the U.S. album charts (it’s greatest success was in Sweden, where it reached number 48), and was not even certified gold in the U.S. until 2014, nearly forty years after its realease and, sadly, after all of the band’s original members had already died.

All of this might seem apropos for a band which largely invented the DIY aesthetic, and seemed more driven by their passionate commitment to their music than any desire for mainstream recognition or acceptance. But in fact the Ramones craved and sought commercial success, but never achieved it — at least not on the scale that their many imitators and acolytes did.

In fact, this tension between the band’s commercial aspirations and inspirations and their uncompromising approach is on full display in their debut album, as it was throughout their career. The album’s two singles, the unmistakably catchy but disturbingly Nazi-referencing opening track “Blitzkrieg Bop” and the surprisingly sweet ballad “I Wanna Be Your Boyfriend” seem positioned to hit the listener at either end of the musical spectrum. Yet like the album, neither charted in the U.S.

The album’s now-iconic cover also illustrates the dichotmy between the band’s influence and commercial impact. The band originally wanted the cover to riff on the Beatles’ instantly recognizable ‘Meet the Beatles’ cover (appropriately enough for a band which both wanted to bring rock back to its 60’s roots and whose name came from the pseudonyms used by the Fab Four when they would seek to travel incognito). When that didn’t work out they instead used the stark and simple image of them taken by Punk Magazine photographer Roberta Bayley standing (or in Joey’s case, slouching) against the bare brick wall lining the west side of Albert’s Garden, a still-extant community garden on the north side of East 2nd Street between the Bowery and 2nd Avenue, which was at the time just around the corner from CBGB’s, on a block littered with hypodermic needles and vacant lots.  That album cover, with its bold sans serif typeface simply proclaiming “The Ramones” over the image of the leather and denim-clad band, became one of the most imitated in popular music, creating a new archetype for rock imagery perhaps as influential as the ‘Meet the Beatles’ album cover they tried but failed to imitate.

In 2002, Spin Magazine ranked the Ramones the second most influential band of all time, behind only the Beatles.  From the release of their debut album to their break up in 1996, the band toured almost constantly, playing over 2,000 shows

Click here for more on the Ramones, including  their first live performance and the East Village locations of other album shoots.