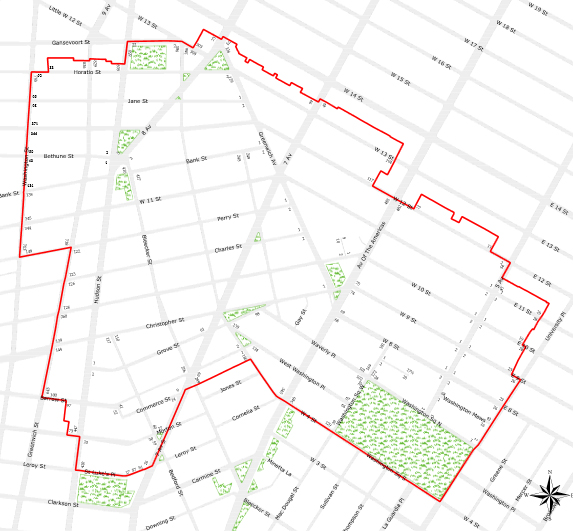 Map of the Greenwich Village Historic District. Click to enlarge.

On April 29th, 1969, Mayor John Lindsay was still smarting from the botched cleanup of the February 1969 snowstorm, The 5th Dimension was at the top of the pop charts with Aquarius/Let the Sunshine In, and the newly created Landmarks Preservation Commission (LPC) designated the Greenwich Village Historic District. It also produced a historic district report, describing the 2,000 or so buildings and the broader neighborhood included in the landmarked district. For four decades it was the city’s largest historic district, covering hundreds of buildings in one of New York’s oldest neighborhoods. 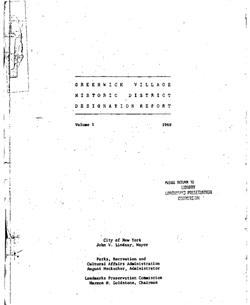 Though composed at the dawn of New York’s landmarking effort, the sentiments found in the text of the report sound like they could have been written today, as many worry about the influx of out-of-scale glass towers and nondescript bank branches on every street corner.  In talking about its rationale for landmarking Greenwich Village, the LPC noted that “…the New York City Landmarks Preservation Commission has moved to designate this unique area of the City, to check that process of attrition which eats away our best neighborhoods, bit by bit, piece by piece, until we wake up to find that a fine neighborhood has become a second-rate anonymous place. What is this process of attrition but the gradual replacement, house by house, of the good by the bad, of the compatible by the mediocre. The end result is the anonymous city block, the area we pass through without seeing.”

You can view the entire report (PDF) here.

Much as many of us do today, the LPC bemoaned the insensitive changes being made to the architectural character of the neighborhood and out of scale new development. Architecturally, it noted that largely intact swaths of buildings represented a significant cross-section of various styles including Federal, Greek Revival, Italianate, Neo-Grec, and Queen Anne. 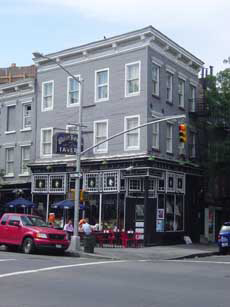 In addition to the architectural significance, the LPC took time to note the important artistic and cultural heritage of Greenwich Village, (something which we try to expound upon here every day on Off the Grid) which the report notes was home to the likes of Thomas Paine, Edgar Allen Poe, Henry James, Ida Tarbell, Mark Twain, Edna St. Vincent Millay, and Edward Hopper.

Although novel and notable in its scope, the district and its designation report reflect the different civic and social priorities of the times in which it was composed. Though exceptions can be found, the commentary about the various buildings included in the district in many ways celebrates what we might consider today the caricatured notion of the picturesque, charming, or ‘cute’ brick residential townhouses, many originally designed for the wealthy. The significant contributions to the architectural and social character of the neighborhood by thousands of immigrants, people of color, women, and the LGBT community are in many ways ignored. When GVSHP proposed the South Village Historic District which the LPC has now designated, these facets of our city’s history were brought front and center. 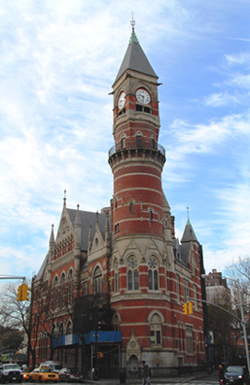 Despite these and other limitations, the district and its accompanying report document are worth celebrating. It’s hard to take exception to the report’s assertion that “the Village means something real, tangible and livable to its inhabitants, while to the casual visitor, it represents a chance to look into a world of hidden charm, mystery and ever-changing vistas. What is exceptional about Greenwich Village is its many tree-lined streets, the human scale of so many of its buildings, and the special architectural qualities of its houses … District designation brings with it a new spirit of constructive planning by the community and of responsibility for its future.”

GVSHP recently published the report, New Buildings Approved for Construction within the Greenwich Village Historic District Since Designation, which chronicles all LPC-approved new buildings in the District since 1969.