June is Pride Month, an especially exciting time in our neighborhoods.  LGBT history is closely tied with the Village and environs, and this month we’re highlighting the LGBT history of the West Village, East Village, South Village, and NoHo.  Many of these sites can be found on our GVSHP Civil Rights and Social Justice Map, and we encourage you to check it out and let us know about any other histories or locations you think should be added.  Today is our last post in the series, focusing on NoHo.  Be sure to read our other posts about the West Village LGBT historic sites here, those in the East Village here, and the South Village here.

NoHo sits between the East and West Villages, and much of it was designated an historic district in 1999, with districts extensions in 2003 and 2008.  While there is some civil rights and social justice history in the neighborhood, NoHo is more well-known as home to many prominent artists, cultural institutions, works of architecture, and performance spaces, many with important LGBT histories or connections.

Here are a few: 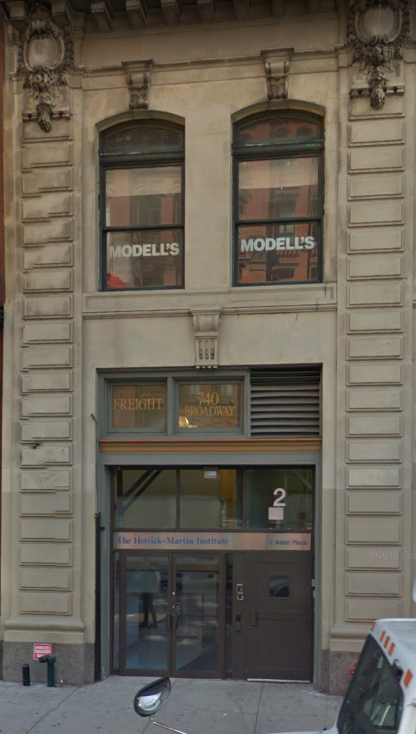 Harvey Milk High School (named for the first openly gay man to be elected to public office in the United States) was founded in 1985 to serve as the first public high school in the world for, though not limited to, gay, lesbian, bisexual, and transgender young people. The school was originally run by the Hetrick-Martin Institute (HMI), an organization that provides support to at-risk youth, especially non-heterosexuals. Since 2002, the school has been administered by the New York City Department of Education, separate from HMI,

though they still share space in the same building. HMI also continues to provide the majority of the school’s arts and culture programming. The school moved here in 1993 from its original location on West Street.

James T. (Biff) Ellison (a gangster affiliated with the Five Points Gang) opened Columbia Hall, better known as Paresis Hall, in the 1890’s in the building that is still standing at 32 Cooper Square. He apparently made no attempt to disguise the establishment as anything other than what it was, a ‘fairy resort’, where male prostitutes waited tables, performed, and offered sex to patrons. For the men who frequented Paresis Hall, it was not the degenerate resort that tourists and reformers saw. It offered them an important social center, and provided a sense of community and support.

NoHo has also served as the home and work place for several of the late 20th century’s most prominent artists who were also gay.  Pop artist Robert Rauschenberg lived and worked at 381 Lafayette Street, where his namesake foundation is now located.  Just around the corner, photographer Robert Mapplethorpe lived and worked in a loft at 24 Bond Street.

Finally, 676 Broadway was the former studio of artist Keith Haring.  Haring began working there on the 5th floor in 1985, and continued to work there until his death from complications from AIDS in 1990. 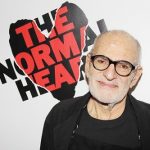 Two milestones in the performing arts also witness their birth in NoHo.  In December of 1980, the New York Gay Men’s Chorus had their debut performance to in the Great Hall at Cooper Union, an event which helped empower the fledgling group and help motivate them to become the tour de force they are today.  In 1985, Larry Kramer’s play, “The Normal Heart,” a “fiercely polemical drama about the private and public fallout of the AIDS epidemic,” had its debut at The Public Theater.  The Public Theater is also the recipient of a 2017 GVSHP Village Award.

Finally, the architect Louis Sullivan’s only work in New York, the Bayard-Condict Building, is located at 65 Bleecker Street in NoHo.  Sullivan is considered the “father of modernism,” and is a key figure of the Chicago and the Prairie Schools of Architecture, the progenitor of the skyscraper, and coiner of the phrase “form follows function.”  His pioneering work giving visual identity to the skyscraper and stripping architecture down to its most essential elements nevertheless found a distinct and remarkable home in the Village.

The Bayard-Condict Building was completed in 1899 at the head of Crosby Street.  Unlike most of his other skyscrapers, the Bayard-Condict Building is wedged between other buildings on three sides, and thus has only one façade with which to express Sullivan’s revolutionary design ideas.  The building was even the recipient of a GVSHP Village Award in 2002.  Sullivan died in 1924 and according to biographer Robert Twombley, though he never publicly identified as such, Sullivan likely also faced the challenges of being gay at a time when such an identity or orientation faced harsh social and legal stigma and sanction.