Immigration is a core theme in the history of New York City, and in the Village this is reflected in both the architecture and remaining and past cultural enclaves.  People from all over the world come to our neighborhoods, adding to the vibrancy and life within them.  We here at GVSHP are proud of and celebrate the Village’s history of immigration and the legacy it has left behind.  Below is a roundup of some of our stories about immigration, historic cultural communities, and the changing faces of a neighborhood made richer by its openness to new peoples and ideas.

Here are some general posts about immigration and the Village neighborhoods:

Sullivan-Thompson, a District of Immigrants

When They Stemmed the Flow of Immigrants into New York City

Immigration and the Village

The East Village was once home to the largest German community in the world outside of Germany.  Read more about the community of Kleindeutschland, or “Little Germany,” here:

The Synagogues of East 6th Street

Looking Up: The Stuyvesant Polyclinic

The Libraries of Greenwich Village and the East Village

From Singing to Sofas: The History of the Burger-Klein Building

The Busts of Little Germany

The East Village is also home to a large Ukrainian community; learn more about that history below:

Little Ukraine in the East Village

Spotlight On the Ukrainian Museum: Ukrainian Art and Culture in the East Village

The history of the South Village is particularly tied with Italian-Americans in New York City:

Italians of the South Village

Vesuvio Playground: A Haven for the South Village

Tenements of the South Village

A Catholic leader for the South Village 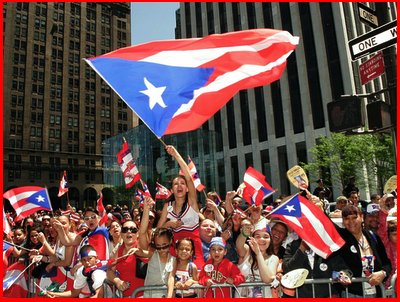 In its long history the Village has seen many other cultural enclaves and communities settle within its borders.  There are too many to name, and probably many more we still have yet to cover, but below are a few of our posts that highlight the cultural communities that had settled into, and some can still be found, within the neighborhoods:

Celebrating Hispanic Culture in the Heart of the Old Little Spain

Program Recap: The Origins of Little Spain and The Whitney Museum

Ninety-Eight Years Ago, Puerto Rican Migration to the Lower East Side Begins

Little India in the East Village

One response to “Roundup of posts on immigration and the Village”