Through his writing, televised debates, and public speaking across the globe, author and activist James Baldwin (August 2,1924-December 1, 1987) was a vital voice for the civil rights movement. He was part of the 1963 March on Washington for Jobs and Freedom, as well as the 1965 Selma-to-Montgomery voting rights march.  From 1958 to 1961 he lived in Greenwich Village at 81 Horatio Street, and for many years before and after that, he frequented and drew inspiration and comradery from many of the literary and bohemian clubs and cafes of Greenwich Village.

But due to the pervasive racism Baldwin felt in much of this country, he lived as a self-described “transatlantic commuter.” While he lived for a good deal of time in France, Baldwin often featured New York in his work.  In 2015, GVSHP and Two Boots commemorated Baldwin’s time in the Village with a plaque at 81 Horatio Street — you can see the video here. Unsurprisingly, the event drew many Baldwin admirers, scholars, and even family –  Trevor Baldwin, a nephew of James, was in attendance, as well as 2015 Pulitzer Prize Winner for Poetry Gregory Pardlo, writer and Villager Fran Lebowitz, and Max Rudin, publisher of the Library of America, which in 2015 released a third volume of Baldwin’s collected works. 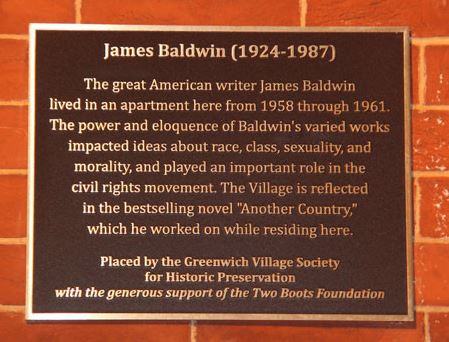 Baldwin wrote about the Village in his novel “Another Country,” published in 1962:

“They reached the park. Old, slatternly women from the slums and from the East Side sat on benches, usually alone, sometimes sitting with gray-haired, matchstick men. Ladies from the gigantic apartment buildings on Fifth Avenue, vaguely and desperately elegant, were also in the park, walking their dogs; and Negro nursemaids, turning a stony face on the grown-up world, crooned anxiously into baby carriages. The Italian laborers and small-business men strolled with their families or sat beneath the trees, talking to each other; some played chess or read L’Espresso. The other Villagers sat on benches, reading – Kierkegaard was the name shouting from the paper-covered volume held by a short-cropped girl in blue jeans – or talking distractedly of abstract matters, or gossiping or laughing; or sitting still, either with an immense, invisible effort which all but shattered the benches and the trees, or else with a limpness which indicated that they would never move again.”

This year, James Baldwin,  returned to his old neighborhood — on the silver screen at least. Film Forum showed the documentary I Am Not Your Negro, based on Baldwin’s unfinished text Remember This House, and directed by Raoul Peck. Narrated by Samuel L. Jackson, the film explores the history of racism in America. 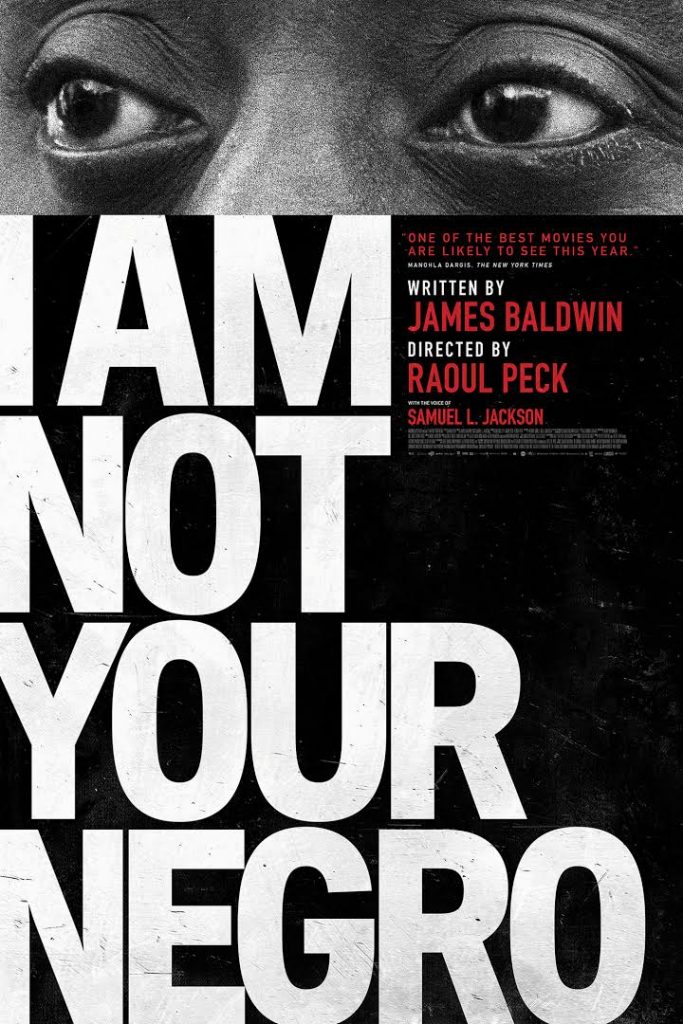 Unfortunately, one impotant element of Baldwin’s life in France will not be returning.  The campaign to save James Baldwin’s former home in the French village of Saint-Paul-de-Vence has failed, and it will be demolished.  In a tale all too common across the world, with history and culture often leveled to make way for the next shiny incarnation of steel and glass, the site’s structures will be demolished and replaced by a luxury apartment complex. The development, called Le Jardin des Arts, is slated to open by June 2019 according to the NYTimes. 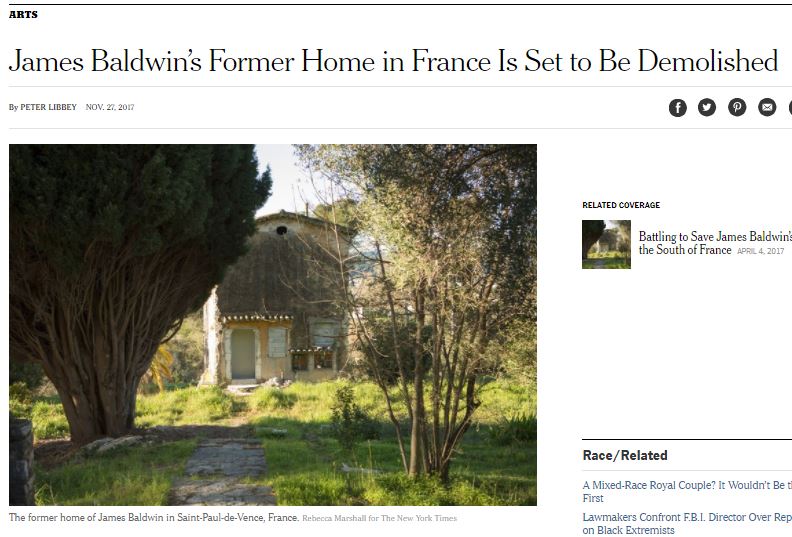 Although you can’t visit his home in France anymore, you can read this essay “Breaking Into James Baldwin’s Home” about a journey to the village of  Saint-Paul-de-Vence, or about Henry Louis Gate’s own pilgrimage here where he writes:

“Baldwin’s house was situated among shoulder-high rosemary hedges, grape arbors, acres of peach and almond orchards, and fields of wild asparagus and strawberries; it had been built in the eighteenth century and retained its frescoed walls and rough-hewn beams. And yet he seemed to have made of it his own Greenwich Village cafe. Always there were guests, an entourage of friends and hangers-on, and always there was drinking and conviviality.”

Finally, it has come to our attention that a well-known photo of Baldwin dancing with Lorraine Hansberry (below) is not what it seems. According to Tracy Heather Strain, award-winning director of Sighted Eyes/Feeling Heart, based on her research, it is not Hansberry, she says on facebook here.

Though Baldwin and Hansberry were close, living nearby in the Village at the same time, Strain notes that “The Getty photo by Steve Shapiro of James Baldwin dancing with a woman whose face is obscured is not Lorraine Hansberry. It is Doris Jean Castle, a civil rights activist and member of C.O.R.E. in New Orleans.” 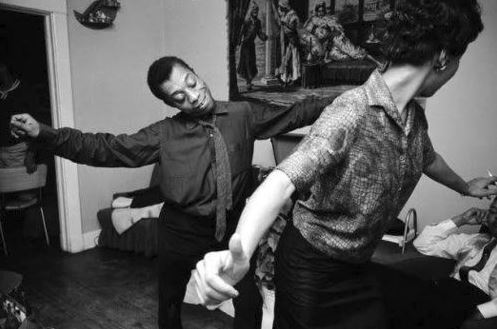 Though this may not be a picture of Baldwin and Hansberry dancing together, no doubt these two literary and civil rights icons did at some point.  And still do in our minds’ eye.