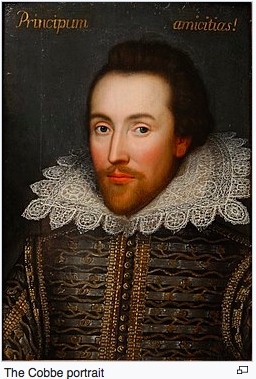 William Shakespeare is believed to have been born on April 23, 1564, and coincidentally died 52 years later on April 23, 1616. Of course his legacy continues to live on throughout the world, and can certainly be felt right here in Greenwich Village.

Joseph Papp was the founder of the venerable Village institution, The Public Theatre. His name is synonymous with New York Theater and his commitment to free Shakespeare for the people is part of his transcendent legacy.  GVSHP celebrated The Public with a Village Award in 2017, the 50th Anniversary of the opening of the cultural powerhouse in the former Astor Library on Lafayette Street. 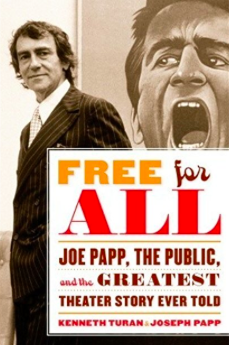 Papp founded the New York Shakespeare Festival in 1954. It was initially chartered as the Shakespeare Workshop, an actors’ workshop presenting Shakespeare and his Elizabethan contemporaries free of charge in the basement of the Emmanuel Presbyterian Church and in the Heckscher Theater. The original aim was to cultivate and encourage interest in Shakespeare and classic drama, to present an annual Shakespeare festival, and to build an Elizabethan-style stage to present Shakespeare’s works. During the Fifties, Papp fought to obtain financial support from the City of New York in order to establish a subsidized, free Shakespearean theater. Eventually, Papp won a court battle with New York City Parks Commissioner Robert Moses to keep his Shakespeare productions free to the public. In 1957, the New York Shakespeare Festival flatbed truck, which toured the city parks and playgrounds with performances of Shakespeare, broke down near Belvedere Lake in Central Park. And it was on that site that they constructed the Delacorte Theater, which opened in 1962.

During the Sixties, Papp extended the reach of the New York Shakespeare Festival by bringing Shakespeare to the outer boroughs of New York City and the tri-state area. He created the Mobile Theater, which toured the public schools, religious institutions, and civic organizations.

During the Seventies, the New York Shakespeare Festival earned an international reputation for theatrical innovation and received numerous awards. Papp expanded the Festival into the areas of dance, music, and poetry, producing new plays by young playwrights that reflected contemporary issues. Papp was ever seeking new audiences for the theater, which he believed to be a powerful social force.  But his commitment to free Shakespeare for all is the seminal founding principle of The Public and remains its hallmark.

Today, The Public’s programming also includes a range of artist and audience development initiatives including its Public Forum series, which brings together theater artists and professionals from a variety of disciplines for discussions that shed light on social issues explored in Public productions, and the Mobile Unit, which, like its progenitor on the flatbed truck, tours Shakespearean productions for underserved audiences throughout New York City’s five boroughs.  The Mobile Unit takes residence this month at The Public at the former Astor Library, offering its production of Henry V, free to the public.