Standing diagonally on its lot at the intersection of East 10th Street, Stuyvesant Street, and 2nd Avenue, St. Marks Church-in-the-Bowery is the oldest site of continuous worship in our city.  The cornerstone for the church was laid on April 25, 1795, and the church we know and love today isn’t even the first structure of worship at that location. 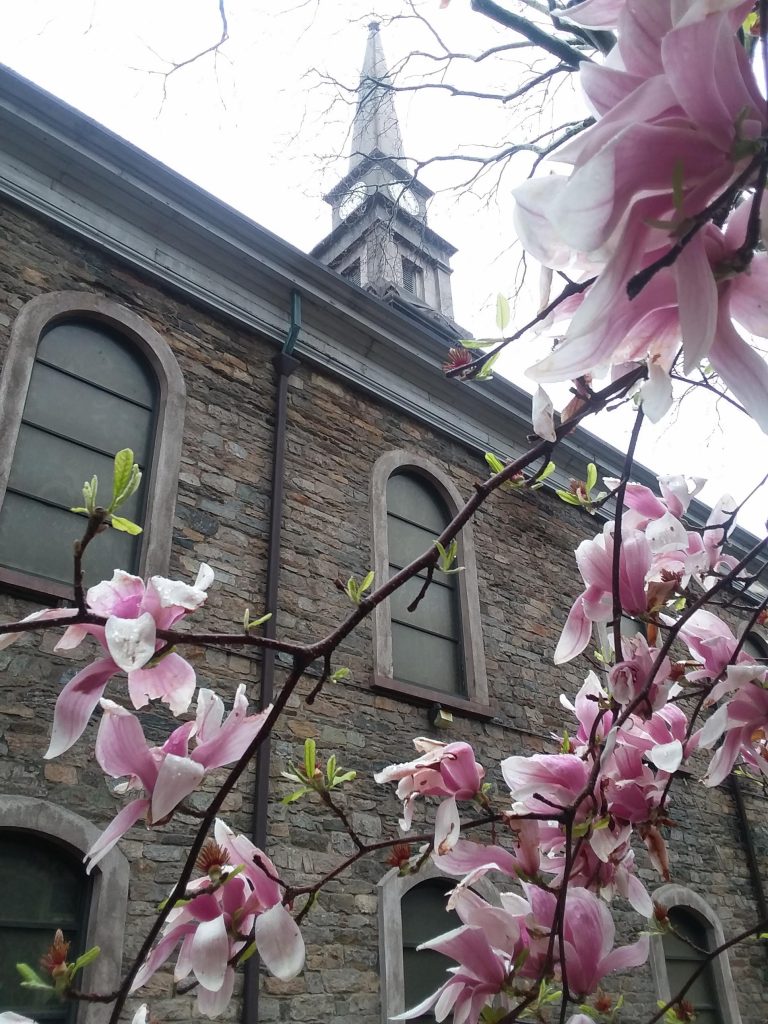 Back then, the church stood on Governor Peter Stuyvesant’s farm, or bouwerie (from the Dutch), and was to replace a previous church built in 1660 at that same location. Its place on that verdant farm is why even today the church does not face either Second Avenue or 10th Street – neither existed at the time.

It took four more years after the cornerstone was laid for the fieldstone church to officially open in 1799, and by 1807 a tower had been added. Additions were made again in 1828 and 1854, each in their own period’s architectural style. It is truly a harmonious blend.

As the National Register of Historic Places says in the church’s designation report, St. Mark’s is one of the few “happy examples” of a building created in accretion. 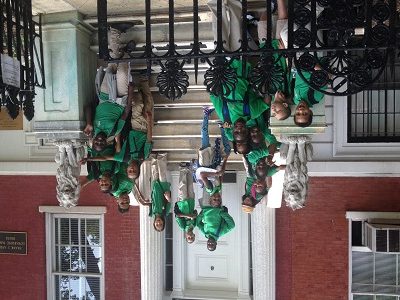 The “Florentine marble lions guarding the porch” are currently on the west side of the church since having to make way for the renovation of the front portico to install an accessibility ramp. 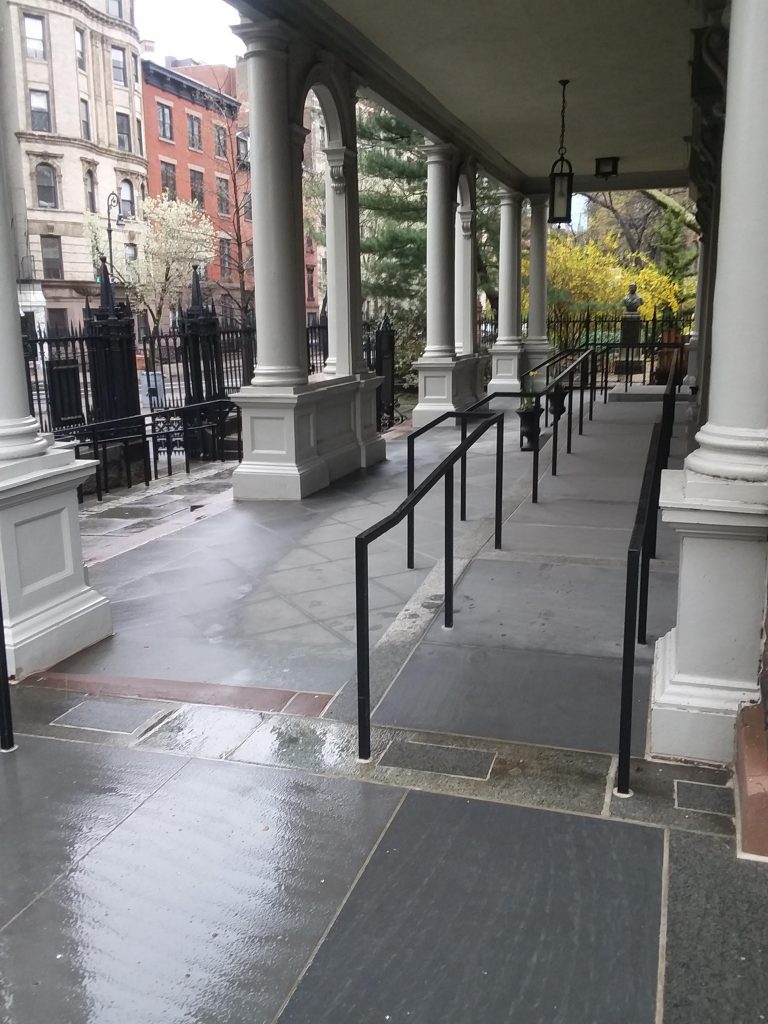 And so it is still true:

“St. Mark’s, wearing gracefully the additions of successive eras, has not neglected the present.  Programs directed to the creative neighborhood fill the church and the grounds not only on Sundays but during the week as well.”

The Feast of St. Mark (La Festa di San Marco) is an annual local public holiday in Venice, Italy, on April 25, also the day the cornerstone for the church was placed. It honors St. Mark, the city’s patron saint, and coincides with Liberation Day celebrating the fall of the fascists and Nazis of that era.

If you’re interested in learning more about St. Mark’s, check out our past Off the Grid pieces on the site, including a 2016 post celebrating the 50th anniversary of the church’s NYC landmark designation. 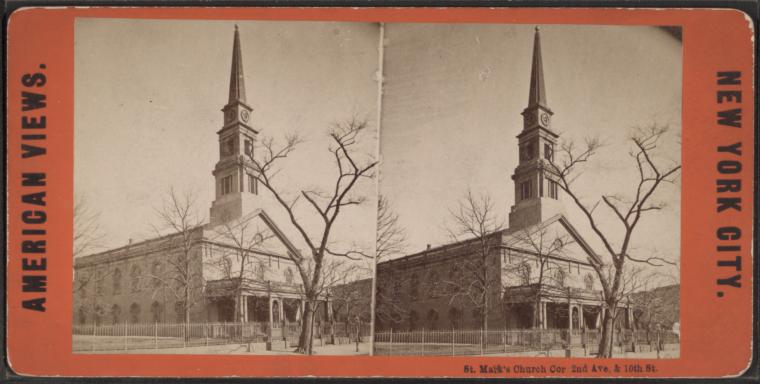 An 1865 stereoview, from the collections of the New York Public Library.