They Lived on West 9th Street: Maurice Sendak is the 2nd in a series.

Did you know that in the early 1960s, American illustrator and writer Maurice Sendak (1928-2012) lived at No. 29 West 9th Street? While living there, he wrote and illustrated one of America’s most beloved children’s books, Where the Wild Things Are.

In honor of Sendak, we thought we would give you a list of 9  things you might not have known about him.

1) Noses were adored by Sendak.
In 2011, Sendak was working on a book about noses. He attributed his love of the olfactory organ to his brother, who had a great nose in Sendak’s opinion.

2) Sendak worked at the New York City toy store F.A.O. Schwarz.
At age twenty, Sendak began working at F.A.O. Schwarz creating window displays. It was through his work at the shop that he met his editor.

3) Where the Wild Things Are was not Sendak’s first choice for a title.
Sendak first considered the title Where the Wild Horses Are. Later, he decided against horses in favor of “things,” the fanciful creatures now beloved by children.

4) One illustration in Outside Over There is based on the Lindbergh kidnapping.
In Sendak’s picture book about a young girl who must rescue her baby sister who has been taken by goblins, there is an illustration of a ladder leaning out of the window of a home. This was based on the crime scene in the Lindbergh kidnapping, which terrified Sendak as a child.

5) Sendak wrote and illustrated Where the Wild Things Are while living close to the Jefferson Market Library.
At the time, Sendak lived in a basement apartment at 29 West 9th Street. We now like to think of it as a favorite NYC literary landmark.  He also had a pied-a-terre at 40 5th Avenue where he worked and stayed occasionally after moving full-time to Ridgefield, CT. 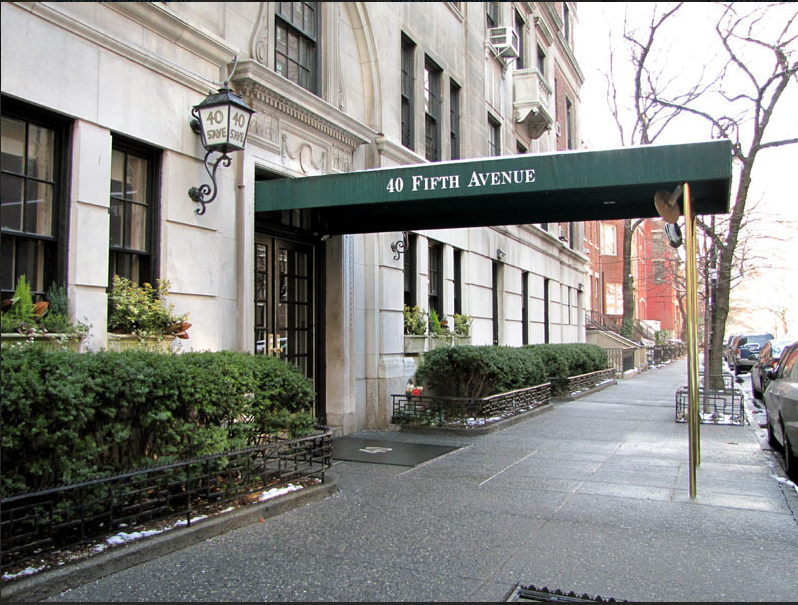 6) Once, Sendak collaborated with the Pulitzer Prize-winning playwright Tony Kushner.
In 2003, Sendak illustrated a book, Brundibar, written by Kushner. The book was based on an opera by Hans Krasa and was performed by children in the concentration camp Theresienstadt.

7) Sendak designed costumes and sets for ballets.
When the Pacific Northwest Ballet staged The Nutcracker in 1983, it was with the help of Sendak’s rich visual imagination.

To read more of our series about West 9th Street Luminaries, click here.

3 responses to “They Lived on West 9th Street : Maurice Sendak”