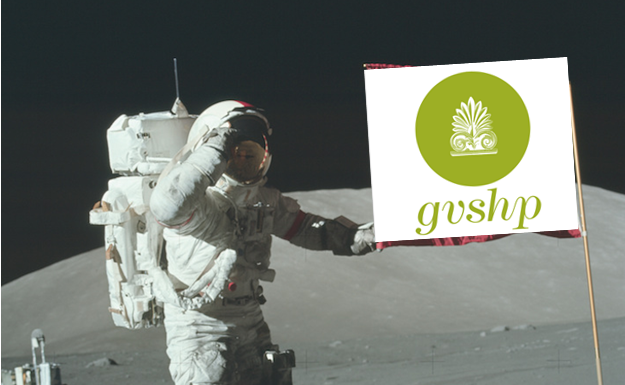 On July 20, 1969, the Apollo 11 Moon Landing became one of the most defining events of American History in the 20th Century.  Two years prior though, the Village experienced its own “Goodnight Moon Landing” when the house of Margaret Wise Brown, author of the famous children’s book Goodnight Moon, was moved from 1335 York Avenue to its present location at 121 Charles Street.

121 Charles Street dates from the late 18th/early 19th century, with some sources dating its construction to 1810. Saw marks found on the wood indicate that it was built after the introduction of sawmills, dating the house to the early 19th century at the earliest.  For its first one hundred or so years it was farmhouse on the Upper East Side. It then served as a restaurant for a short time, and in 1946, Margaret Wise Brown, author of Goodnight Moon, rented the house (the house is sometimes referred to as the “Goodnight Moon House”). In 1960, Sven and Ingrid Bernhard rented the farmhouse and in 1966 the Bernhards gain ownership of it.

The property and the house originally belonged to the Archdiocese of New York, who in 1965 were planning to demolish it and surrounding properties (then known as Cobble Court for the cobblestones that lined this and adjoining property) for the new planned Mary Manning Walsh Home for the Aged.  When the Bernhards gained ownership of the property, they were given six months to move it from its York Avenue location.  William Shopsin, a young architect interested in preserving historic buildings, was hired to find a new site that would preserve the house’s charm. He found the Charles and Greenwich Street lot on February 3rd (the first of two extensions the Bernhards received to move the house). The lot’s unusual shape was also able to accommodate the 26-foot-wide house, which would have trouble fitting on the standard 25-foot-wide Manhattan lot.

Before moving, Shopsin needed permission from numerous city agencies, including the Department of Buildings (DOB), which had no record of the building due to its age (its construction predated DOB’s formation in 1866). To further complicate matters, wooden houses had been outlawed in Manhattan; so while the house was grandfathered on the York Avenue site, it would not meet contemporary code requirements in another location. When the story caught the interest of Manhattan Borough President Percy Sutton and Mayor John Lindsay, their influence helped get the approvals needed to move the house. 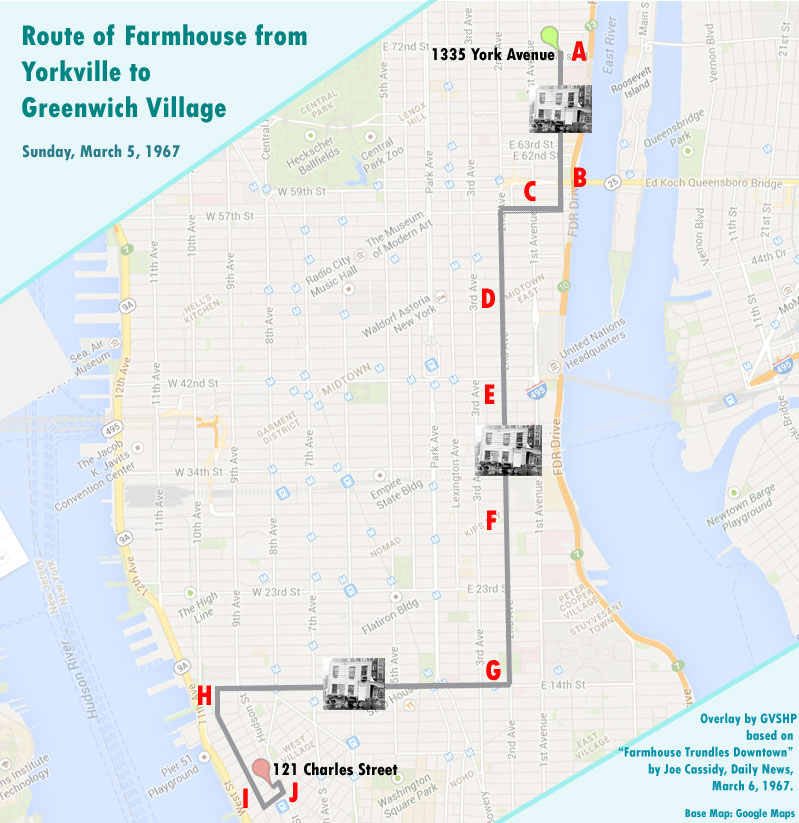 On March 5, 1967, the house was finally moved from York Avenue to Charles Street, where it has remained ever since.  In a prior blog post, we mapped out what this journey looked like, the streets the house traversed, and public reactions.  While moving a house from the UES to the West Village may not be quite a moonshot, but there were still extraordinary logistical difficulties involved in such a feat.