The renowned writer Alex Haley was born on August 11 in 1921. In the 1960’s, the Haley rented a writing studio in the back of the Greenwich Village building at 92 Grove Street. 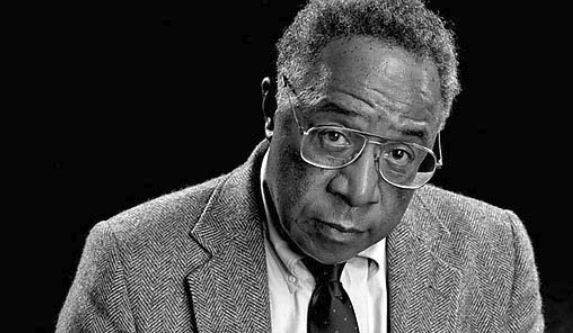 It was here that Haley conducted over 50 interviews with Malcolm X over a 2-year period, beginning in 1963. Malcolm X, the man surveilled by the FBI for demanding civil rights “by any means necessary”, had already been interviewed by Haley for magazine profiles, but was now set to tell his life story for a book. These interviews would be shaped into The Autobiography of Malcolm X, published in 1965. 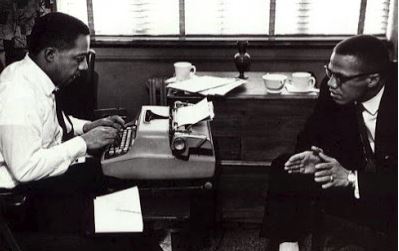 In the words of Alex Haley describing the process to negotiate the historical interviews in Greenwich Village:

“Another letter was dictated, this one an agreement between him and me: “Nothing can be in this book’s manuscript that I didn’t say, and nothing can be left out that I want in it.”

In turn, I asked Malcolm X to sign for me a personal pledge that however busy he was, he would give me a priority quota of his time for the planned 100,000-word “as told to” book which would detail his entire life. And months later, in a time of strain between us, I asked for—and he gave—his permission that at the end of the book I could write comments of my own about him which would not be subject to his review.

Malcolm X promptly did begin to pay me two- and three-hour visits, parking his blue Oldsmobile outside the working studio I then had in Greenwich Village. He always arrived around nine or ten at night carrying his flat tan leather briefcase which along with his scholarly look gave him a resemblance to a hardworking lawyer. Inevitably, he was tired after his long busy day, and sometimes he was clearly exhausted.

We got off to a very poor start.”

I think we can agree that from such a “poor start,” a stellar story was born.

Alex Haley was born in Ithaca, New York in 1921. He enrolled at Alcorn State University, a historically black college in Mississippi, and later at Elizabeth City State College in North Carolina.

In 1939, he began a 20-year career in the United States Coast Guard. It was during his service in the Pacific theater that he began crafting stories. After World War II, he requested that the Coast Guard allow him to transfer to journalism. By the time he retired in 1959, he had become chief journalist in the Coast Guard, a rating that had been created for him in acknowledgment of his literary ability.

The Autobiography of Malcolm X was Haley’s first book. In 1976, he published Roots: The Saga of an American Family, a novel based on his family history and later popularized on television.  He died in 1992.

In May of 2019, we placed a plaque on 92 Grove Street, memorializing Alex Haley’s time there, joined by Haley’s niece and Malcolm X’s daughter (see photos here and watch videos here). 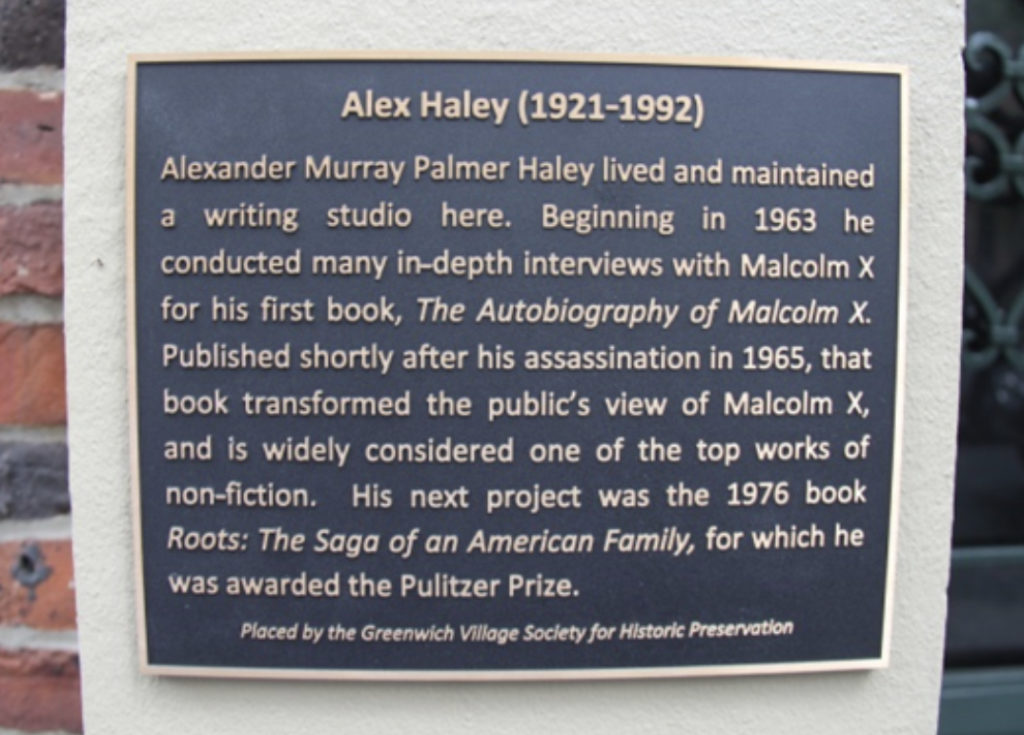 Alex Haley’s studio is on our Civil Rights and Social Justice map here.  You can hear Alex Haley in his own words being interviewed and reading stories on the Alex Haley Roots Foundation website here.