The Department of City Planning (DCP) recently launched an online tool that has compiled more than 8,000 historic maps of New York City and laid it on the current street grid. The fun and interesting tool is called NYC Street Map, and it allows you to see alterations made to the City Map since 1938. 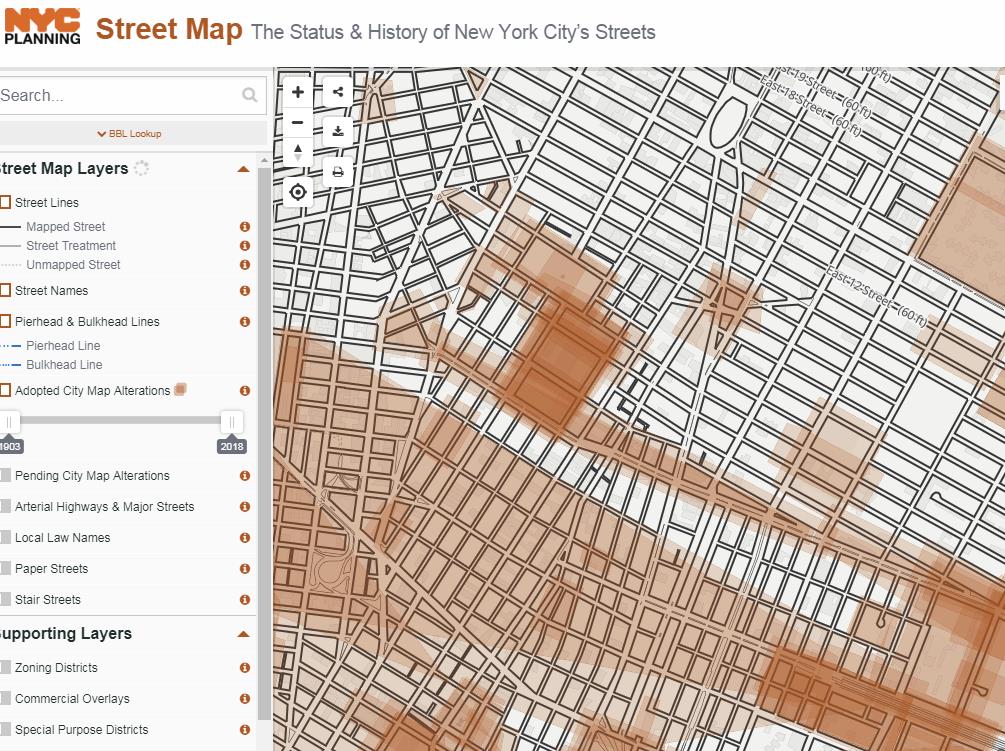 The brown and tan areas show where historic maps exist, and that the current streetscape was different, sometimes not too long ago.  Hover over and then click on the brown area you are interested in, and one or more options pop up.  Some areas have had multiple changes over the years.

Such changes include de-mapped, changed or new streets, creating space for parks or further development.  And some streets displayed were mapped, but never built.

Looking in Greenwich Village to start, you can see how until 1962, Fifth Avenue ran right through Washington Square Park!

Until the 1980’s the beautiful Sheridan Square Viewing Garden did not exist.  See the map approved by the Board of Estimate as recently as 1988.

And you can see where a park was laid out at  Bleecker Street between West 11th Street and Bank Street according to a 1959 map.

The elimination of Wooster and Greene Streets from West Houston to West Fourth Streets to make way for the Washington Square Southeast Area (now Washington Square Village and Silver Towers) is shown on a 1956 map.

In the East Village, the parkland created for what is today’s larger Children’s Garden on East 12th Street near Avenue B is revealed on a 1964 map.

You can explore all the changes for the entire city at Street Map: The Status & History of New York City’s Streets. While this is a fun and revelatory tool, it would be even cooler if they could go back as far as the Commissioners’ Plan of 1811, better known as the original Manhattan Street Grid, and show all the changes since then. 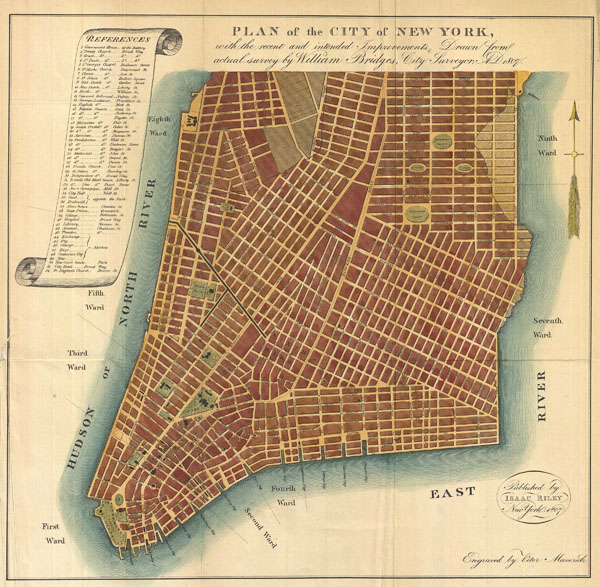