Did you know that 128 East 13th Street is believed to be the last surviving horse and carriage auction mart building in New York City? It was threatened with demolition until GVSHP got the Landmark Preservation Commission to hold an emergency hearing on landmarking the building on September 7, 2006, which started the long path toward designation of the building as an official New York City Landmark.

A once-common building type in New York, these marts are distinguished by their high central halls, where horses were paraded around on rings for potential buyers to review.  This particular survivor also has an unusually distinguished history.  It was built in 1903 by Jardine, Kent, and Jardine, one of the era’s most distinguished architectural firms.  According to contemporary reports in the New York Times, in the mart’s early years “the Belmonts and the Vanderbilts and other families transacted their horse affairs” there.

Later, the building was converted to a machine shop, and there according to the New York Times during World War II women were taught “assembly and inspection work, the reading of blueprints, and various mechanical aspects needed in defense industries.”  (This inspired GVSHP’s use of the ‘Rosie the Riveter’ image and “We Can Save It” slogan for our campaign to landmark the building and save it from demolition.) 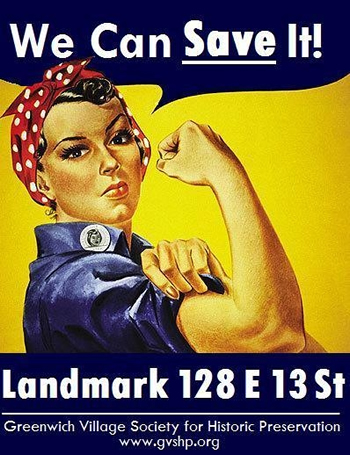 Most recently, the building served as the studio of Frank Stella, one of the 20th century’s most notable and influential artists.  Few buildings in New York could be said to have had such a distinguished history, intersecting with so many key phases of our city’s development and transformation.

But we very nearly lost it.  In 2006, GVSHP discovered that the building had been sold and the new owner planned to tear it down for a seven-story apartment building.  GVSHP immediately brought the danger to the Landmarks Preservation Commission’s (LPC) attention, and requested swift action to save it.  Fortunately, while construction plans for the new building had been approved, demolition permits had not yet been issued, which are irreversible and cannot be preempted by landmark designation.  The Commission responded to our call, and calendared and heard the building quickly, saving it from demolition.

But it took six long years to actually get the building landmarked, and it was finally designated on May 15, 2012.

Today it is home to the Peridance Capezio Center a center for all styles, all levels of dance and provides a broad spectrum of over 250 weekly adult and children’s dance classes. 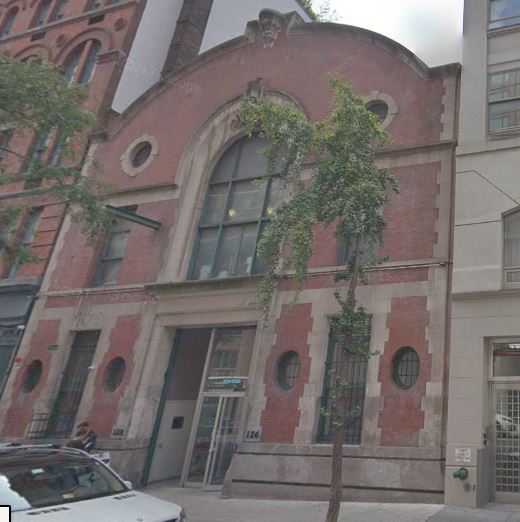 For those of you who are as fond of these equestrian-related buildings as we are, you’ll be happy to hear that our advocacy efforts in the South Village resulted in a historic district that contains several former stables, including those at 23 Cornelia Street and 17 Jones Street.