The now infamous Ninth Street Show, a ‘coming out’ of sorts for the post-war New York avant-garde art scene, began as a whimsical idea, but ended up literally overturning the hegemony of the uptown artists and art dealers over the art world in the mid-20th century New York art scene.  The show was to become the catalyst that altered the landscape of art history, moving the western world’s cultural center away from Paris to New York.

The story of the evolution of Abstract Expressionism has been told primarily from the point of view of the male-dominated world of the time.  In the official history of the movement, the narrative centers around the traditional story of the man as the creator while his female counterpart is the muse.  But the women at the center of this story were instrumental in breaking down the cultural and social barriers of their time. Those women, Elaine de Kooning, Lee Krasner, Helen Frankenthaler, Grace Hartigan, and Joan Mitchell, were at the very core of the intellectual, artistic, and social advancement of The New York School.  They worked, lived, and studied equally alongside their male counterparts, and paved the way for women for generations to come.

The legendary Cedar Tavern had long been the chosen boite for the burgeoning group of experimental artists and intellectuals who would later become known as the New York School. They gathered here at least every other night to drink, socialize, discuss art, fight, and more.  It is often said that it was here that Abstract Expressionism was born and bred. The tavern changed locations several times, but in 1945 it moved to 24 University Place, where it experienced its heyday. Artists were fond of the Cedar for its cheap drinks (15 cents a beer, to be exact) and unpretentious location on the off-the-beaten-track University Place.

On one early morning stumble-home from the bar in April of 1951, a group of them stopped around the corner on East 9th Street to further argue and discuss a familiar topic: their regular exclusion from uptown galleries, museums, and showings.  They noticed that they were standing outside a closed and empty storefront which was once a furniture store.  The space was vast and ideal for an exhibition.  They talked excitedly about the notion of a Salon des Refusés and relished the idea of a rebellious counter-exhibition, organized and curated by the artists themselves within this derelict storefront. 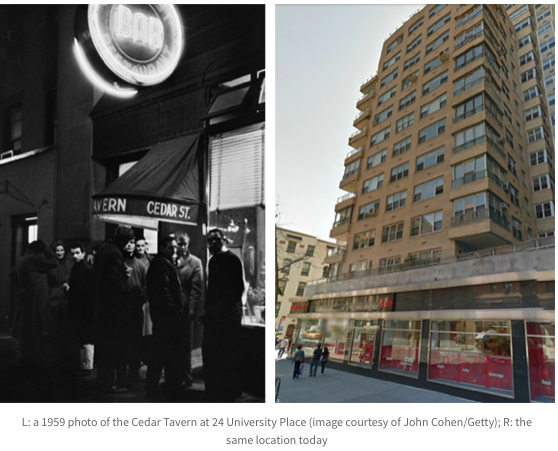 Milton Resnick, one of the artists present that night, went home to his painter girlfriend, Jean Steubing, and told her about their idea.  The next morning, before Resnick even woke up, Steubing met with the owner of the building and persuaded him to rent the space to the group for fifty dollars for one month’s use of the first floor and the basement. But as the building was slated for demolition, the group had to move fast in order to hang their show.  The grand idea was off and running. The show was to be altogether unlike those of the uptown museums and galleries.  It was to be inclusive, self generated, and self curated.

As the group came together to begin the process of creating the show, the sticky decision of who to include in the mix became contentious.  In order to address the seminal question, the group turned to an outsider.  Leo Castelli had immigrated to the United States in 1938, just before Paris fell to the Nazis.  But before leaving, he had produced a Surrealist show in Paris.  He was not an artist himself, but had become a part of their circle and seemed, at least to the impoverished artists, to have some money to spend.  As none of the artists could afford to pay Castelli for his assistance, many of them, de Kooning and others, promised to give Leo one of their works.  Castelli, for his part, was extremely diplomatic.  Artists were allowed to show one piece only and he asked them to submit small pieces so that more artists could be included.   Among the artists chosen to exhibit at the Ninth Street Show were Elaine de Kooning, Lee Krasner, Helen Frankenthaler, Joan Mitchell, and Grace Hartigan.

While all of the artists were well aware of one another, if not close friends and compatriots, they had never before shown together.  The Ninth Street Show was the first time all of the artists works had hung together.  They were mostly unknown at the time; Willem and Elaine de Kooning, Jackson Pollock, Franz Kline, Robert Rauschenberg, Hans Hoffman, Robert Motherwell, Krasner, Frankenthaler, Hartigan, Mitchell, Resnick and the others all together in one space was, according to reports, explosive and transformative. The show opened at 9 PM on May 21, 1951.  The uptown art crowd had gotten wind of the event and cars and taxis began to arrive at the opening in droves.  Fortuitously, Alfred Barr, the founding director of the Museum of Modern Art, arrived along with his close associate, Dorothy Miller.  While Barr was no longer the director of the Museum, he remained highly influential, as did Miller.

The Ninth Street Show became a huge success and the careers of those who exhibited skyrocketed.

For some time, Krasner and de Kooning lived in the shadows of their very famous husbands.  But their time came and today they are recognized, along with Hartigan, Frankenthaler, and Mitchell, as groundbreaking artists whose works are seminal to the New York School and the Abstract Expressionist movement.

The 9th Street building where the downtown art scene who the world was indeed demolished.  Here is a shot of what it looks like today 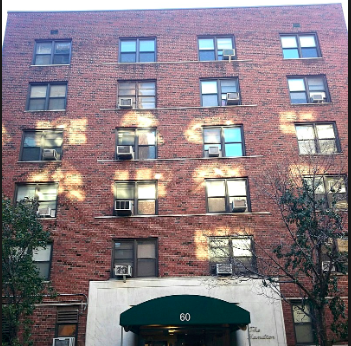 Writer Mary Gabriel has recently published an extraordinary book about the five women who were instrumental in changing the trajectory of American Art History.  Her book Ninth Street Women is well worth a read for a more in-depth look at these five artistic pioneers.