On January 10th, 1750, James Varick was born into slavery in upstate New York. Possibly a slave of the prominent Dutch Varick family, as a young boy he and his mother were freed and moved to New York City. The church he helped found, what would grow to be Zion African Methodist Episcopal (AME) Church, had a profound effect on African-American life, has been a force for abolition and civil rights since the late 18th century, was the first black church in New York City, and was located, before it moved to its current home in Harlem, in the heart of Greenwich Village. 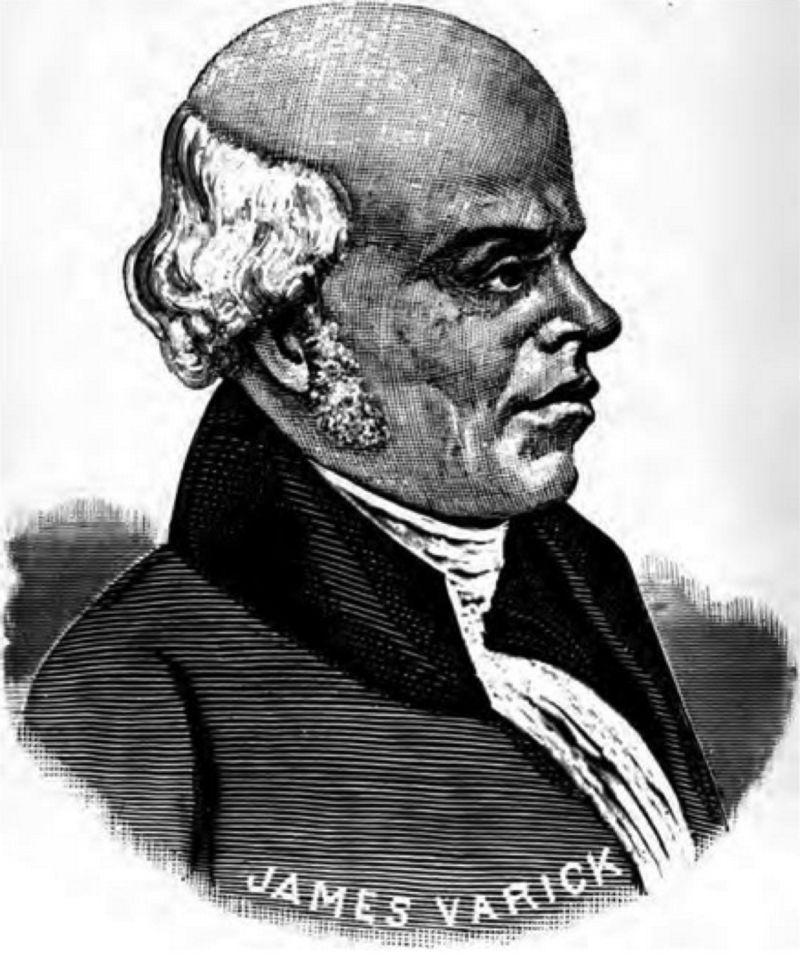 As a teenager, Varick joined the John Street Methodist Church, the oldest Methodist congregation in North America (the third incarnation of this church, built in 1841, still stands at 44 John Street, and is an individual NYC Landmark). As black attendance at the church increased, so did discrimination. While a former slave became a sexton and Varick rose to the level of deacon, the white-run congregation forced the black congregants to the back of the church. As early as 1780, blacks were holding separate services, and in 1796 James was one of the church leaders who further established the separate services.

Varick was a respected entrepreneur and orator. In 1799 black leadership decided to form a separate church. The African Methodist Episcopal Church was dedicated in October 1800 (Zion was added to the name in 1848). In March 1801 the church formally incorporated, requiring its trustees to be of African descent. Varick led the way to obtain their independent charter and legal documents to protect their investment from the white-run Methodist church.

The church thrived, operating out of a wooden building at the corner of Church and Leonard Streets. In 1807 it acquired its own burial plot, and in 1820 began erecting a new, brick building. However, while all the trustees, congregants, and preachers were black, there were no ordained black ministers. White ministers were needed to lead Sunday and other services. In July 1820, the trustees met at Varick’s house. They decided to give up the white ministers and pursue the ordination of black ministers. On September 13, 1820, Varick, along with Abraham Thompson, were selected by the congregation to become elders. They began holding communion services and developed a new book of discipline for the new church. The book was almost identical as the white Methodists as they had no issue with doctrine, just the racism.

On June 17, 1822, white Methodist elders ordained Varick, Abraham Thompson, and Leven Smith. Varick officially became supervisor of the church on July 30, 1822. In addition to his role as minister, Varick ran a school, was the first chaplain of the New York African Society for Mutual Relief, was a vice-president of the African Bible Society, and supported the establishment of Freedom’s Journal, the first American black newspaper. Under Varick’s leadership, this new church was the first of what would become over 3,000 African Methodist Episcopal Zion churches. The church currently has over 1.4 million followers.

In 1821, Varick helped petition the state constitutional convention for the right to vote. On July 4, 1827, the congregation celebrated when New York State enacted the final emancipation of Negro slaves. Several church windows were smashed by those unhappy about blacks obtaining their freedom. Varick died two weeks later at his home. His remains now lie in the crypt of the Mother African Methodist Episcopal Zion Church in Harlem.

The church continued to grow following Varick’s passing. The church became known as the “Freedom Church” because of its insistence on emancipation. Former slave Isabella Baumfree would join upon her arrival to New York City in 1829. She became a preacher and prophet, and stayed in the city for 14 years before declaring, “The Spirit calls me there and I must go”. In 1843 she took on the new name ‘Sojourner Truth’ and left to travel the country and preach about the abolition of slavery. Harriet Tubman and Frederick Douglass were also members.

Zion AME relocated to Greenwich Village at the height of the Civil War from prior locations in Lower Manhattan, reflecting the migration of the center of African-American life in New York uptown and into the Village in the 19th century. It stayed there until 1904, when immigration, construction of the subway, and new housing opportunities elsewhere in Manhattan led to the movement of the African-American community out of Greenwich Village.  The church would follow those migration patterns north, moving to the Upper West Side, and finally to Harlem, where it remains today.

2 responses to “James Varick, the Village, and Zion AME Church”