We have just added a new tour to our wildly popular East Village Building Blocks, our online tool which provides invaluable information about over 2,200 properties in the East Village. This tour takes you through the thirty individual New York City landmarks in the East Village  — one of the highest concentrations in New York City.  These include a public housing project, a medical dispensary, a horse auction mart, a bathhouse, a baked goods factory, a German shooting range, several churches, two libraries, and two cemeteries. They range from grand Beaux Arts buildings to modest or vernacular structures. The oldest one dates to 1799, while the youngest dates to 1935, and they include among the very first designated landmarks in New York City, as well as ones designated as recently as 2014.

You can view the tour in its entirety HERE, but here are just a few of the highlights: 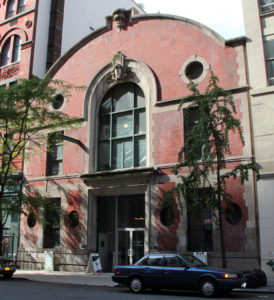 This has to be one of my favorite buildings — not just in the East Village, but in the entire city. It was designated a New York City landmark in 2012 after a six-year campaign waged by Village Preservation (GVSHP), and is also listed on the State and National Registers of Historic Places. It was designed by the firm of Jardine, Kent & Jardine in the Beaux-Arts style and served as a horse auction mart for the firm of Van Tassel & Kearny Auction Mart.  With the rise of automobile culture, the building was converted to other uses. In 1978, the structure was acquired by the painter, printmaker, and sculptor Frank Stella, who used it as his studio until 2005. Click HERE for the designation report. 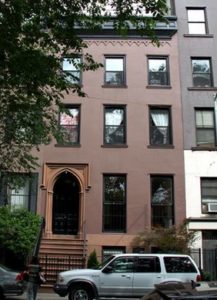 This Gothic Revival style row house was built in 1849, and from 1950 to 1954 was home to world-famous alto saxophonist and jazz composer, Charlie Parker, called “Bird.” He first came to New York City in the late 1930s, and along with trumpeter Dizzy Gillispie created the modern jazz style of bebop in New York in the 1940s. Click HERE for the designation report. 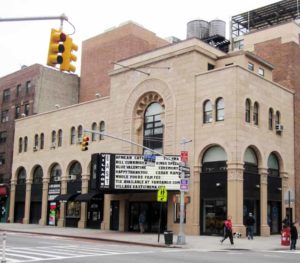 Designed by the prolific theater architect Harrison G. Wiseman, this building was constructed in 1925-26 for Louis N. Jaffe, a Brooklyn lawyer and prominent Jewish civic leader, who intended it as a permanent home for the Yiddish Art Theater, one of the leading Yiddish “art theater” companies, under the direction of preeminent Yiddish actor Maurice Schwartz. This building is also part of the East Village Building Blocks Jewish Rialto tour, click HERE. Click HERE to see the designation report.

But this is just a taste of the rich array of East Village individual landmarks you’ll find on the tour, which also includes a nightclub whose stage has been graced by everyone from Elvis to KISS, a still-functioning reform house for former women prisoners founded by abolitionist Quakers, and the oldest site of continuous religious worship in New York City.

Click HERE to see the tour of these and all thirty East Village individual landmarks. Click HERE to learn more about our advocacy efforts in this area.