Hettie Jones is a talented writer, a loving mother and grandmother, a forceful activist, a nurturing teacher, and a friendly neighbor and preservationist. She is the stuff neighborhood dreams are made of. Showing no signs of slowing down at 85, she is easily one of the earth mothers of our community – and we’re thrilled to honor her with a 2019 Village Award!

Hettie’s memoir, How I Became Hettie Jones, vividly describes this artistic whirlwind, her challenges as a wife and mother in a bi-racial family during Civil Rights Era, tensions with her Jewish family, and the challenge to find her own way as a poet and writer in a literary scene dominated by men.

Hettie and her Writing

Born Hettie Cohen in Brooklyn, New York, in 1934, Hettie Jones attended Mary Washington College before going on to earn a BA in Drama from the University of Virginia and pursue postgraduate work at Columbia University. 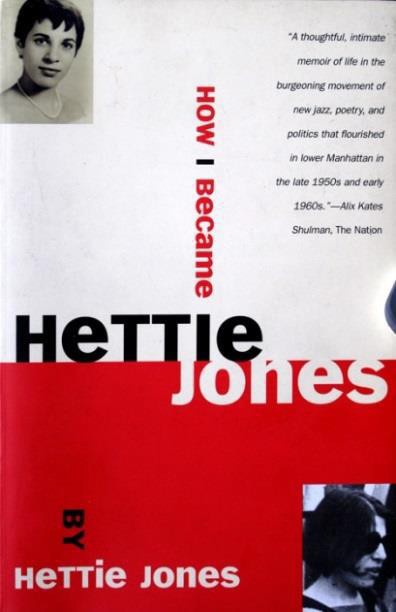 Her first collection of poems, Drive, was selected by Naomi Shihab Nye to receive the Norma Farber First Book Award from the Poetry Society of America. She is also the author of How I Became Hettie Jones (1990), a memoir of the beat scene of the fifties and sixties, which has been called “A feminist scrutiny…those lost decades needed, as the Beats themselves needed it.” In all, she’s written 23 books for children and adults, Hettie has been called a writer who is “fully present in the world…who has really thought about life.”

With her then-husband LeRoy Jones/Amiri Baraka, she established Yugen (1957-1963), a magazine that published poetry and writings by William Burroughs, Allen Ginsberg, Jack Kerouac, and others. She also launched Totem Press, which published poets such as Ginsberg, Gregory Corso, Frank O’Hara, and Gary Snyder.

In publishing and elevating the writing and work of others, Hettie’s legacy extends far beyond her own writing, and deep into the communities and lives that the New York and global poetry world hold dear. 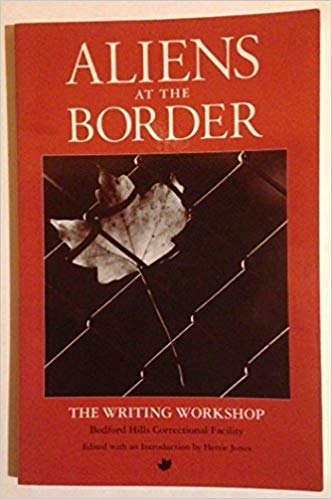 In addition to her writing, Hettie worked for years on the staff of the Partisan Review. Jones is the former Chair of the PEN Prison Writing Committee, and from 1989-2002 ran a writing workshop at the New York State Correctional Facility for Women at Bedford Hills, from which she published a nationally distributed collection, Aliens At The Border. From 1994-1996 she was a member of the Literature Panel of the New York State Council on the Arts, and subsequently served two terms on the Board of Directors of Cave Canem. She teaches a graduate course in creative writing at the New School, and her writing workshop for mothers at the Lower East Side Girls Club resulted in the publication of the collection, I Can Help You With That. Hettie told Village Preservation:

I have been teaching a memoir class for local women for the past two/three years. We began at the Lower Eastside Girls Club with a Civic Engagement Grant from the New School (where I teach) and have continued this past couple of years at the Howl Arts Gallery, with a grant from the Howl Arts director, Jane Friedman. I really like teaching people who don’t write professionally and some who have never thought about writing! it’s exciting!

Read more about Hettie in her own words – and see great photos of her home at 27 Cooper Square – here.

Hettie’s Homes in the Village

Hettie’s apartments at Morton Street, 14th Street, and 27 Cooper Square were — by her own account —“the scene of notorious parties,” at which one could have met jazz musician Cecil Taylor, artist Larry Rivers, filmmaker Jonas Mekas, and writers Allen Ginsberg, Frank O’Hara, and Jack Kerouac.

This artistic ferment was especially powerful at 27 Cooper Square, which helped nurture the influential Black Arts Movement. Beginning in 1962, this former rooming house’s proximity to the original Five Spot and the residents, Hettie and Amiri, the house attracted writers, artists, and others under the “Beat” and Black Mountain labels. Later in the 60’s, the house was the “headquarters” of the Black Arts Movement, an American literary movement to advance “social engagement” as a sine qua non of its aesthetic. Hettie still lives at 27 Cooper Square, after quite a battle to keep her home.

In 2007, when a hotel developer announced plans to build the 22-story Cooper Square Hotel, it looked like the 1844 Greek Revival house at 27 Cooper Square would be demolished. The four-story building that currently stands on this lot is of unknown origins. However, clues from a tax assessment records and historic maps indicate it might have been constructed between 1843 and 1845, as two narrow houses with ground-floor shops.

Given Hettie’s petite size, it would be easy to call her successful effort to save the structure a David-and-Goliath triumph, but that would diminish her accomplishment. Remarkably, her gentle but persuasive stress on the building’s age and artistic heritage convinced the hotel’s owners. They opted to spare the building and simply utilize the structure’s lower two floors for corporate headquarters. Hettie also convinced the hotel to reinstall the vintage stained glass window above the entrance door, which had been removed long before.

Village Preservation is thrilled to add Hettie Jones to our illustrious list of Village Awardees. This year, she is honored alongside the Christopher Park Alliance, The Source Unltd Print & Copy Shop, The Brant Foundation and Gluckman Tang Architects, Tea & Sympathy, The Bitter End, and the Regina Kellerman Award Winner, the Estate of Fred W. McDarrah. Learn more about all the awardees here.

Since 1991, Village Preservation honors neighborhood institutions and individuals at our Annual Meeting and Village Awards. This fun event highlights and celebrates the invaluable people, place, and organizations who make our neighborhoods some of the most interesting and exceptional in the city. The night also includes a review of the Society’s activities and accomplishments over the last year, and a reception to follow. All are welcome!

Join us to honor Hettie Jones on June 12th by RSVPing to attend our Annual Meeting and Village Awards here.